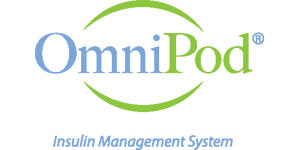 At the 2015 ADA Scientific Sessions, Insulet revealed the prototype of its latest PDM handheld for the tubeless OmniPod insulin pump – a slimmer, color touchscreen display upgrade from its current model. The new PDM is a definite improvement, featuring a roughly 25% larger screen area, a rechargeable battery that lasts for four days, and Bluetooth capabilities to pair with the Dexcom Gen 5 mobile app and potentially Insulet’s own app. An FDA submission is still expected by the end of this year, meaning it could potentially become available in early/mid-2016.

The new PDM still has a built-in blood glucose meter and is now compatible with FreeStyle Lite. The new PDM will connect to the same smaller OmniPod patch pump that has been on the market since February 2013. Unfortunately, we were not allowed to take any pictures of this new device, likely because it has not yet been submitted to the FDA.

For comparison, the new handheld is a bit longer and thicker than Tandem’s t:slim pump, the only currently available touchscreen insulin pump. We only saw a prototype version at ADA, though we did find that the new touchscreen was not as responsive as we would have liked – requiring harder pressing/swiping to navigate than smartphones. Insulet told us that the software will be optimized for launch, so this will not be an issue for the PDM that becomes commercially available.

Ultimately, this more modern design looks like a nice step up from the current offering, which has not been updated in several years. Many patients dream of being able to bolus and control the pod right from a smartphone app – an option that Insulet will be discussing with the FDA. Notably, while the FDA seems open to this, companies will have to do lots of software testing for safety, given the additional risks.