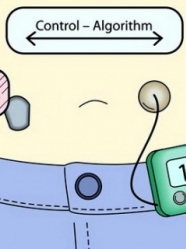 From November 8-10, 2012, the biggest names in the field of diabetes technology met for an annual summit in Bethesda, MD. The Diabetes Technology Meeting (DTM) always represents a great update on the field of devices, though it’s also becoming a great opportunity for researchers, companies and the FDA to interact. This year saw a particularly strong presence from the Agency, as FDA speakers offered candid insights on the biggest challenges facing our current regulatory process. As expected, the conference’s biggest topic of discussion was the quest for the artificial pancreas (also called the “closed loop”). As a refresher, the artificial pancreas takes CGM readings, processes them through a control algorithm, and directs insulin dosing on a pump, in order to automatically control glucose. For an introduction to this area of research, please see learning curve in diaTribe #39 and conference pearls in diaTribe #40.

Next Steps for the Artificial Pancreas

One of the big questions facing the development of the artificial pancreas is how best to minimize the risk of overnight hypoglycemia. One possibility put forward by researchers from the University of California Santa Barbara was to modify the closed-loop control algorithm, which during nighttime hours would automatically widen the boundaries of acceptable blood glucose levels. In other words, while the acceptable daytime range for blood glucose might be set at a tight 80-140 mg/dl, this range would shift upwards at night and expand to 110-220 mg/dl. Setting the lower limit at 110 mg/dl should decrease the risk of hypoglycemia, but it could also run the risk of raising A1c levels. Whether that would be an acceptable tradeoff to the FDA, insurers, doctors, and particularly patients is going to be a big question for artificial pancreas researchers. Still, it’s worth noting that this relaxed overnight glucose control might not actually increase A1c, especially since the reduction of hypoglycemia should also reduce the incidence of overtreatment and subsequent hyperglycemia.

Is the Closed Loop the Best Goal?

A major point of contention at DTM was whether it would be possible to design a fully reactive closed-loop system that is superior to any system requiring patient input. Many closed-loop designs utilize hybrid control, in which the user still is required to administer pre-meal boluses. Dr. Roman Hovorka of Cambridge University weighed in on this during one panel discussion: “It’s quite an important decision about which way to go. Without prandial [mealtime] dosing, I’m not sure it’s possible to get as good of control as with open-loop therapy [with patient input].” One benefit of retaining patient-directed mealtime dosing, according to Dr. Boris Kovatchev of the University of Virginia, is that it is less automated from a regulatory perspective. In other words, a system that still requires patient intervention would be viewed as an addition to, not an automated replacement for, existing basal-bolus therapy. From an FDA perspective, that’s safer than a system that controls glucose without any patient intervention.

Dr. Edward Damiano of Boston University remained a strong advocate of the potential of a fully reactive closed-loop system, pointing to his own results using such a system. In his trials, the closed-loop system that required no patient input achieved average blood glucose levels of 143 mg/dl, compared to 138 mg/dl for one using mealtime insulin boluses – this is not a significant difference, according to Dr. Damiano, with both results equivalent to an A1c of approximately 6.5%. We expect this debate will continue in the coming years.

The Importance of Glucagon

While we tend to think of the artificial pancreas in terms of insulin therapy only, there’s increasing interest in using glucagon. While insulin works to remove excess sugar from the blood and hence keep blood glucose levels low, glucagon balances this effect by causing the liver to secrete more glucose. This feedback system between insulin and glucagon is what helps prevent both hyper- and hypoglycemia in people without diabetes. Unfortunately, current formulations of glucagon, which require mixing a liquid and powder prior to use, are not optimal for use in a pump.

Encouraging news on this front came from Dr. Steve Prestrelski of Xeris Pharmaceuticals. The company is working on a stable formulation of glucagon that would not need to be mixed prior to use. Xeris plans to use the formulation in an auto-injector pen for the treatment of severe hypoglycemia (similar to an EpiPen), a mini-dose pen for the treatment of moderate hypoglycemia (e.g., 60 mg/dl), and a third formulation specifically designed for use in the artificial pancreas. A phase 2 trial is set to begin early next year, and the formulation will use an abbreviated FDA approval pathway. If regulatory and licensing discussions go well, Xeris’ glucagon could be on the market as early as 2014. The other key is development of a dual-chambered pump that can hold insulin and glucagon. As we understand it, Tandem Diabetes is at work on developing such a pump.

Perspectives from The FDA

Finally, an important ongoing question is whether smartphones are reliable enough to integrate multiple diabetes management systems. While the ability to use a smartphone for closed-loop control (including CGM and insulin pump commands) would be a welcome advance in convenience for people with diabetes, the FDA’s speakers at DTM were skeptical that any current smartphone could be trusted to do the job. As the FDA’s Dr. Patricia Beaston argued, there is a risk that the smartphone’s other software (or even viruses) could interfere with or corrupt the critical functioning of the diabetes-related software. To get around this issue, some researchers have opted to use off-the-shelf consumer cellphones, but with some key modifications – e.g., all the software has been removed, no calling capabilities. However, many believe dedicated devices will need to be developed instead of using consumer grade cellphones.

Dr. Damiano noted that the controller for his artificial pancreas system involves an iPhone 4S, and so he would not be able to begin a crucial trial without first replacing the iPhone with a new, medical-grade device that is dedicated solely to the task of controlling glucose. While the FDA’s caution with regards to overdependence on smartphones in diabetes care is understandable, all indications are that smartphones are only going to be more tightly integrated in diabetes management moving forward. As such, we are hopeful that the FDA will work with researchers and companies to bring smartphones to the point that they can be relied upon to manage multiple aspects of diabetes care. This is important not just from an ease-of-use perspective – as reimbursement becomes increasingly difficult for new medical devices, smartphone integration may well become many people’s most cost-effective option for diabetes technology.