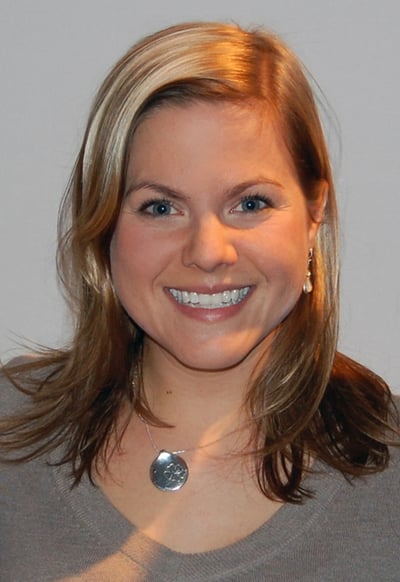 Not many people connect major pharmaceutical companies with social media – probably because at first glance, social media is associated with individuals and “Big Pharma” with large corporations. However, the industry is starting to grapple with how they can appropriately use and support social media, help patients, and, of course, promote their own interests. Here’s my take on the second annual Roche Social Media Summit, which is a gathering of leading patient advocates and social media commenters. (Disclosure: Roche did pay our travel and lodging, and they also had the guts to let the opinions and subsequent unedited blog posts fall where they may.)

Last year, at the first Summit (see Learning Curve from diaTribe #17), about 30 bloggers gathered to talk about social media and Pharma. Almost all of the bloggers had type 1 diabetes, save two or three people with type 2 diabetes, two parents of children with diabetes, and one spouse of a woman with diabetes.

At that first meeting, we talked about ways that pharmaceutical companies can appropriately enter the social media space without being received badly – a handful of companies had been using social media actively at that time and certainly many more are by now. We concluded that Pharma needs to simply say, "We aren't living with diabetes, but we want to help improve the lives of people living with diabetes – that's why we are here and that's why we want to be engaged" ...that kind of disclosure and transparency will go a very long way. (But I must add that there are a lot of notable PWDs actually working in the diabetes industry, like Jeff Halpern at Abbott, Andreas Stuhr at Roche, and many others. PWDs are not only using these products and services, but we’re also instrumental in developing them …and that’s truly awesome.) In addition to hitting on social media themes, we also talked about ad campaigns and how people with diabetes don’t always want to see the perfect “104 mg/dl” as every result in a meter commercial. (Because that’s what my blood sugar result is all the time. Right? Um, right.)

Fast forward to the 2010 Summit. For this second year, the Summit took place in Orlando, Florida. This time, we grew to 37 attendees, with the type 2 population represented more strongly (although still vastly outnumbered by people with type 1). The Roche team started out by telling us what it had done with the information from our discussions last year. Before they could even outline what they had accomplished, DiabeticFeed host Christel Marchand Aprigliano raised her hand and said, “I saw the commercial. The meter? Said 273 mg/dl. A real result – not 104. I almost cried. You guys really listened.”

Roche did more than just change a number on their meter marketing campaign, though. Last year, we told them we would like more direct discussions with the ADA – and this year there was an ADA panel (more on that in a minute). Last year, we lobbied for cheaper test strips, and this year they told us about a program to help offset costs for PWDs, namely a prescription discount card to help buy-down copays to $15 (covers Roche products). Roche also implemented an Accu-Check patient assistance program, partnering with Direct Relief USA, to provide testing supplies to those without insurance – to the tune of 90,000 bottles of test strips. And when we talked about our desire for increased diabetes advocacy last year, Roche created the Diabetes Care Project, which is a coalition of organizations that have come together to focus on improving care and developing a standard of care to put into action for people with diabetes.

These programs aren’t just lip-service. This is real change, put into action at least partly as a result of the first Summit. Proof positive that diabetes advocates have the power to make a difference.

As I had mentioned, part of this second Summit included meeting with members from the American Diabetes Association (ADA). Emotions ran high as the bloggers in the room peppered them with questions about their budget and questioned the “real mission” of the ADA. Dr. David Kendall, the new Chief Scientific Officer of the ADA, was part of the panel and confessed at the start of his talk that the ADA has “lots of information and connections, but admittedly have not been the best listeners in the world.” He said that the ADA’s mission was to share, act, learn, and give around the cause of diabetes. The Summit attendees listened raptly as Dr. Kendall talked about education and outreach efforts by the ADA (camps, expos, etc.) and the mission of the ADA to “STOP Diabetes.” Dr. Kendall also spoke at length about the ADA’s involvement with the Americans with Disabilities Act and their efforts to curb employment discrimination. There were very lively discussions between the Summit attendees and the ADA panel, hitting on topics like the perceived lack of the ADA’s focus on adults with type 1, but both sides were definitely listening to one another. The ADA panel included several type 1 adults, including Amy Johnson (ADA 2010 National Youth Advocate) who blogged about our meeting that night and Dayle Kern (from their Communications team), who spoke earnestly about the mission of the ADA and how they were a part of it. With panel members who were part of my demographic, I did feel more of a connection to ADA as a result.

There was also a discussion with two members of the American Association of Diabetes Educators. We, as a group, wanted to know how to recruit new educators to help us, how to become educators ourselves, what the requirements are for becoming a certified diabetes educator, and how we could be part of this education movement. Because the AADE isn’t actually the organization that sets the “rules” for becoming a CDE, it would have been even more effective to have a representative from the National Certification Board of Diabetes Educators join the discussion. However, what we did learn from the AADE reps surprised us (As in, there are only about 40 people who work for the AADE, which is shocking, considering the size, scope, and efficiency of their yearly conference!). The AADE advocates mainly for diabetes educators, and we spoke, as a group, about the alarming lack of CDEs accessible to patients with diabetes. The current exam is limited to those who are eligible to take it (and the requirements are extensive), so part of our discussion at the Summit included the potential development of an “unofficial CDE,” namely a patient “slice of life” expert who could offer insight to fellow patients, without the official “CDE badge.” This idea falls neatly in line with the vision of the Summit, which acknowledged the teaching power of “real people” – advocates like the Summit attendees. While the discussion with the AADE wasn’t specific to their organization, it spoke to the need for more diabetes education (and educators!) as a whole.

Overall, I'm happy that Roche wanted to sit in the same room with a bunch of bloggers. (We aren't known for being quiet or demure, that's for sure, and we don't have a penchant for kissing up. They had to hang out with the group of us, and our opinions, raw and unadulterated.) Yet, this is the second year they've invited us to meet with them – I remain impressed at their trailblazing efforts. And now that they have a new Summit’s worth of information to reign in, I’m excited to see what next year’s meeting may bring.