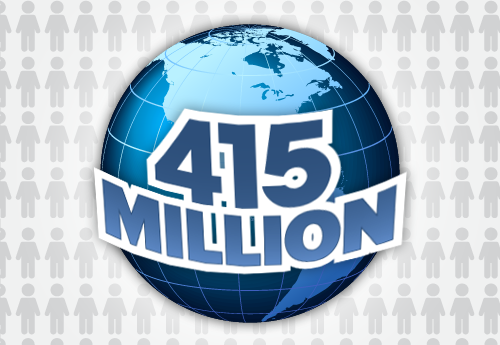 The International Diabetes Federation released today the 7th Diabetes Atlas, a major research endeavor highlighting the global burden of diabetes. The main takeaways? Globally, 415 million people now have diabetes – that’s one in eleven adults, up from one in 160 (!) in 1985 when only 30 million people globally had diabetes. By 2040, it’s predicted that number could grow to 642 million. Other key findings include:

To see the rest of the findings, check out diabetesatlas.org, and stay tuned for the full presentation of the results at the World Diabetes Congress in Vancouver. -AR/AJW