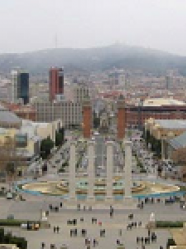 Each year we look forward to the Advanced Technologies & Treatments for Diabetes (ATTD) annual meeting for the latest in diabetes technology, from the artificial pancreas to CGM and the newest in software to insulin delivery. This year, a record 1,656 participants descended on beautiful (and chilly!) Barcelona. The major focus, as expected, was the artificial pancreas (AP), with six sessions and an all-day AP@home conference devoted specifically to the hot topic. ATTD 2012 also offered a glimpse into the powerful data being gathered by the T1D Exchange, a registry of nearly 25,000 type 1 diabetes patients in the US. 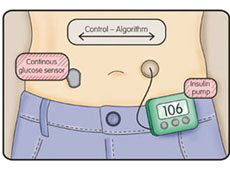 the artificial pancreas moves into the “real world”

An artificial pancreas continuously monitors glucose levels (via CGM) and automatically delivers insulin in response (via an insulin pump and a computer algorithm; for more information, see the Artificial Pancreas section of our free e-book, Targeting a Cure for Type 1 Diabetes). ATTD 2012 featured updates on the first two artificial pancreas trials that have taken place outside the hospital and allowed patients to use the system in more real world, less heavily monitored scenarios. We note that at this point, these types of trials are more concerned with demonstrating safety and technical feasibility than achieving superb glycemic control.

The first AP update at ATTD came from a European study sponsored by JDRF. Participants wore an Insulet OmniPod pump, a Dexcom CGM, and used an Android cell phone that runs a computer algorithm and controller application. The system, called the Diabetes Assistant, was developed at the University of Virginia and was first demonstrated at the Diabetes Technology Meeting in November 2011 (see Conference Pearls in diaTribe #38). As part of the trial reported at ATTD, six participants wore the artificial pancreas for 18 hours outside the hospital, including sleeping in a hotel and dinner at a restaurant. While it is not fully automated (i.e., users still had to bolus for meals), it does “control-to-range” – meaning that based on a series of CGM values, it infuses the appropriate amount of insulin to keep users in a glycemic zone such as 70-180 mg/dl. Encouragingly, the artificial pancreas system in the study kept individuals in the target range 60-70% of the time without hypoglycemia. The Diabetes Assistant was not able to demonstrate that it is superior to completely manual blood glucose control in this trial. However, it has shown it is safe and we have no doubt that systems in the near-term future will perform even better.

We also heard inspiring results from an overnight study of the artificial pancreas that has now taken place at three diabetes camps in Europe. Fifty-six patients were studied over a two-night period. On one night, participants wearing an insulin pump and CGM controlled their diabetes as they normally would (known as “open-loop control”). On the other night, participants wore an artificial pancreas (“closed-loop control”), which included an insulin pump, a CGM, and a bedside laptop (the researchers are currently developing a smaller, more portable system to hopefully run on a cell phone). All patients were simultaneously monitored overnight from a central command and control center – we think this is one of the coolest and most impressive parts of the system. Compared to standard open-loop therapy, those wearing the artificial pancreas spent more time in range and had a lower rate and duration of hypo- and hyperglycemic events. The researchers even screened a dramatic video documenting the first phase of the study in Israel, with a focus on the children who bravely entrusted their sleep to science. Those interested can view the video at: http://youtu.be/9HMx8yy2nVw

Finally, ATTD gave us a glimpse into the near-term and long-term future of artificial pancreas research. In the near term, we heard about an intriguing study planned to begin at Mass General in Boston this summer. Participants will wear two Tandem t:slim insulin pumps (one to deliver insulin, one to deliver glucagon), a CGM, and use an iPhone 4S to control the artificial pancreas system. This is known as a bi-hormonal system, which will automatically infuse insulin if the blood sugar is too high (either in response to a basal rate being too low or in response to too little insulin being taken as bolus) and infuse glucagon if the blood sugar is too low. Participants in the study will wear the artificial pancreas for five days and be permitted to roam freely around the Massachusetts General Hospital Campus – they will have free access to the gym, a nurse chaperone for safety during the day, and no set schedule or diet. At night, participants will sleep in the hospital with frequent blood glucose sampling. This initial trial will enroll adults, although future studies are planned for 12-17 year olds at a diabetes camp (2013) and newly diagnosed patients (2013-14). We are certainly glad to see that artificial pancreas research is moving out of the hospital and into more real world environments. These types of studies are essential to perfecting the systems and identifying any faults before they can be fully developed, submitted to regulatory authorities, and brought to market.

In the more distant future, we enjoyed hearing a full session on combining insulin infusion and CGM sensing into a single site (“single port”). This was a unique topic that we had not previously seen or heard much about, although it would certainly be a boon for patients. The data is still very early stage, but it’s a sign of what we can look forward to as diabetes technology continues to improve.

impressive data from the T1D Exchange

One of the other major highlights from ATTD was a full session on the T1D Exchange, a cohort of 25,000 people with type 1 diabetes in the US. The registry was launched through a $26 million grant from the Helmsley Charitable Trust and gathers data on patients from 67 clinical centers across the United States. The T1D Exchange will also include “Glu,” (https://www.myglu.org/), which will serve as a social networking site for people with type 1 diabetes once it is launched in the coming months.

One of the major ideas behind the T1D Exchange is to gather “real life” data to help answer which treatments and practices actually improved patient outcomes, and perhaps to even challenge or confirm many of the assumptions held about diabetes care. Of course like any observational dataset, the Exchange cannot directly address important questions of causality (e.g., is therapy X beneficial, or is it just more likely to be used by the type of patients who would somehow have achieved better outcomes anyway?) – but some very, very strong associations do jump out just from looking at the data. For example, patients who tested their blood glucose ≥10 times versus 0-2 times per day were seen to have nearly 2.0% better A1c. This relationship was maintained when results were broken down by age group and insulin delivery method. Insulin pumps and CGMs were associated with notable benefits as well, including better A1c (~0.5%) and lower rates of severe hypoglycemia and DKA.

The exchange also revealed areas where diabetes care and technology can improve. For instance, only about 2% of patients over 13 years old perform weekly downloading of data. CGM use was also quite low in the dataset – at most 3% in patients under 25 years and 14% in patients over 26 years (we believe actual use nationally is even lower). Rates of severe hypoglycemia and DKA were also quite high in the Helmsley dataset, suggesting that diabetes care and technology still has ample room to improve the day-to-day lives of those with type 1 diabetes. We are grateful for the brainpower put into the T1D Exchange thus far, and we look forward to seeing how the data will benefit future patients, physicians, and researchers, particularly in shaping policy and payments.