Twitter summary: Lots of updates in #t2d at #2014ADA – will new exciting drug combinations make the gains of note that are needed? Also, new ways to make drug delivery easier.

Short summary: This month, one of the largest diabetes conferences of the year, the 74th annual Scientific Sessions of the American Diabetes Association, which was held in our home town of San Francisco. In the type 2 sphere, the conference highlighted exciting drug combinations including GLP-agonists with insulin, as well as SGLT-2 inhibitors with DPP-4 inhibitors. Also, we saw a focus on ways to make taking drugs easier to use and understand.

A big focus at ADA was the study of drug combination therapies for the treatment of type 2 diabetes. Several big trial results were presented, including those for Novo Nordisk’s IDeglira, Sanofi’s LixiLan, and Lilly/BI’s Jardiance/Trajenta therapies.

SGLT-2/DPP-4 inhibitor combination therapies continue to be a promising option for type 2 diabetes, particularly since they will be available as a single pill. This combination should represent less of a burden to patients than managing multiple medications at once. What’s particularly exciting about this combination is that these two drug classes work in entirely different ways. SGLT-2 inhibitors cause the body to excrete excess glucose in urine – an insulin-independent process you can learn more here – whereas DPP-4 inhibitors use the gut hormones to make the body produce more insulin in response to food. Studies on Lilly/BI’s Jardiance/Trajenta combination therapy resulted in an average A1c reduction of over 1%, as well as greater fasting glucose reductions compared to each drug by itself. This drug has been submitted to the FDA and is awaiting approval.

A focus on improving drug delivery

Although new drug options are essential, we were glad to see work being done to make taking drugs easier and faster. Eli Lilly presented a poster on its once-weekly GLP-1 agonist dulaglutide with a single-use pen, which found that participants had very little injection pain, thought the pen was easy to use, and had reduced fear of self-injecting. This news comes right on the heels of the launch of AstraZeneca’s improved pen for the GLP-1 agonist Bydureon (once-weekly exenatide) – read more on this device here. 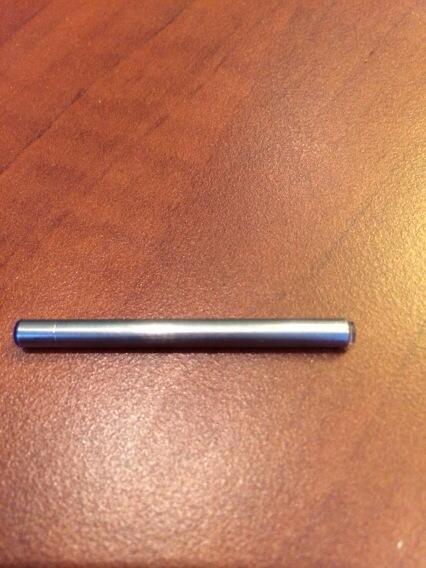 On a more experimental note, excitement surrounded Intarcia’s ITCA-650, a small device for type 2 diabetes that continuously releases exenatide (a GLP-1 agonist). The device is implanted under the skin for three or six months and preliminary results (first shared earlier this year) look promising – after six months, A1c declined by an astounding 3.2% from a high 10.9% baseline. We had a chance to see the insertion and removal procedure, which were both simple – the insertion took a matter of minutes and removal a matter of seconds. The device is implanted through a tiny, 4 mm incision using a small insertion device. No stitches are even needed, and the incision is essentially covered with a Band-Aid. The device is currently in phase 3 trials.

Also in drug delivery, TransTech Pharma has been working on a GLP-1 agonist that could be taken as a pill instead of an injection, which would be a clear win for patients. This drug is still at an early stage, but it could make it much easier for patients to start and stay with a GLP-1 agonist.