Alert! Seniors on Medicare, Look For Access to the Diabetes Prevention Program 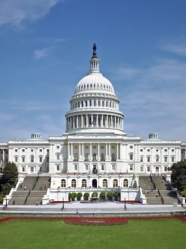 Exercise and weight loss have been shown to significantly reduce a person’s risk of moving from prediabetes to type 2 diabetes. However, insurance coverage for these lifestyle-based prevention programs is relatively rare, which often makes them too expensive for many who are at the greatest risk. To that end, Senators Al Franken (D-MN), Richard Lugar (R-IN), and Jay Rockefeller (D-WV) recently introduced the Medicare Diabetes Prevention Act of 2012, which if enacted would provide seniors access to the Diabetes Prevention Program (DPP) through their Medicare benefits (read full details of the bill here). A landmark clinical trial found that the DPP reduced the risk of diabetes by 71% in people over 60. The program is currently offered at over 300 YMCA branches in 30 states (see new now next in diaTribe #23). Over 16 weeks, the DPP sets two main goals for its participants: to reduce body weight by 7% and to participate in at least 150 minutes of physical activity each week. The ADA has strongly endorsed both the DPP and the Medicare Diabetes Prevention Act.

The bill suggests that extending access to the DPP to all Medicare beneficiaries could prevent as many as three million people with prediabetes progressing to diabetes between now and 2020. Because medical expenses for people with diabetes are more than double those without the condition, the total savings are estimated at over $190 billion over the next decade. The bill could also pave the way for further expansion of coverage so that even more of the estimated 67 million Americans with prediabetes can gain affordable access to the DPP. Unfortunately, the congressional monitoring site GovTrack gives the bill a relatively low probability of being passed, though our fingers are crossed, and we will continue to keep tabs on its progress over the coming months. If you’re looking for ways to advocate for the bill’s passage, check out Kerri Morrone-Sparling’s sum musings in diaTribe #46. –AW