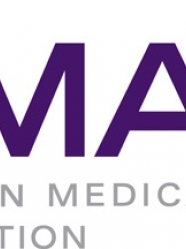 On June 18, the American Medical Association (AMA) officially adopted policy recognizing obesity as a disease. Although the decision does not have legal force, some doctors and obesity advocates hope it will bring increased attention to obesity and improve reimbursement for services such as anti-obesity drugs, surgery, and counseling. It could potentially improve the prospects for two new obesity drugs that were approved last year –Vivus’ Qsymia (phentermine and topiramate extended-release) and Eisai/Arena’s Belviq (lorcaserin). We view the AMA's decision as a big positive for patients since it could increase the attention physicians give to weight and make treatment options more accessible. We also hope it signals a broader societal shift in the perception of obesity – one that moves away from viewing it as a shameful cosmetic flaw or personal failing, and toward seeing it as a disease requiring medical attention. Indeed, we are already starting to see some changes. The day after the AMA's decision, the bipartisan "Treat and Reduce Obesity Act" bill was introduced to Congress. The bill has several components that include obesity drug coverage under Medicare and improved access to behavioral counseling. We very much hope that other professional organizations will follow the AMA – AACE, ACC, The Obesity Society, and ENDO already have! –NL/HD