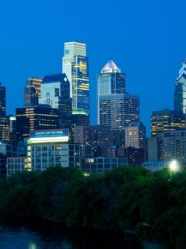 The American Diabetes Association’s (ADA) 72nd Scientific Sessions brought over 17,000 attendees to Philadelphia in early June for one of the year’s largest diabetes conferences. The five-day gathering featured 160 sessions, more than 380 oral presentations, over 1,500 posters, and more than 185 companies in the exhibit hall. Here are some of our biggest takeaways from our trip to Philadelphia.

The Newest on Blood Glucose Monitoring, CGM, and the Artificial Pancreas

In CGM, one of the most notable presentations included new accuracy data from a 72-patient study of Dexcom’s G4 sensor. Compared to the current Seven Plus, the G4 was found to be around 20% more accurate and significantly better at reliably transmitting data to the receiver. As we noted in new now next in diaTribe #43, Dexcom’s new device was recently submitted to the FDA, and the company hopes for approval before the end of 2012. Medtronic also had a poster on its new Enlite CGM sensor at ADA (recently submitted to FDA along with the US version of the Veo insulin pump; see new now next in this issue). The Enlite sensor is over 20% more accurate and 69% smaller in sensor size by volume compared to the current Sof-Sensor. More broadly, we also heard many discussions at ADA on why some patients do not continue using CGM (e.g., frustration, alarms, information overload); how to measure glycemic variability and if it matters (the jury is still out on both, though we believe the proper trials have not yet been conducted); and how to interpret CGM download reports (one speaker advocated taking a “macro-micro” approach, first using the modal day report to look for broad trends and then looking at individual days).

Last but certainly not least, the artificial pancreas created plenty of buzz. There was clear focus on making it portable, especially as studies move outside the hospital. Dr. Ed Damiano (Massachusetts General Hospital, Boston) discussed his team’s work on developing an insulin/glucagon (bi-hormonal) artificial pancreas. He piqued the audience’s interest by showing off the system that will be used in an upcoming study – the hardware consists of two Tandem t:slim insulin pumps delivering insulin and glucagon, an iPhone to run the controller algorithm and communicate with the pumps (no laptop or tablet required), and a Navigator or Dexcom G4 CGM. Dr. Damiano was actually wearing a CGM during the presentation and showed the audience his streamed, real-time glucose information on the iPhone – very cool! For more on the team’s ambitious upcoming studies, please see conference pearls in diaTribe #40.

We also relished the chance to attend a closed-loop research meeting sponsored by the JDRF and the National Institutes of Health. The greatest minds in the field presented updates on their research and showed off their increasingly portable systems. We’re glad to see so much emphasis on making the artificial pancreas patient-friendly; certainly, no one with diabetes wants to be tethered to a laptop computer! Finally, we saw the first data on Animas’ Hypoglycemia-Hyperglycemia Minimizer System, which consists of a Dexcom Seven Plus CGM, a OneTouch Ping insulin pump, and a controller algorithm running on a laptop computer (for now…). The system aims to keep patients within the zone of 90-140 mg/dl – this means that if glucose is trending too high or too low, insulin infusion will automatically be increased or decreased to keep the user “in zone.” Encouragingly, the system kept patients in the zone of 70-180 mg/dl nearly 70% of the time, with only 0.2% of the time spent in hypoglycemia. This was despite two high-carb meals and deliberate under- and over-bolusing (in some cases up to 50%). We look forward to seeing further studies of the device, especially when it becomes easier to carry around.

ADA 2012 showed us the improvements in insulin coming from Eli Lilly, Novo Nordisk, and Halozyme. First, Eli Lilly showed data comparing its new basal insulin, LY2605541, to Sanofi’s Lantus. Though both were similar in terms of fasting blood glucose and A1c, those using LY2605541 exhibited a lower rate of nocturnal hypoglycemia, lower glycemic variability within days, and had one pound of weight loss (in contrast to around half a pound of weight gain seen with Lantus). However, LY2605541 was associated with higher levels of triglycerides and certain liver enzymes – these will be important safety considerations as the insulin is tested in a much larger upcoming study. Also on the basal insulin front were a number of presentations on Tresiba (Novo Nordisk’s degludec). We did not learn much beyond what we’ve already written about it (see new now next in diaTribe #37, new now next in diaTribe #33, and new now next in diaTribe #30), but we were encouraged to see more data to support the drug’s flatter profile, long duration, and less nocturnal hypoglycemia. As a reminder, Novo Nordisk has already submitted the new insulin for FDA approval and expects to hear back on October 29, 2012.

On the fast-acting insulin side, Halozyme had a number of encouraging presentations. The company is attempting to produce faster-acting insulin by adding an enzyme (PH20) that would temporarily degrade connective tissue in the skin, allowing insulin to be absorbed more quickly. Halozyme is testing two approaches: (1) combining PH20 with current insulins like Novolog, Humalog, and Apidra (a “co-formulation”) or (2) an injection of PH20 prior to inserting an insulin pump infusion set (“pre-administration”). Both approaches have been shown to significantly speed the action of insulin. In a study of 117 people with type 1 diabetes on multiple daily injections, a PH20 co-formulation with Novolog or Humalog reduced post-meal blood glucose by 82% relative to Humalog use alone (a separate study in people with type 2 diabetes found a 21% benefit). Another study testing pre-administration of PH20 also showed encouraging results: those who took an injection of PH20 prior to inserting a pump infusion set had a one-hour post-meal blood glucose of 143 mg/dl, compared to 184 mg/dl when PH20 was not used. Thus far, there have not been any safety concerns with Halozyme’s PH20. Further studies of both approaches are planned, and we certainly hope these early results are confirmed.

The Results of the ORIGIN Trial

Lastly, one of the most highly anticipated sessions at ADA 2012 discussed the results of the ORIGIN trial (Outcome Reduction With Initial Glargine Intervention). The study was initiated in 2003, sponsored by Sanofi, and included 12,537 participants with prediabetes or early-stage type 2 diabetes. ORIGIN was designed to clarify the long-standing question of whether intensive glycemic control (through use of insulin) and/or use of an omega-3 fatty acid supplement could decrease the risk of cardiovascular disease. After entering the trial, participants were randomized to one of four groups: (1) use of Lantus (Sanofi’s basal insulin); (2) use of an omega-3 fatty acid supplement; (3) use of both Lantus and an omega-3 fatty acid supplement; or (4) use of placebo. The four groups were then followed for an average of six years.

Overall, ORIGIN found that use of Lantus did not increase the risk for cardiovascular disease or cancer – reassuring news for patients, although the six-year follow-up period may have been too short to definitively detect any increased or decreased risk. Treatment with Lantus did, however, reduce the risk of progression from prediabetes to diabetes by 28% as compared to those who did not receive Lantus. As expected, treatment with Lantus did modestly increase weight and the risk for hypoglycemia. With regards to omega-3 fatty acid supplementation, no effect on cardiovascular disease was observed, although a significant benefit on triglyceride levels was detected. From doctors we’ve spoken to, the results of ORIGIN were mostly unsurprising, and many believe the trial will unlikely affect the ways diabetes and prediabetes are treated today. We will be interested to see whether any difference in risk for cardiovascular disease emerges in the ORIGIN follow-up study ORIGINALE, which will monitor trial participants for at least two more years – we hope to see an even longer follow-up after that.