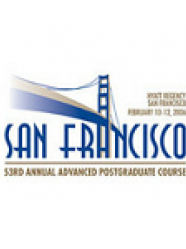 Recently, the diaTribe team attended the ADA's 57th Annual Advanced Postgraduate Course in our hometown of San Francisco, California. We look forward to this conference every year for its star-studded selection of speakers and strong focus on diabetes management. This year was no exception - we heard from prestigious faculty on topics ranging from large-scale diabetes trials to new and exciting therapies for type 2 diabetes. There was also a special emphasis on managing cardiovascular risk in diabetes, taking into account the “triple goal” of controlling glucose as well as cholesterol and blood pressure. Below, we review what we believe were the major themes and takeaway messages from the conference.

There is no question that controlling glucose is beneficial. However, there seems to be a growing emphasis in the diabetes community on the importance of “global cardiovascular risk reduction,” meaning properly managing other conditions associated with diabetes (high cholesterol, high blood pressure) to reduce the risk of heart attacks and related complications. Dr. Peter Reaven noted that the positive effects of lowering glucose on the heart likely accrue over a long period of time and may only provide meaningful benefit in those with early-stage type 2 diabetes (diagnosed within the past five years). Importantly, very tight glucose control may actually be harmful in certain individuals who are older, have a history of cardiovascular disease, or experience frequent or severe hypoglycemia (less than 40 mg/dl). The Chief Scientific & Medical Officer of the ADA, Dr. David Kendall, also endorsed this comprehensive approach to treating diabetes, noting that blood pressure and cholesterol management reduce cardiovascular risk by a greater degree than lowering A1c. ADA President Dr. Richard Bergenstal explained several methods to improve the clinical management of diabetes. He stressed the importance of properly administrating insulin, criticizing doctors for delaying insulin therapy or improperly dosing insulin; as a reminder, people with type 2 diabetes require insulin once oral medications become ineffective at controlling blood sugar levels. In addition, he urged doctors and individuals with diabetes to agree on treatment goals and frequently interact to ensure that the goals are met. He ended his presentation by describing the potential of emerging GLP-1 therapies to help achieve the “triple goal” of A1c (less than 7%), blood pressure (less than 130/80 mmHg), and cholesterol (LDL <100 mg/dl). (The diaTribe team recently had the opportunity to interview Dr. Bergenstal - click here to read this fascinating interview.)

If you have read a previous edition of Conference Pearls or read about novel therapies for type 2 diabetes, you have surely heard about incretin therapies. “Incretin therapy” is a term used to describe both GLP-1 therapies (such as Byetta, or exenatide, and Victoza, or liraglutide) and DPP-4 inhibitors (such as Januvia, or sitagliptin, and Onglyza, or saxagliptin). Former ADA President Dr. John Buse gave an excellent talk titled “What's New in Incretin-based Therapy?” He characterized DPP-4 inhibitors as “by far the best tolerated agents today,” with minimal side effects. Currently, Januvia and recently-approved Onglyza are the only two DPP-4 inhibitors on the market. Dr. Richard Pratley felt that the ease of use and glucose-lowering effects of DPP-4 inhibitors warranted their use in older adults. In addition, Dr. Buse also discussed the advantages and disadvantages of GLP-1 therapies. Currently available GLP-1 therapies include Byetta and recently-approved Victoza. In addition to reviewing clinical trials of Byetta and Victoza, Dr. Buse focused on the effects of Bydureon, a once-weekly form of Byetta, which has been shown to have remarkable effects on blood glucose and substantial weight loss effects. However, he reminded that these drugs require injection (Byetta requires twice-daily injection and Victoza requires once-daily injection), and many people (roughly one-third) experience nausea after using these drugs, a current limitation.