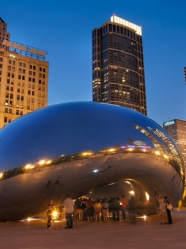 Last month in Chicago at the ADA meeting, the most important scientific diabetes meeting of the year, updates for type 1 diabetes included lots of news on diabetes technology, exciting new data on Forxiga (an SGLT-2 inhibitor), and a 30-year update from DCCT/EDIC, the landmark study on tight glycemic control. We also saw striking research being done to improve pumps and CGMs for people with type 1 or type 2.

A New Therapy for Type 1 Diabetes?

One key therapy study was of dapagliflozin, an SGLT-2 inhibitor from Bristol-Myers Squibb and AstraZeneca. As a reminder, this type 2 diabetes drug class causes patients to excrete excess blood glucose through their urine. When trial participants took Forxiga over a 14-day period, their average daily blood glucose dropped by 10-20 mg/dl (relative to placebo) with less glycemic variability. Perhaps most notably, they were able to take about 16-19% less total insulin than normal. A separate study of BI/Lilly’s empagliflozin also revealed similarly positive results over a much longer eight-week study period: a 16% decrease in insulin requirements, a 0.4% decline in A1c (from a starting baseline of 8%), and one-third of the hypoglycemia seen before the study. We note that Lexicon is also developing its SGLT-2/SGLT-1 inhibitor, LX4211, for type 1 diabetes, though very little has been shared at this time.

SGLT-2 inhibitors would have a few key advantages for type 1 diabetes: 1) they come in pill form and are taken once per day; 2) no finely tuned titration or dosing is really needed, since the pill works in a glycemic dependent fashion (as glucose goes higher, the drug causes you to excrete more glucose through the urine; the reverse is true as glucose declines); and 3) there is a very low risk of hypoglycemia  (except from insulin; protocol assumes insulin dosing is scaled back appropriately). There is generally some increased risk of urinary tract and genital infections, though these are usually successfully treated and caused few participants to leave clinical trials – many experts believe these are not a major concern and we certainly believe they should be more manageable than many other side effects like weight gain, nausea, etc. As more studies report results in type 1 diabetes, a clearer view of the drug’s effects and optimal usage will emerge. We are hopeful that all companies developing SGLT-2 inhibitors for type 2 diabetes will also pursue FDA approval of the drug class in type 1. Currently, two SGLT-2 inhibitors are on the market for type 2 diabetes: J&J Janssen’s Invokana (canagliflozin) in the US and BMS/ AZ's Forxiga in Europe (we expect US approval at the end of 2013 or early 2014).

Striking Improvements in Hypoglycemia with the Medtronic MiniMed 530G/Veo

On the technology side of ADA, there were two major studies that examined the Medtronic Veo with low glucose suspend. In the US, the pump is called the MiniMed 530G and is still under FDA review (the latest timeline calls for approval before the end of 2013). As a reminder, this first step toward the artificial pancreas includes a “threshold suspend” feature. This technology automatically suspends insulin delivery for two hours after a set low blood glucose threshold (e.g., 60 mg/dl) is reached on the CGM and the user does not respond to alarms. The pump has the most utility at night, when people often do not wake up to alarms and consequently, cannot treat their low blood glucose.

Dr. Trang Ly (Princess Margaret Hospital, Perth, Australia) presented results from a six-month study that compared using the Veo pump (with CGM, with low glucose suspend) to a pump alone (no CGM, no low glucose suspend) in people who are hypoglycemia unaware. In the six-month study, those using the Veo with low glucose suspend decreased their number of severe hypoglycemic events (seizure or coma) from six to zero, while those in the pump-only group saw an increase from five to six events. Additionally, participants using the Veo spent less time at blood glucose levels less than 70 mg/dl. These benefits came without any increase in their A1c. Diabetes technology expert Dr. Hans DeVries (University of Amsterdam, Netherlands) was very impressed with the results: “This is the most important study presented at this whole meeting.”

In addition, Dr. Richard Bergenstal presented the much-awaited Automation to Simulate Pancreatic Insulin Response (ASPIRE) trial, which used the MiniMed 530G. In ASPIRE, half the participants used the MiniMed 530G with low glucose suspend while the remaining half used a typical CGM and insulin pump system (no automated suspension). The low glucose suspend group experienced a 32% reduction in nocturnal hypoglycemia events and a 38% reduction in the severity and duration of those events. Better still, there was no severe nocturnal hypoglycemia in the group using the Medtronic 530G, compared to four events in the control group. Even with the benefits on hypoglycemia, A1c did not change in those using the MiniMed 530G. When insulin delivery resumed after the two-hour suspension, the average blood glucose was about 93 mg/dl, rising to a modest 160 mg/dl two hours after the pump restarted. Dr. Bergenstal pointed out that temporarily going to 160 mg/dl is a small price to pay for no severe hypoglycemia. We agree.

An accurate continuous glucose monitor (CGM) is one of the key building blocks of an artificial pancreas, and many have said that it is one of the biggest barriers to such a system gaining FDA approval. We were therefore glad to see Dr. Steven Russell (Massachusetts General Hospital, MA) and his colleagues directly compare the accuracy of three CGMs: the Dexcom G4 Platinum, the Abbott FreeStyle Navigator (currently only available outside the US), and the Medtronic Enlite (currently only available outside the US, with FDA approval expected by the end of 2013 according to Medtronic). What was cool about this study was its design: every patient wore all three CGMs at the same time, meaning results could really be compared in a head-to-head-to-head fashion. Wow!

A CGM’s accuracy is measured by its mean absolute relative difference (MARD) from reference blood glucose levels, and a lower value means the sensor is more accurate. Of these three CGMs, Dexcom’s G4 Platinum was the most accurate sensor, with a MARD of 10.8%. The Abbott FreeStyle Navigator came in slightly behind at 12.3%, with the Medtronic Enlite further behind at 17.9%. Additionally, the G4 Platinum and the FreeStyle Navigator had fewer large errors (relative to the Enlite) that could impair a closed-loop system’s performance. Though these results were encouraging for Dexcom and Abbott, Dr. Russell noted that CGM calibration errors are still a problem – he showed data where improper calibration (e.g., entering the wrong blood glucose value into the CGM due to human or glucose meter errors) caused poor CGM readings for an entire day. He said that calibration is still the “Achilles’ heel” of CGM technology, and that it will be a critical area to improve before a closed loop system can become available.

This year’s ADA marked a major anniversary, as the Diabetes Control and Complications Trial (DCCT) turned 30 years old. Begun in 1983, the trial investigated whether tight glucose control actually matters. Patients were randomized to either intensive glucose control or conventional therapy, were followed for an average of 6.5 years, and assessed for their risk of complications. As so many people remember, the study’s initial results in 1993 showed absolutely striking results – there were very significant reductions in eye, kidney, and nerve complications by as much as 76%. While after the initial trial finished, the participants in both groups gravitated together and their glucose control became similar, the positive impact of tight glycemic control was absolutely clear. The follow-up observational study, the Epidemiology of Diabetes Interventions and Complications (EDIC) has tracked participants for the last two decades to study how earlier tight control affects complications long-term. Based on the brand-new, long-term EDIC data, those who originally received intensive therapy continue to show striking benefits: a 50% reduced risk of impaired kidney function, nearly 60% reduced incidence of heart disease and stroke, and 50% less need for ocular surgery to deal with eye-related complications.

As for why there continues to be such clear differences in complications between the DCCT/EDIC’s intensive and the conventional therapy populations – even 20 years after the end of the original interventions – may speak to some form of long-term “metabolic memory. In other words, improvements in A1c today can have very real effects years onward. It’s still an open question just how that works, but the key takeaway, as Dr. David Nathan, the leader of this landmark study put it, is that “there’s no point of no return with A1c.”

One unexpected negative finding in the latest EDIC data is a previously under-recognized diabetes complication. Cheiroarthropathy, popularly known as frozen shoulder, involves the progressive stiffening of tissues around joints, also leading to carpal tunnel syndrome or trigger fingers. It was found that two-thirds of DCCT participants showed signs of this condition and it wasn’t any better for those with tighter control – depressingly! Frozen shoulder is quite common in the general population as people get older, and that fact may have obscured the link between the complication and diabetes in the past.

The most disappointing part of the DCCT/EDIC data announcement was that there is new data on mortality that has been embargoed for publication purposes. We will report on this as soon as possible – as we understand it, now that there have been 50 deaths, the data on mortality can be unveiled. We’re thinking this data will be truly compelling and helpful for understanding the long-term effects of intensive blood sugar control – and we’re going to just have to wait a little bit longer!