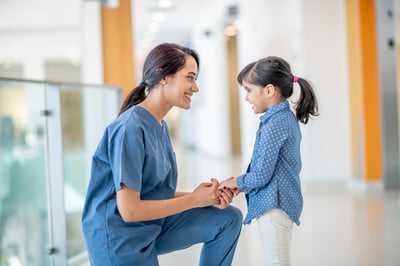 Many people who are diagnosed with type 1 diabetes find out about their condition after experiencing an episode of diabetic ketoacidosis (DKA). A type 1 diabetes screening program for young children in Australia may help identify people at risk and prevent this potentially fatal condition.

Somehow, my daughter will turn 18 years old at the end of this year. I’m truly not sure just how my husband and I have (mostly successfully) raised an almost fully grown adult, but thousands of photos and gorgeous memories prove that it has happened.

Being a mum with diabetes has always come with challenges. There was the challenge of fertility concerns, most likely associated with my diabetes, having a healthy pregnancy once I finally did conceive, and then managing a C-section delivery, breastfeeding and all that comes with a newborn baby, with a demanding “toddler” (as I sometimes refer to my diabetes as) there too.

Diabetes has a way of intruding into everything, but for me, the most insidious intrusion was the fear that the DNA I had passed onto my daughter meant that she was at an increased risk of developing type 1 diabetes. I thought about this before we decided to have a baby, while pregnant, just after she was born, and for the last (almost) 18 years.

And so, it is with great interest that I have followed the latest research into family history of type 1 diabetes and studies focusing on preventing it.

In 2004, there were a number of studies in Australia that were of interest. My husband and I spent a lot of time pouring over research information and speaking with researchers. Should we store her cord blood for stem cell innovative studies? Should we enroll her in the Intranasal Insulin Trial, and trials on the use of intranasal insulin to prevent type 1 diabetes in people with antibodies? Should we have her tested to see if she did indeed have antibodies? And what would it mean if we did have her tested and we found out she was antibody positive?

I wasn’t alone in my concerns. These were questions repeatedly raised in the mums’ group I’d started while I was pregnant (made up exclusively of women with type 1 diabetes who had recently had babies or were pregnant).

In the end, we decided not to enroll in any of these studies. The decision was difficult, and a lot of it had to do with my own mental health. But, at the time, it didn’t seem worthwhile to participate without there being any meaningful interventions available even if we found out that our daughter had antibodies.

Eighteen years later, and the research world has moved on. There is a better understanding of the ‘natural history’ of type 1 diabetes and how it develops. In recent years there have been a number of interesting developments looking at screening for type 1 diabetes with a focus on family members of people with type 1 diabetes.

But, with 90 percent of children diagnosed with type 1 diabetes having no family history, a new study is looking to evaluate childhood screening to identify those at risk of type 1 diabetes.

This past July, during Australia’s National Diabetes week, The Type 1 Diabetes National Screening Pilot was launched, led by Dr. Kirstine Bell and her team at the University of Sydney in Australia and funded by JDRF. Similar studies are ongoing in many other countries.

The pilot study in Australia is investigating the best screening method for type 1 diabetes. While most children will not have a positive screening result, those who are identified with an early stage of type 1 diabetes will be referred to a childhood diabetes specialist center for ongoing monitoring.

The study is open to all Australian children from newborns to 6 year olds. Recent learnings about the “stages of type 1 diabetes” have meant that there is now a better understanding of the development of type 1 diabetes. In stage 1, autoantibodies are present, but blood sugar remains in the target range. In stage 2, glucose levels become elevated, but not high enough for the diagnosis of diabetes. Both these stages are asymptomatic. In stage 3, type 1 diabetes is diagnosed by elevated blood sugar levels.

This is a rethinking of the old idea that type 1 diabetes has an acute and sudden onset, and nothing can be done before symptoms are present. Screening would allow type 1 diabetes to be picked up earlier before symptoms start, meaning that treatment can begin in a more timely way, rather than with the sudden acute illness that is often present.

In Australia, similar to many other countries, about 30 percent of children have diabetic ketoacidosis (DKA) at diagnosis. The first symptoms of diabetes (fatigue, unexplained weight loss, frequent urination and excessive thirst) are often missed, ignored or mistaken for other childhood illnesses. Subsequently, diabetes is not diagnosed until emergency care is required.

I think back 18 years and know that if the current research was in front of me and interventions were available if my daughter had autoantibodies, I would have jumped at the opportunity to be involved in various studies.

What I felt was missing two decades ago was hope that something could be done. But here, with this pilot study alongside other trials, hope is abundant.