Beyond the Basals – Part II 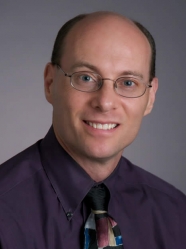 Gary Scheiner has had type 1 diabetes for over 20 years. He has specialized in intensive blood glucose control and lifestyle intervention for people with diabetes since 1995. A devoted husband and father of four, Gary loves exercising (especially basketball, bicycling and kickboxing) and cheering on his local Philadelphia sports teams. diaTribe asked him to weigh in on pump therapy and he produced some wonderful insights in this two-part insulin pumping series. We recommend this piece for anyone who wears a pump, is considering one, or just wants more information about the world of insulin pumping. If you missed part one, check out the Learning Curve in issue 12.

In the previous issue of Learning Curve, Gary discussed five critical skills required for successful insulin pump use. To recap, they were: frequent blood glucose monitoring, good carb counting, detailed record keeping, the ability to adjust insulin doses appropriately, and understanding the basal/bolus concept. In this issue, Gary gives a step-by-step account of how to perform a basal rate test and make adjustments to your basal dosing regimen accordingly.

once you start pumping…

Most people can learn to program their pumps fairly easily. Even the infusion set change can be mastered after just a few attempts. Once you have these basic mechanical skills under your belt, it’s time to start fine-tuning the process.

Basal insulin is the foundation of insulin pump therapy. Basal rates need to be fine-tuned before finalizing any other settings on the pump. Changes to basal insulin levels will have an effect on insulin-to-carb ratios (insulin:carb), sensitivity (correction) factors, and all the other adjustments we make for life’s daily events. When set correctly, basal rates will help you to achieve the best possible blood sugar control and enjoy the flexible lifestyle afforded by the pump. When set incorrectly, basal insulin will put you on a never-ending rollercoaster of high and low readings. So you should make fine-tuning your basal insulin rates a top priority.

Remember, each person’s basal insulin requirement is unique and is affected by factors such as body size, activity level, age, stage of growth, hormone levels, and the amount (if any) of internal insulin production from one’s own pancreas.

Overall, basal insulin needs tend to be higher in heavier people and lower in lighter people. Very active people tend to have lower basal insulin requirements than less active people. And people who still produce some of their own insulin, such as type 1’s who are in their “honeymoon period” and those with LADA (latent autoimmune diabetes of adulthood), require less basal insulin than those who are fully insulin-dependent.

During a person’s growth years (prior to age 21), basal insulin requirements tend to be heightened throughout the night. This is due to the production of hormones (growth hormone and cortisol) that stimulate the liver to release extra glucose into the bloodstream. After the growth years, production of these hormones is limited primarily to the predawn hours. The “dawn effect/phenomenon,” as this is called, results in an increased secretion of glucose by the liver in the early morning. Thus, basal insulin requirements in most adults tend to peak during the early morning hours.

During pregnancy, basal insulin requirements often drop slightly during the later phases of the first trimester. This is followed by a steady upward increase in basal needs until delivery – sometimes amounting to double or triple the pre-pregnancy levels during the third trimester. After delivery, basal needs drop suddenly and temporarily, sometimes to well below pre-pregnancy levels.

The right basal rate is one that holds your blood sugar at a fairly constant level when you have not eaten or bolused for several hours and are not exercising. This is where the “power of the pump” can really benefit you. The ability to adjust and fine-tune basal insulin levels at different times of day allows you to build a very solid foundation for your diabetes management. Testing, adjusting and re-testing basal rates can be a bothersome process, but it is well worth the effort.

All pumps permit the user to set many different basal delivery rates throughout the day and night. And most offer the choice of setting more than one complete 24-hour program. This can be useful during periods of heightened insulin need (such as sick days, travel days or prior to menstruation) or decreased insulin need (such as days filled with physical activity).

To test your basal insulin level, you will need to wait approximately 4 hours after your last meal/snack and bolus. This will give you time to finish digesting the carbs and time for the bolus to finish working. The conditions that must be met in order to run a successful basal test are listed below:

It is a good idea to start by testing and fine-tuning the nighttime basal rates. Once the overnight rate is matched to the liver’s output of glucose, your morning blood sugars should be fairly close to normal. This will make it easier to test the morning segment. Then move on to the afternoon segment, and finally, the evening segment.

To start the test:

During a basal test, check your blood sugar every 1-2 hours. Less frequent testing may cause you to miss a temporary blood sugar dip or rise. To supplement your finger-stick blood glucose readings, you might choose to wear a continuous glucose monitor (CGM), which tracks your glucose levels on a minute-to-minute basis and graphs the data on-screen. However, given the potential for inaccuracy with any CGM system, finger stick readings should still be performed.

Basal testing should be set up around the framework of your usual mealtimes and sleep patterns. The following schedule can be used as a guide for performing a complete set of basal tests:

The change made to basal rates depends on a number of factors, including your current basal levels, the magnitude of the bloodsugar fluctuations, and the sensitivity of your pump.

If your blood sugar drops by more than 30 mg/dL (1.7 mmol/L) during the test period, the basal rate is probably too high. If it rises by more than 30 mg/dL (1.7 mmol/L), the rate is likely too low. The basal rate should be changed and then re-tested (the next day, if possible) to see whether the adjustment produces a steadier blood-sugar level. Continue to adjust and re-test until steady blood-glucose levels are obtained.

The change made to basal rates depends on a number of factors, including your current basal levels, the magnitude of the blood-sugar fluctuations, and the sensitivity of your pump. The following chart should provide a useful guide:

Basal rates are usually changed one hour prior to the blood-sugar changes, since the rapid-acting insulin infused by the pump peaks about an hour later. For example, if your blood sugar rises between 3 am and 7 am, you should increase the basal rate between 2 am and 6 am. If you are using regular insulin in your pump, the basal rate changes should be made two hours prior to the blood sugar changes.

It is usually best to maintain a “smooth” basal pattern – one that features just one “peak” and one “valley.” Basal patterns that have multiple peaks and valleys throughout the day and night rarely meet the body’s needs appropriately. It is also best to wait a couple days after starting on a pump before testing the basal rates, just to give any residual long-acting insulin a chance to completely clear from your body.

Fine-tuning basal insulin levels can become complex. This is a great opportunity to call on a member of your health care team who specializes in pump therapy. You are the ultimate decision-maker regarding your diabetes plan, but it never hurts to seek out an expert opinion! If you don’t have anyone nearby to call on, the pump experts at my office offer consulting services via phone and internet. Go to http://integrateddiabetes.com/diabetes-consulting-service/ for details.

Editor’s note: Gary Scheiner MS, CDE, is Owner and Clinical Director of Integrated Diabetes Services, a private consulting practice located near Philadelphia for people with diabetes who use intensive insulin therapy. He is the author of several books, including Think Like A Pancreas: A Practical Guide to Managing Diabetes With Insulin. He and his team of Certified Diabetes Educators work with people throughout the world via phone and the internet. Gary has had Type-1 diabetes for over 20 years and has worn & trained on every make & model of insulin pump since 1994. He can reached by email at gary@integrateddiabetes.com, or toll-free at 877-735-3648.
Do you recommend this article?
Yes