Bydureon Recommended for Approval in Europe 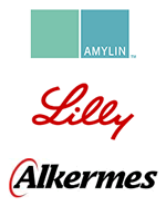 In mid-April, the European Medicine Agency's Committee for Medicinal Products for Human Use (a committee called the "CHMP") recommended that Amylin/Lilly/Alkermes' once-weekly GLP-1 agonist Bydureon be approved in Europe as an add-on therapy; it would be for adults with type 2 diabetes who haven't achieved adequate glycemic control on maximally tolerated doses of many common oral drugs. Yippee! We've been waiting for the approval of Bydureon for a long time and we are excited that people with type 2 diabetes will likely soon have this as an option in Europe. As background, in Europe, medicines such as Bydureon undergo CHMP review before the European Medicines Agency (the EMA for short – the equivalent of the FDA in Europe) decides whether or not to approve them. The EMA is expected to make its decision on Bydureon in late June; given the CHMP's positive recommendation, it seems likely that Bydureon will be approved in Europe this summer. We sure hope so since it would be the first once-weekly drug approved for people with type 2 diabetes. Meanwhile, in the US, the earliest Bydureon could be approved is mid-2012, given its recent regulatory setbacks (see our Learning Curve in diaTribe #26 for more). Regardless, the prospect of this once-weekly GLP-1 agonist reaching the market in the not-too-distant future is exciting, as it might be easier for people with type 2 diabetes to take it regularly and thus improve their glycemic control.–VW/KC