Can Getting More Sleep Improve Blood Sugar Control? What One Month of Tracking My Sleep Revealed

“Adam, you can sleep when you’re dead,” said one of my friends who seemed particularly fond of sleep deprivation. Funny, but I couldn’t help recalling the years of advice we’ve all heard to get more sleep. So I began wondering – is the more-sleep bandwagon just public health rhetoric, or is there really something to it?

In the past few months, this issue has gained a lot more attention, (see below), especially as sleep relates to diabetes. This article summarizes my personal experience tracking my own sleep over the past two months, a research review of sleep and diabetes, and strategies to improve your sleep.

The Surprising Results from Tracking My Sleep

I recently visited a friend who works for Teach for America in Miami. His schedule requires him to wake up before the sun rises, meaning a lot of very tired mornings. He’s a big fan of an iPhone app called Sleep Cycle, and after he told me about it, it got me hooked. The app uses the iPhone’s accelerometer to sense movement as you sleep, and it has two great features: 1) it allows you to track your sleep very easily, and 2) it has an “intelligent” alarm clock that awakens you when you’re in light sleep.

The ability to easily and painlessly track my sleep was my favorite part of the app. It gives time in bed and a “sleep quality score” (0-100%). To assess the impact of sleep on my diabetes, I compared my Sleep Cycle data to my blood glucose and insulin pump data. The results of tracking my sleep over a month were fascinating. While I cannot say the results below show a causal effect (formal academic studies below do that), I believe two things back them up: First, I tested for nearly a month, meaning day-to-day variability washes out over time, at least to some extent. Second, I generally keep my diet/exercise consistent and independent of my sleep (i.e., on days when I feel tired, I generally eat the same things and exercise the same amount). The results also back up my anecdotal experience.

These differences were even more extreme when I compared my best night of sleep to my worst night of sleep. On my best night, I got nine hours of sleep, compared to a little over three hours on my worst night. The real differences came in peak blood sugar, and total daily insulin dose: 146 mg/dl and 23 units of insulin (best night) vs. 204 mg/dl and 35 units of insulin (worst night). My glucose was also 50% more variable following the low-sleep night (a standard deviation of 51 mg/dl vs. 34 mg/dl).

What Does Research Say About Diabetes and Sleep? 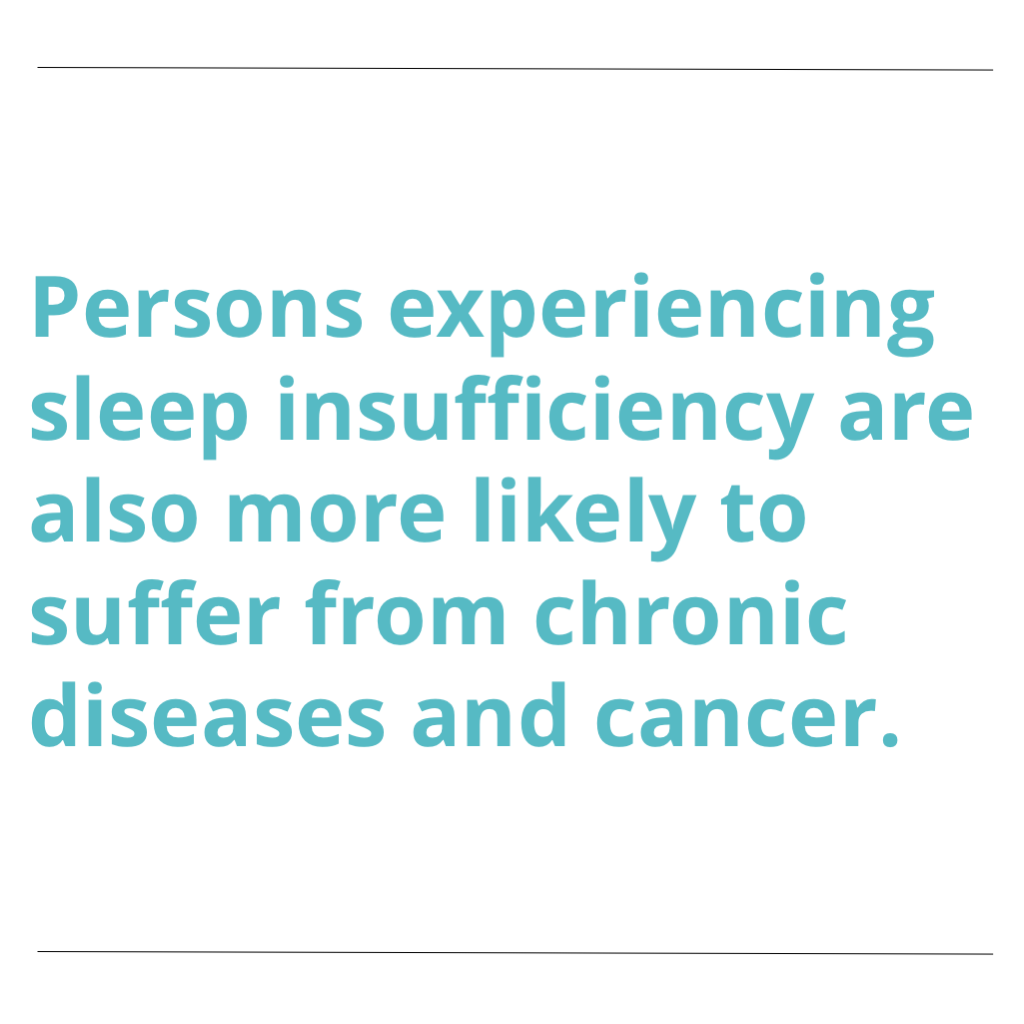 Just two weeks ago, the CDC released a report called “Insufficient Sleep is a Public Health Epidemic.” Reading the title alone is daunting enough, though the third sentence into the introduction is the real kicker: “Persons experiencing sleep insufficiency are also more likely to suffer from chronic diseases such as hypertension, [type 2] diabetes, depression, and obesity, as well as from cancer, increased mortality, and reduced quality of life and productivity.” Yikes. Here’s a smattering of the studies I found linking too little sleep to adverse effects. For a great overview (warning: it’s very science-y) read this free article from the Sleep Medicine Review by Dr. Kristen Knutson and colleagues.

1. Impaired diabetes control: In a 2006 study, sleep duration and quality were “significant predictors” of A1c in 161 patients with type 2 diabetes. In fact, for every three hours of perceived sleep debt (the difference between patients’ preferred and actual amount of sleep), the predicted A1c was 1.1% more than the median. Another study in people with type 2 diabetes asked patients to fill out a sleep questionnaire and compared it to their A1c. Poor sleep quality was “significantly correlated with worse glycemic control.” A different study in young people with type 1 diabetes found that sleepiness and/or poor sleep habits correlated with reduced quality of life, depressed mood, lower grades, and lower standardized reading scores. (All these studies, by the way, were from serious journals and I was excited to see so much learning in this area.)

3. Weight gain and increased calorie intake: A recently published study is perhaps the best example of this phenomenon. In it, 16 healthy individuals underwent five days of insufficient sleep (no more than five hours per night) and five days of adequate sleep (up to nine hours per night). The study was impressive in that it tracked participants’ calorie intake in a laboratory setting (they had unlimited access to food), and the study required each group to undergo periods of both insufficient sleep and adequate sleep. Overall, insufficient sleep led to an average of nearly two pounds of weight gain – astonishingly, that change happened over just a five-day period! Interestingly, while sleep-deprived participants were burning about 5% more calories, they were over-eating above and beyond the increased metabolism. For a more complete review of the study, read coverage from The New York Times or the study itself.

How Much Sleep Do You Need?

Five Strategies to Improve Your Sleep

Tracking my sleep over the past month has been a really illuminating and valuable experience. I always knew getting sleep was important, but looking at the numbers and scientific research made it crystal clear.

Adam is the Senior Editor of diaTribe and Chief of Staff at Close Concerns. He was diagnosed with type 1 diabetes at the age of 12 and has worn an insulin pump for the last 11 years and a CGM for the past three years. Most of Adam's writing for diaTribe focuses on diabetes technology, including blood glucose meters, CGMs, insulin pumps, and the artificial pancreas. Adam is passionate about exercise, nutrition, and wellness and spends his free time outdoors and staying active.