Can We Prevent Type 1 Diabetes By Screening for Infants at High Risk? 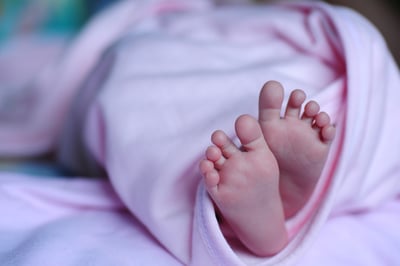 Funded by the Helmsley Charitable Trust, the Global Platform for the Prevention of Autoimmune Diabetes has an ambitious mission

There are evidence-based programs that show lifestyle changes can delay or prevent type 2 diabetes altogether. What if a treatment program existed for the prevention of type 1 diabetes?

The Global Platform for the Prevention of Autoimmune Diabetes (GPPAD) was created in 2015 with a goal to engage at-risk individuals and investigate whether type 1 diabetes can be prevented. This new GPPAD platform will help recruit study participants, conduct trials, and coordinate a network of researchers aiming to prevent type 1 diabetes.

Currently, GPPAD is running its first trial, the Primary Oral Insulin Trial (POInT). The phase 2 study is examining whether giving oral insulin (insulin powder) to infants with high genetic risk for type 1 diabetes can delay or prevent type 1. So far, five European countries are a part of GPPAD: Germany, Sweden, the UK, Belgium, and Poland. If you live in one of these countries and are interested in contacting a trial site to genetically screen your child, click here.

There is some optimism about the success of this trial due to earlier findings from the smaller Pre-POINT study, which examined a group of 25 children. The trial found that oral insulin may activate an immune response that disrupts the development of type 1 diabetes.

To learn more about GPPAD and the POInT trial, which recently received a remarkable $53 million in funding from The Leona M. and Harry B. Helmsley Charitable Trust (Helmsley), our team interviewed Helmsley leaders, Dr. Gina Agiostratidou and Dr. Anne Koralova.

Q: Could you tell us a bit about your vision for Helmsley’s type 1 diabetes prevention initiative?

Dr. Agiostratidou: The vision is to develop a platform to focus on the general population and develop clinical trials with the goal of preventing type 1 diabetes. As we do that, we would also like to develop biomarkers (a way to track a biological condition) to learn about how type 1 diabetes begins and progresses. Beyond this, our ultimate goal is to consider other diseases that can be screened through our platform. We started talking to scientists in Germany a while back, and after two years we decided to give this $53 million grant to create this platform in five European countries.

In these five countries, we will screen 300,000 children with the goal of identifying newborns who have high genetic risk associated with type 1 diabetes. Their families can choose to enroll them in a clinical trial – in this case, it will be oral insulin. We’re already thinking about trials that will follow this oral insulin trial. After the screening for this is complete, we would like to start screening for another trial.

As a leading private funder of efforts to combat disease and improve human health, we would like the platform to be available in the future for other diseases associated with a genetic risk. We also hope that screening for type 1 diabetes, if successful, can become a tool that many other countries can use.

Q: How well has genetic risk been characterized in type 1 – do you think there are important genetic variants that haven’t yet been uncovered?

Dr. Agiostratidou: Although certain elements of genetics are known to play a role in type 1, there are other factors that contribute to development of this disease, including environmental causes. Ideally, we would have a better tool to identify who is going to develop type 1 diabetes. However, we’re attempting to tackle this complicated and mysterious disease the best way we know how, based on the scientific knowledge about type 1 that is currently available.

Q: If down the line it turns out that oral insulin can be successful in preventing type 1, where do you think you would go from there? Have you thought in any way about the logistics of building an infrastructure for widespread screening or targeting specific populations?

Dr. Koralova: I think the whole concept of personalized medicine is moving forward on a lot of different fronts, not specific to type 1 diabetes or even autoimmune diseases. I don’t think that type of infrastructure is something that one organization alone can build; it must be something that can be integrated into various health systems around the world.

Q: How is screening going to work?

Dr. Koralova: It’s complicated because it depends on the country that you’re in. For example, in the US, newborn screening is done in the hospital while you’re still there. In other countries, like the UK, newborn screening for metabolic diseases is usually done after the child’s release from the hospital – there’s a midwife who goes to the family’s home. The screening for GPPAD is going to be done in compliance with each country’s policies and practices.

Q: It sounds like there already is a lot of infrastructure set up for infant screening. Is type 1 diabetes just not typically included in that?

Dr. Koralova: The diseases included in newborn screening right now are different in each country. They tend to be diseases that you basically have a 100% chance of getting based on genetics. For example, cystic fibrosis is monogenic (disease is caused by one gene), and there are a host of enzyme deficiency diseases where one gene causes the problem. They can’t necessarily treat all of them, but they are able to know for sure whether the patient has the disease. Whereas even though we have a test that can detect very high, relatively speaking, genetic risk of type 1 diabetes (the test screens for “HLA genes” in addition to other variants), only 10% of people who are positive will get type 1 diabetes. Current infrastructure for newborn screening doesn’t support identification of children at risk for diseases like type 1, which is why GPPAD is so important.

Q: How is the GGPAD platform like or not like a vaccine? And are there any other models like this in immune conditions that we can learn from?