"Cities Changing Diabetes" Summit: What Are The Cultural and Social Drivers of Type 2 Diabetes in Urban Settings?

By Emily Regier and Kelly Close 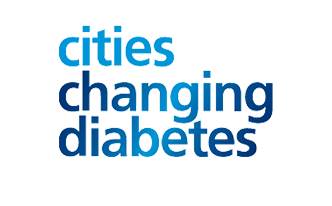 Our team had the fortune of traveling to Copenhagen, Denmark to attend the inspiring Novo Nordisk Cities Changing Diabetes Summit. The Summit highlighted findings from the first year of the Cities Changing Diabetes Program, which aims to study the main social and cultural drivers of type 2 diabetes in urban settings. Over half of the world’s population lives in cities, including two-thirds of people with diabetes (more than 250 million people). Five cities across the world were chosen for the program’s first year – Houston, Copenhagen, Shanghai, Tianjin, and Mexico City – with Johannesburg and Vancouver joining the program for its second year.

In addition to presenting the initial research findings from the five participating cities, the Summit featured keynote talks and panel discussions including the main social and cultural contributors of “urban diabetes” (type 2 diabetes in cities) and how to use cities as a model for large-scale social change.

1) What are the biggest social risk factors for urban diabetes?

Dr. David Napier (University College London, UK) synthesized the findings from the past year, pointing to four social factors as key determinants of risk in a wide variety of populations:

Dr. Napier stressed that cultural as well as social factors must be considered when addressing diabetes vulnerability. This means asking questions like (i) Do patients feel like they have agency to make changes? (ii) Do dietary recommendations conflict with people’s food traditions? (iii) Is diabetes the person’s biggest problem? and (iv) What does the person perceive as a normal or healthy body type?

Novo Nordisk Executive Vice President Mr. Jajob Riis announced that Novo Nordisk would be forging an alliance with the C40 Cities Climate Leadership Group. C40 was founded ten years ago in response to the lack of attention to climate change at the G20 summit of world leaders. Since then, it has grown to include 82 “mega-cities” that account for 25% of the world’s GDP and have collectively taken 8,068 concrete actions to reduce emissions as of 2014. C40 Executive Director Mr. Mark Watts noted that the member cities have reported that 30% of their actions resulted directly from sharing knowledge and best practices with other cities in the network, showing that meetings like this Summit can lead to real change.

Dr. Edwin Fisher (Peers for Progress, Chapel Hill, NC) discussed how peer support can help address the social determinants of diabetes risk. He emphasized that most people with diabetes spend approximately six hours a year in a doctor’s office (at most!) and 8,760 hours a year managing diabetes on their own. As Dr. Fisher succinctly put it – “people need help living those 8,760 hours.” Peer supporters can be particularly well equipped to provide this help, providing assistance in areas such as daily management of diabetes, links to clinical care and community resources, and perhaps most importantly, social and emotional support. Indeed, Dr. Fisher cited studies showing that social isolation is as lethal as cigarette smoking.

4) How can we make health easy and enjoyable?

During a very enlightening panel discussion, speakers brought up the importance of making public health interventions convenient and fun for people. As Ms. Helle Søholt (CEO, Gehl Architects) noted, 56% of people in Copenhagen bike to work because the environment compels them to – “it’s the obvious choice because it’s the fastest and easiest way to get around.” US Surgeon General Dr. Vivek Murthy recently spoke on the related topic of “happiness” as a public health focus at the TEDMED 2015 event – citing that happiness can only improve emotional wellness, but physical health as well.

Cities Changing Diabetes highlights the complex scope of the challenges behind diabetes today. Beyond the biological components of diabetes, there are endless factors that contribute to diabetes risk – and that make it increasingly difficult to manage diabetes once it’s occurred. One critical theme from the Summit was the notion of “collective impact” – solutions that focus on cross-sector collaboration (i.e., food industry working with city planners working with hospitals, etc.) to address complex problems like diabetes prevention. As Mr. John Kania (FSG, Boston) put it, “If you want to change the system, you have to get the system in the room.”