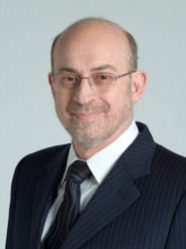 Dr. Steven Nissen is a highly regarded coronary artery disease researcher and a vigilant activist in public health policy matters. He is currently the chairman of the Department of Cardiovascular Medicine at the Cleveland Clinic and was previously the president of the American College of Cardiology. Earlier this year, Dr. Nissen caused a firestorm when he published a study indicating that Avandia may increase the risk of having a heart attack. Dr. Nissen is no stranger to controversy: his expressed concerns that Vioxx might cause blood clots contributed to Merck ‘s decision to withdraw the drug in 2004. This year, Dr. Nissen was named one of the "100 Most Influential People" by Time magazine.

In an interview with diaTribe Editor in Chief, Kelly Close, Dr. Nissen talks about his view of the climate of diabetes care in the United States today and about the Avandia controversy of late. After reading our interview with Dr. Nissen, it may be helpful to read our Learning Curve about Avandia and the TZD class of drugs.

Kelly Close: Thank you so much for taking the time to speak with diaTribe, Dr. Nissen! It's a real pleasure for us. To start with, we're curious about how, as a cardiologist, you first became interested in studying PPARs (the main biological target of drugs in the TZD class).

Dr. Steven Nissen: Well, it actually goes back quite a long ways. I was aware from the very beginning that there were a lot of issues with PPAR drugs, which affect a very large number of genes. We don't know what most of those genes do. Whenever you see a drug like that, you always worry about off-target effects that the drug was not designed to produce. My concerns accelerated in September of 2005 when muraglitazar came before the FDA for approval.

I did not attend the hearing, but I did have an interest in the class of drug. The night before the hearing, I looked at the FDA's briefing documents and immediately saw that there was a rather large excess of adverse cardiovascular events in the patients who received muraglitazar. And they were serious events: death, stroke, heart attack, that sort of event. So I assumed that the FDA advisory panel would recommend unanimously that muraglitazar not be approved.

As you may recall, they actually voted 8 to 1 to approve the drug. I was just shocked. I immediately went into action and took the data from that FDA advisory panel, analyzed it independently with my statistician, and published in JAMA a few weeks later that the drug was doubling the risk of the really serious cardiovascular consequences of diabetes.

Then in September of last year, the DREAM trial was published, and if you will excuse the pun, the DREAM trial was a nightmare. There was a drug, rosiglitazone (Avandia), which reduced the incidence of new-onset diabetes by 60 or 70 percent. But all of the cardiovascular events were going in the wrong direction.

You want to prevent diabetes to avoid the complications of diabetes, the most important of which is heart disease. Eighty percent of all diabetics will die of cardiovascular disease, so this was very troubling.

Then the ADOPT trial was published, and the same thing happened. It showed a 33 percent excess of major adverse cardiovascular events. Now the really big shocker was that just as I was getting ready to publish the manuscript, I learned that GlaxoSmithKline, the maker of the drug, had actually done its own analyses beginning in September of 2005. They actually submitted to the FDA that their own analysis showed a statistically significant 31 percent increase in myocardial ischemic events (heart attacks). They'd informed the FDA of this risk. But neither the FDA nor the company informed any of the rest of us. I personally believe in the right of patients and providers to know the totality of information on the benefits and risks of drugs.

Kelly: What do you think it says about endocrinology that it took a very noted cardiologist to intervene in this matter?

Dr. Nissen: Endocrinologists have a serious difficulty. They've spent their entire lives believing that the most important thing about treating diabetes is to reduce hemoglobin A1c, so they've had a very glucose-centric view, and I simply don't agree. I believe that the reason you want to lower HbA1c is to reduce the complications of diabetes. This singular focus on blood sugar – because that ‘s what they could measure every day with finger sticks and all of that – has led to a misunderstanding of what it is that we're trying to accomplish when we give these drugs. With a PPAR (like Avandia) that causes myocardial infarctions (heart attacks), fractures, macular edema (fluid retention around the eye), and heart failure – I don't really care if it lowers blood sugar. It's not of benefit to patients.

Kelly: From a patient perspective, when your meta-analysis came out from the New York Times, it just kind of blindsided everyone. It caused a lot of anxiety. In retrospect, was there a better way to disseminate the information so that so many people were not left so concerned?

Dr. Nissen: Actually, I think we did exactly the right thing. And let me make a couple of comments about this. First of all: the idea that I should have told the FDA first. The FDA already knew! The company had told them two years earlier that the drug was causing this effect. I went to the Congress because the FDA had chosen not to act.

Second point: it is very important to understand that when these things are handled in a quiet fashion, you don't get change. Do you know that when you put a black box warning on a drug that its sales are rarely affected at all? If the FDA had quietly relabeled rosiglitazone, people would have continued to be exposed to the drug. The reason that it's a good thing that the media jumped all over this is that the drug is effectively not being used anymore.

Unfortunately, in this current environment where the FDA is unwilling to act, and is really impotent in many ways, the only way we get action is to directly inform the public. I would argue that while it made life tough and did create some anxiety, it also meant that a lot of people that were being harmed by a drug got to talk to their physicians about it.

Kelly: Oh, that's interesting. Wow. Now, you had also complained that diabetologists were not putting enough patients on statins (editor's note – these are drugs that reduce LDL-cholesterol). Can you tell us a little more about that and what you might urge our readers to ask their doctors?

Dr. Nissen: Well, our guidelines suggest that if you have diabetes, you should be on a statin, and yet when you look around the country, only 40 to 50 percent of diabetics are actually on statins. This is why I'm troubled by the glucose-centric approach to care. We know statins reduce the risk of the most lethal complications of diabetes by 25 to 35 percent, and yet they're not being used …

Kelly: As you have emphasized, most diabetes patients do die of cardiovascular disease. Can you talk a little bit about the changing roles of the endocrinologist and cardiologist and if the fields are moving together?

Talk to your healthcare provider about the right targets for you

Dr. Nissen: They are moving together. I refer to myself as a diabeto-cardiologist. Only if they have very complicated issues managing insulin regiments or so on do I refer them for (an endocrinologist) consultation. I think that a cardiologist should manage diabetes. Now I ‘m very careful how I manage them, and you can bet they get statins. Almost all of them, if they have acceptable renal (kidney) function, get metformin. I'm very cautious about sulfonylureas because of the cardiovascular issues with that class of drugs. And I do use pioglitazone (Actos) in some patients if they have good ventricular function and are not at risk for heart failure. I've got a lot of patients that are on insulin glargine (Lantus) at night and so on. I do treat their blood sugars, and I get their HbA1c's down, but I also treat them for their global risks.

Kelly: Speaking of global risk, what about weight? Do you use GLP-1 (small protein which causes lowering of blood sugar) agonists, for example (Byetta is the only approved GLP-1 agonist)?

Dr. Nissen: Yes, I do. The other thing that I'm probably much more aggressive about than most endocrinologists is blood pressure control.

Kelly: That's good for our readers to consider to and to ask their doctors and educators about. What is your view about whether or not Avandia should stay on the market?

Dr. Nissen: Well, let me put it to you this way. I have deliberately avoided calling for its removal. I was very disappointed in the performance of that advisory panel, frankly. I mean, there's logic to voting 20 to 3 that the drug increases cardiovascular risk, but then to not recommend decisive action is a little hard to understand.

Kelly: How would you explain that?

Dr. Nissen: Well, let me tell you something that you need to understand here: In these matters, courage is very rare. No one understands the FDA better than I do as an outsider. These panel meetings are in front of all your peers, knowing that the pharmaceutical industry is with whom everybody works and is really keen on not having you take decisive action. People just don't stick their necks out. And that's exactly what you saw.

Kelly: Hmm – that's a lot for us to think about! From a patient perspective, is there any other advice that you have? I know some patients are very concerned because they go ask their doctors and their doctors only have all of five minutes to spend with them.

Dr. Nissen: Well, that's why patient empowerment is so important. I personally believe that we're in an era now when patients need to be better informed. You know, my patients have been to the Internet. Often, when they come to see me, they have already looked this up. And if your doctor is reluctant to take the time to talk to you about your concerns, get another doctor.

Kelly: What would make that happen?

Dr. Nissen: Oh, I think you have to educate cardiologists better about it. I still refer patients if I can't successfully manage them and I get great help. But I also don ‘t act like I'm deaf, dumb, and blind when a patient with diabetes comes in my office with heart disease.

Kelly: That's interesting. Is there any other advice you would give patients? An aspirin a day, anything like that – not to be too formulaic!

Dr. Nissen: There's no cookie-cutter formula. It all has to be customized. My advice is to find a doctor who takes the time to explain it to you, to talk to you about what you need to do. Take your own blood pressure and make sure it reaches the guidelines that are recommended. Check your blood sugar often. Be an informed patient. Stay on top of your disease and you ‘ll do a lot better. It's really tough. We've just got to keep at it. Organizations that have published newsletters like yours are really important because you're going directly to the patients. Frankly, there's no better advocate for your health care than you.

Kelly: This has really been terrific; we appreciate your taking the time to speak with us.