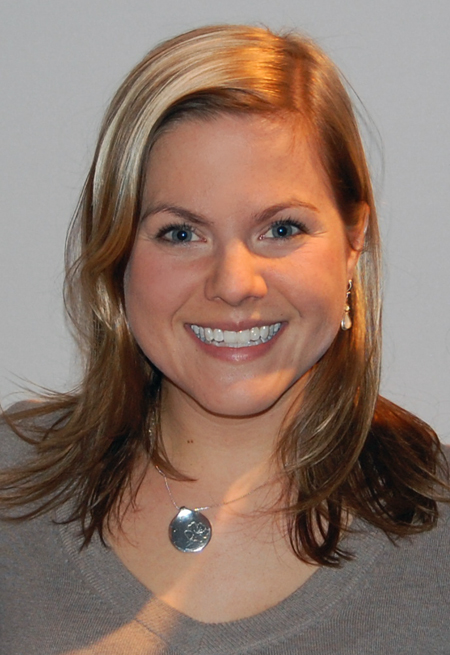 The process was truly a process, and being able to whip out my glucose meter today and finish a full blood sugar check in the time it took to get barely halfway through setting up that old meter is an amazing thing.When I was diagnosed with type 1 diabetes, back in 1986, the first glucose meter I ever used at home was an Accu-Chek. Technically, it was called the “Bio-Dynamics Accu-Chek bG Blood Glucose Monitor,” but that was a mouthful for a seven year old, so we just called it “the meter.” It was roughly the size of a VHS tape, and it took 120 seconds to offer up a result. First, you had to stain the Chemstrip bG test strip with a drop of blood and wipe it clean after sixty seconds, then stick it into the machine so that the color pad could be read after another sixty seconds.

It’s been 25 years since I used that old glucose meter. For the last ten years or so, I’ve had access to meters that don’t require wiping away a droplet of blood, and the results are pinging on the screen within a matter of five seconds. Home blood glucose monitors are amazing things, especially considering that if I’d been diagnosed just a few years earlier, I wouldn’t have had access to anything other than Clinitest urinalysis kits to determine my blood sugar.

So with all of this progress, is there anywhere else go to? Can a glucose meter really get better than it already is?

If the world had a standardized method of diabetes management, there would be one meter talking with one continuous glucose monitor (CGM) and one insulin pump, all connected through one computer operating system. But currently, there are dozens of different diabetes device combinations, combined with several different computer operating systems and smart phones, leaving us all with a drawer filled with tangled USB cords and assorted power chargers.

First, I’d love, love to see one universal cable that was able to grab results from each different diabetes device. One cord to rule them all (hat tip to Tolkien). This universal cable would be able to download results from a CGM, a meter, and a pump and would siphon the information onto someone’s computer. I’m not talking about software yet … just the simple act of one cord grabbing data from multiple devices. Eventually, I’d be thrilled to see the use of cables eliminated entirely with technologies (such as Bluetooth) that make it possible for diabetes devices to transfer data to other and to computers wirelessly.

Second, it would be great if diabetes devices spoke to more than just one kind of computer operating system. Just as people like to use different meters, people also use different computers. For the longest time, I used a Macbook and a Blackberry, which gave me zero access to my Dexcom software, and no one wanted to develop apps for Blackberry. (It was like diabetes software purgatory.) Most meters and pumps speak to PCs, and most diabetes-centric applications are developed for Apple products, but that’s where the fun ends. If you’re using a Dexcom and a Mac, you’re out of luck. I’d like to see the software for all diabetes devices work on multiple platforms.

Third, today’s glucose meters have the ability to store hundreds of blood sugar results, but many times the logging software leaves much to be desired. On my diabetes device wish list, once we have that universal cord and software that works on all platforms, it would be so helpful to have the data compiled into a program that really makes sense of it. Logging software should take into account the bolus history and basal rates from my pump, sync this data with the actual blood glucose results from my meter, and match all of this information with the accompanying trends from my CGM. A week-long snapshot of that data compilation could be enough to help endocrinologists make real changes to their patients’ management, even without an appointment. And for PWD who make changes on their own, this could help them isolate real trends instead of flicking back-and-forth between different software and eventually getting frustrated by the lack of integration.

I don't care if my meter comes in fifteen different colors and can juggle knives - it needs to be ACCURATE. This would be better, truly and distinctly better, and I’d trade everything else on my wish list simply for that.

See this month’s Test Drive for diaTribe’s in-depth review of the latest in blood glucose monitoring technology, including the newest meters from Abbott, Telecare, and LifeScan.

Oh, but there is one more thing. It’s been nagging me since my diagnosis in 1986, and to this day, it’s still one of the most frustrating things about managing diabetes. The technological bells and whistles of diabetes devices get better every year, but the standard of accuracy and precision remains the same. FDA standards allow glucose meters to be “wrong” by as much as 20% for 95% of the time, which for me, and many others, is a margin of error that’s far too wide. Sure, meters have gotten fancier and faster, and they come in a variety of brands, colors, and sizes, but, in my opinion, they aren't that much more accurate than the ones I used when my fingers were being lanced for the very first times.

I base EVERYTHING I do, diabetes-wise, on the information provided by my glucose meter. I base my insulin-to-carb rations on those results, my basal rates, my food intake, and my exercise decisions on those numbers. I calibrate my Dexcom CGM using those numbers. EVERYTHING. I won't get into my car and put the key in the ignition if my meter shows a result that's too low, and I am reluctant to eat more than a salad at dinner if my glucose result is way too high.

I don't care if my meter comes in fifteen different colors and can juggle knives - it needs to be ACCURATE. This would be better, truly and distinctly better, and I’d trade everything else on my wish list simply for that.

See this month’s Test Drive for diaTribe’s in-depth review of the latest in blood glucose monitoring technology, including the newest meters from Abbott, Telecare, and LifeScan.