Dismantling Avandia, Actos and the TZDs 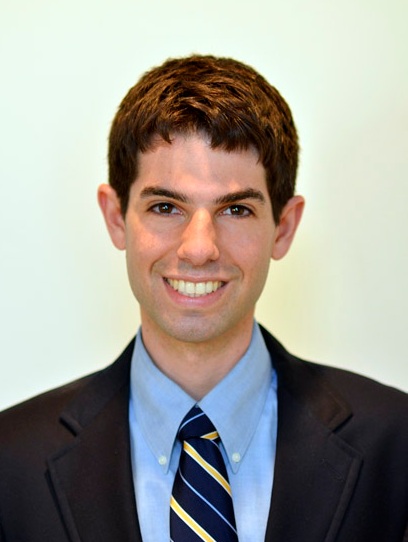 First introduced into the market in 1999, Avandia quickly became one of the best-selling diabetes drugs on the market, with approximately one million users in America within seven years. However, in May 2007, Dr. Steven Nissen (interviewed in this issue of diaTribe) and his colleague Kathy Wolski published a "meta-analysis" (a pooled analysis of multiple studies) in the New England Journal of Medicine showing that Avandia may increase the risk of heart attack by 43 percent. The findings made headlines in major newspapers, and even prompted Congress to investigate if the FDA had mishandled the approval of Avandia.

The events, compounded by the white-hot media focus, induced fear and uncertainty among some patients, and many patients promptly discontinued their use of Avandia - sometimes without seeking the advice of a healthcare provider or without going onto any other medication regardless of whether they saw a doctor or educator!

Months later, the Avandia debate has died down somewhat. Following an FDA advisory panel review, the drug remains on the market, as does a similar drug called Actos - although both drugs now carry a "black box warning," the most severe warning issued by the FDA, to address the risks of congestive heart failure. A recent letter to the FDA from Senator Charles Grassley, who has been investigating the FDA's handling of drug-safety issues, indicates that the FDA may have come closer to ordering the Avandia off the market than previously thought. In his letter, Senator Grassley asked the FDA to confirm that an internal drug-safety oversight board had voted by a narrow 8-7 margin in early October to keep Avandia on the market. If the FDA confirms this 8-7 vote, this will show that there is a split within the agency about whether to pull Avandia off the market.

The agency isn't the only one split about Avandia. Many patients still don't know what to think about Avandia, or Actos; and the jury isn't out among physicians, either. Here, we provide some background information on the Avandia and Actos controversy.

Avandia and Actos belong to a class of drugs called thiazoladinediones (also called glitazars or simply TZDs). Several other TZDs are in development, but Avandia and Actos are the only TZDs currently on the market. A third TZD called troglitazone was removed from the market by its manufacturer in 1999 due to serious adverse liver effects after more than 61 deaths.

TZDs can help people with type 2 diabetes lower blood sugar through reducing what is called insulin resistance. The trial ADOPT showed that TZDs have greater "durability" (work longer) than other classes of drugs like metformin or sulfonylureas. TZDs are thought to work by binding to and activating the peroxisome proliferator-activated receptor gamma (PPAR gamma). PPAR gamma is a protein that sits on the DNA in the nucleus of cells. When acted on by a TZD, it makes the cell create proteins that reduce blood sugar and improve insulin resistance.

Two large clinical trials, DREAM and ADOPT, have demonstrated the efficacy of Avandia, but have also raised questions about the drug's safety. DREAM was a large clinical study evaluating the efficacy of Avandia in the prevention of type 2 diabetes in high-risk patients (note: Avandia is not currently approved for this purpose and we doubt with all the worry about safety that it will ever be approved for diabetes prevention). In this study, Avandia was highly effective at preventing diabetes, but it was also associated with an increase in heart failure, heart attack, and stroke compared to placebo. But, the numbers did not reach statistical significance, and therefore could have been due to chance alone.

ADOPT was a long-term (four to six year) randomized study comparing metformin, the sulfonylurea glyburide, and Avandia on the maintenance of glycemic control in patients recently diagnosed with type 2 diabetes. Published in December of 2006, the study showed that Avandia can control blood sugar for longer than either glyburide or metformin. This was very encouraging, because glucose control is the key to preventing complications associated with diabetes such as blindness or kidney disease.

However, patients in the Avandia treatment group had a 33% higher incidence of major adverse cardiovascular events, including heart attack, congestive heart failure, and stroke. As with the DREAM trial, the differences did not reach statistical significance, and may therefore have arisen from chance alone. Dr. Nissen would later pool the data from both the DREAM and ADOPT trial, as well as a number of smaller trials, to show Avandia was consistently associated with an increased incidence of adverse cardiovascular events even if no single trial reached statistical significance.

Also concerning, there was a higher incidence of fractures associated with Avandia in women (though, quite peculiarly, not in men). Following the discovery that Avandia may increase the risk of fractures in women, the FDA asked Takeda Pharmaceuticals, the maker of Actos (the other TZD), to investigate the rate of fractures in patients taking Actos. Takeda issued the so called "Takeda Letter" that indicated that, like Avandia, Actos increased bone fracture rate in women, particularly in the lower and upper limbs. The increased risk of fracture for both drugs appears to start after about one year of treatment.

Dr. Nissen published another pooled analysis indicating that unlike Avandia, Actos is not associated with increased heart attack risk. This was particularly significant given that it was Dr. Nissen who originally sparked fears about Avandia.

The concerns about the cardiovascular risks of Avandia left a dark cloud over Actos. Both drugs have similar efficacy in controlling blood glucose and generally have the same side effects including fluid retention, leading to swelling and weight gain. However, one intriguing difference between Actos and Avandia is their effect on lipid profiles. Avandia increases LDL cholesterol (the bad cholesterol) and increases triglycerides, while Actos has the opposite effect. If Avandia's effects on lipids are causing the potential increase in cardiovascular risk, then Actos would not be expected to share this risk.

Dr. Nissen published another pooled analysis indicating that unlike Avandia, Actos is not associated with increased heart attack risk. This was particularly significant given that it was Dr. Nissen who originally sparked fears about Avandia. Dr. Nissen believes that the difference between Avandia and Actos is due to their difference on lipids. Dr. Nissen and others maintain that Actos and Avandia are completely different drugs and should not be considered equals.

Many disagree both with Dr. Nissen's analysis and his conclusions. As the maker of Avandia and others contend, there are no head-to-head comparisons of Actos and Avandia, and it is very difficult to compare their respective risks. It is conceivable that Actos and Avandia actually have identical risks. Dr. Nissen's analysis of pioglitazone was based on a relatively small number of studies, and a single study - the PROactive study - contributed most of the data, and the patients in this trial were at a high risk of cardiovascular disease.

Controversy continues to surround Avandia and Actos. Some health care providers believe that only Avandia increases cardiovascular risk, some say both Avandia and Actos do; others argue that neither significantly increases cardiovascular risk - or that any risk is highly outweighed by the potential benefits. Some questions about Avandia may be answered in 2009 when the so called RECORD trial concludes (a large, multiyear trial of Avandia). However, an interim analysis published on June 5 was inconclusive, and it is quite possible that the final analysis will be inconclusive as well.

At the EASD Annual Meeting in Amsterdam in September, Dr. Richard Nesto likened the concerns about Avandia to the concerns about the safety of anti-depressants in 2004, which scared users and curbed their use, particularly in teenagers. As a result, after a decade of falling suicide rates in teenagers, the suicide rate started to rise in 2004. Dr. Nesto's message was that making incorrect safety judgments for drugs that work can make society worse off, and media pressure can be unhelpful when trying to take difficult decisions on balance of evidence. This lesson, he feels, is highly applicable to Avandia - he believes that the excessive focus on safety is taking away from its potential benefits in glucose control.

Many others such as Dr. Nissen believe that there is no reason to use Avandia given that there are other options - namely Actos, which is equally effective and may be safer. Other health care providers believe that TZDs should be avoided altogether given the potential risks, or should left as a last resort when other oral agents have failed. As the debate carries on, we hope that a safer generation of so called selective TZDs is on the way - drugs that will work better, decrease LDL cholesterol, increase HDL cholesterol, and have minimal side effects... one can always hope. We'll certainly be on the lookout for early data to show to you! In the meantime, if you have any questions about how Avandia or Actos affect you, then speak to your health care professional.