Do Pumps Always Pump the Same? 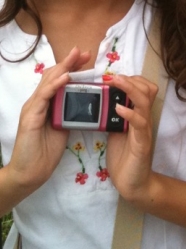 Anyone who uses an insulin pump knows how important it is to be able to precisely control the amount of insulin that the pump delivers to your body – to achieve the best control of your blood sugar, you need to be able to fine-tune your boluses for each meal as well as the continuous basal rate that manages blood sugar when you’re not eating. This, of course, is why insulin pumps allow users to set specific basal and bolus amounts – down to small fractions of a unit. But how do we know that the amount of insulin delivered from the pump is really what it’s supposed to be? Pumps are relatively simple machines, after all, so could there be outside factors that affect the rate of delivery?

In the Journal of Diabetes Science and Technology, a team from California headed by Dr. Howard Zisser (Sansum Diabetes Research Institute/diaTribe Advisory Board!) appears to confirm that possibility. The researchers tested several different pumps for a “siphon effect” – the possibility that changing the position of a pump relative to its infusion site might cause changes in the rate of infusion. The paper described this effect as insulin being pulled by liquid in the tube ahead of it “like a giant stringy booger” (seriously, it’s in the paper). The researchers connected four different insulin pumps (the Medtronic MiniMed 515 and 512, the Deltec Cozmo, and the Insulet OmniPod) to glass test tubes and measured the amount of insulin delivered from the pump when it was above, below, or level with the tube. Insulet funded this study and was likely particularly interested in the results given the absence of tubing in its pump system.

Their results were surprising to us: with one hour of delivery at a one unit/hour basal rate (the lowest delivery rate tested), moving the pumps above the infusion site delivered up to 123% of expected insulin; when below, the pumps delivered between 75% and 100% of what was expected. That means that, at least in this study, the pump was giving a full quarter more insulin when it was above the site, and a quarter less when below. While it’s unclear if these effects are sustained longer-term (or only just after the pump’s position is changed), to us, that sounds like a lot, particularly given how precise insulin delivery needs to be. At higher basal rates and bolus delivery, the pumps performed better, percentage wise: at 1.5 units/hour, the most inaccurate pump delivered 117% of insulin when above the site, and 87% when below. With a bolus, most of the pumps had less than 10% error in either direction, although they were again more accurate with larger boluses.

Not surprisingly, one pump stood out as being more accurate than the others: the OmniPod. Even in its worst performance (pumping downward with a one unit bolus), the OmniPod never exceeded 7% error – and in most cases, it was within one or two percent of the expected amount of insulin. If we think about it, this makes sense – the OmniPod does not have traditional tubing like other pumps, and so you wouldn’t expect the “siphon effect” to be as strong.

So what’s the takeaway? Well, we’re not suggesting that you have to throw away or change your pump. For one thing, the researchers were testing the pumps with the tubing fully extended above or below the infusion site. The tubing they were using was 80 cm (31.5 inches) for the Cozmo and 110 cm (43.3 inches) for the Medtronic pumps – to approximate this effect, you’d have to wear your pump either on your collar or your ankle. We’re guessing that not many people do that. With a pump clipped to your waist or anywhere closer to the infusion site, the effect is likely to be much smaller than the researchers report. Additionally, clinical trials would need to be carried out to determine if the effect had any actual impact on A1c or hypoglycemia rates (we note that in another study of 12 patients switching from a traditional pump to the OmniPod, there was no significant difference in A1c; limitations of this study also include small numbers of patients). Many healthcare professionals might also suggest using a CGM to detect changes in glycemic variability that might not be reflected in A1c. In any case, we suspect we’ll learn much more about the potential clinical differences between traditional pumps and tubeless “patch pumps” in the near future – while OmniPod remains the only tubeless pump on the market today, numerous developers (including industry leader Medtronic) are planning to release patch pumps of their own in the coming years. We certainly support various kinds of pumps to fit various patients’ needs, given all the benefits we hear and read about physiologic insulin delivery via insulin pumps.