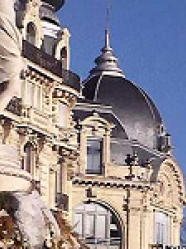 While the rest of America was watching the Super Bowl, we were taking in the countryside in Montpellier, France, at first annual European Diabetes Technology and Transplantation Meeting. The US version, now in its seventh year, will take place in November, but in the meantime we were happy to learn what scientists in Europe and elsewhere.

We always love attending the ADA Postgrad meeting – an update for doctors and nurses on new practices in diabetes. In addition to the excellent lectures and workshops, we learn a great deal by talking to doctors and nurses about what has changed in diabetes management over the last 12 months. This year, nearly 1,000 healthcare professionals attended the conference, which was quite oversold. Many lectures had standing room only, testament, we believe, to the growing interest in new therapies and how to use them.

James S. Hirsch on the Human Drama of Diabetes

The UCSF Pediatric Diabetes Symposium focuses on the latest in therapy for children with diabetes. This fun event caters to families with a diabetic child, or children, and even provides a "Kids Kamp. Our own James Hirsch was there from Boston and gave a moving talk. He writes below about the event and what he said.