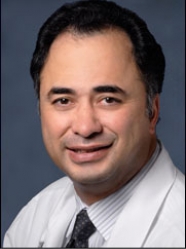 By Kelly Close and Alasdair Wilkins

Dr. Sanjay Kaul is a noted cardiologist working at the Cedars-Sinai Medical Center in Los Angeles. For the past several years, he has served as a cardiology expert on the FDA’s Endocrine and Metabolic Advisory Committee (EMDAC), meaning he is part of the team that evaluates all new diabetes drugs up for FDA approval, with a particular eye toward the drugs’ cardiovascular risks. In this role, he has unquestionably become one of the most influential panel members – his astute comments have not only affected the views of fellow panel members, but arguably those of the FDA when it makes its final decisions on drug approval.

Earlier this month, Dr. Kaul was part of the 15-member panel that reviewed J&J’s Invokana (canagliflozin), which appears on track to be the first SGLT-2 inhibitor approved in the United States. Dr. Kaul was one of ten votes in favor of the drug, and his recommendation came with a critical caveat (and one that we assume all the panelists would have agreed on): Invokana should be used only by those with normal or mildly impaired kidney function, as the drug will be most optimally used (both in terms of efficacy and safety) in patients who do not have any serious kidney problems. After the conclusion of the advisory panel meeting, we had an opportunity to speak with Dr. Kaul, who was very generous with his time. He shared some critical insights with us, including his thoughts on the 10-5 vote for approval, why SGLT-2 inhibitors might have more major potential for people with type 1 diabetes, and why the FDA is unlikely to approve any use of Invokana by people with moderate to severe renal impairment. For more information on SGLT-2 inhibitors, please see this issue's learning curve.

Dr. Kaul on what the advisory panel’s 10-5 vote in favor of approval means for the FDA and going forward:

No one should interpret the 10-5 vote as a strong endorsement for canagliflozin, in my opinion.

If canagliflozin’s FDA Advisory Committee panel is not a strong argument for doing away with the voting, then I don’t know what will. The inverse relationship between the vote and the discussion was quite hilarious. Only the media and the analysts are interested in the vote count. No one should interpret the 10-5 vote as a strong endorsement for canagliflozin, in my opinion. I think I made it clear that my “yes” vote came with the caveat that the sponsor had shown benefit exceeding risk only in patients with normal or mildly impaired renal function. Despite the fact that the sponsor followed the protocol approved by the FDA, I have significant concerns with the CV safety assessment program. However, the sponsor (J&J) should not be penalized for this. The FDA has to provide increased clarity regarding the issues raised by the canagliflozin new drug application (NDA).

Dr. Kaul on prospects for SGLT-2 inhibitors as part of a treatment program for people with type 1 diabetes:

Type 1 diabetes might be a more desirable population for canagliflozin given the limited therapeutic choices and unique mechanism of action with no weight gain or hypoglycemia liability. Some other Advisory Committee members also felt that the drug might be better positioned for type 1 patients without obvious moderate to severe renal dysfunction.

That is unlikely to pass the FDA’s muster, as the benefit-risk balance is not desirable for such patients. I was surprised that J&J did not rigorously address the kidney disease concerns (the company did not collect detailed data on these events). If more than 50% of patients enrolled in the trial have moderatly impaired kidney function, then this therapy is unlikely to be of value in these high-risk patients even if unacceptable cardiovascular safety is ruled out. The SCOUT (use of the drug sibutramine for obesity) dilemma is revisited here – one is forced to evaluate cardiovascular safety in a population that is unlikely to be a target for therapy!

Dr. Kaul on the potential for combining SGLT-2 inhibitors with other diabetes medications:

An interesting concept, but the long-term safety of SGLT-2 inhibitors with regards to infections (and potential risk of cancer) remains incompletely characterized. This strategy has been successfully implemented with Janumet (Januvia plus metformin), so there is reason to be optimistic.

Thank you so much to Dr. Kaul for spending time with diaTribe and sharing his views with us. We thank him on behalf of patients for contributing so much time to this important government advisory board.