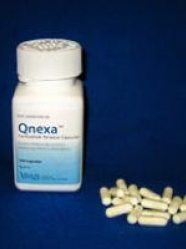 Several months after an FDA advisory committee delivered an overwhelmingly positive vote (20-2) in favor of approving Vivus’ Qnexa for the treatment of obesity, the agency has done it yet again, voting 18-4 (with one abstention) earlier this month to approve Arena’s Lorqess for the treatment of obesity. While the votes for the two drugs are similar at first glance, Lorqess had less enthusiasm, given its more modest efficacy (an average of 3-4% total body weight loss after one year of treatment –this is “average” and some patients experienced more weight loss and some less). Nonetheless, the day’s deliberations reaffirmed that obesity is finally coming closer to being recognized on par with other diseases, worthy and in great need of additional treatment options.

During the FDA’s first review of Lorqess in 2010, the agency decided not to approve the drug largely due to its potential cancer risk. Specifically, breast tissue (mammary) tumors and brain tumors (astrocytomas) were observed at higher rates in mice and rats treated with the drug (see our new now next in diaTribe #26). Since then, results from additional studies and analyses Arena performed have made the FDA more confident in the drug’s safety (judging by the FDA briefing document), as its cancer risk was found to be lower than initially believed. This additional level of comfort with the drug’s safety, combined with the recognition of the unmet need for the treatment of obesity, appeared heavily influence the positive vote by the advisory committee. We also believe the committee recognizes that while “average” weight loss wasn’t that high, Lorqess will prompt higher-than-average weight loss for some patients (and lower than average for others), and availability of the therapy may be particularly positive for them. Also, having several alternatives would be a positive for healthcare providers, many of whom have, to date, been frustrated by the lack of current options.

Although the committee and the FDA noted some questions still remain regarding the drug’s safety (e.g., whether Lorqess’ cancer risk in animals is relevant to humans, and whether cardiovascular risk could definitively be ruled out), they seemed to be comfortable to wait to characterize the remaining uncertainties after Lorqess is on the market and these questions can be properly assessed (it is very difficult to do large enough trials before a drug is approved to assess cancer risk in particular). While approval is by no means guaranteed, Lorqess’ prospects of approval are now much more encouraging, following the positive vote. The FDA now has until June 27 to consider the panel’s recommendation and to make a decision on whether to approve Lorqess. Exciting times ahead – 13 years without any new drugs to treat obesity, and now two could potentially be approved by mid-summer! –VW