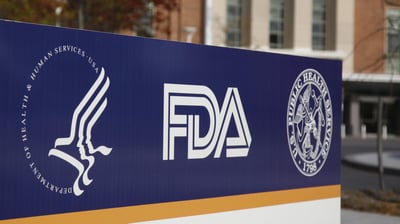 An FDA advisory committee voted 16-0 in favor of approving Novo Nordisk’s semaglutide, a once-weekly injectable GLP-1 agonist for type 2 diabetes. The committee of experts decided that the benefits of the drug, including strong A1c reductions and weight loss, outweighed the risks.

Specifically, the SUSTAIN 5 trial showed an average A1c reduction of 1.4% to 1.8% with semaglutide, along with average weight loss of 8 to 14 pounds.

Earlier semaglutide trials have similarly shown A1c and weight improvements, and initial results from Novo Nordisk’s SUSTAIN 7 trial implied that semaglutide may be slightly better than Trulicity (dulaglutide) on weight loss and A1c. Trulicity is an already-approved once-weekly GLP-1 agonist, which has seen increasing adoption in the past year.

Before voting, the advisory committee thoroughly discussed concerns about the increased risk of retinopathy (damage to the retina of the eye that can cause vision loss) observed in participants taking semaglutide in the SUSTAIN 6 trial, in which 3% of participants taking semaglutide experienced retinopathy, compared to 1.8% who were given a placebo (“nothing”) injection. The panel agreed that the retinopathy risk shouldn’t be disregarded, but did not think that this risk alone should stop the drug from being approved.

Some experts said that the increased retinopathy risk may have resulted from high starting A1c levels and even pre-existing retinopathy in trial participants. It’s also possible that rapid A1c reductions from semaglutide were responsible – those with very steep A1c drops in the first fifteen weeks of the trial were, in fact, more likely to experience retinopathy. Ultimately, the committee recommended including a retinopathy risk warning on semaglutide’s label but agreed that the drug was safe overall. (A similar warning exists on the label of many approved insulins.) Future trials could clarify the retinopathy risk, as well as assess whether semaglutide helps protect the heart.

Thirteen health professionals, people with diabetes, and advocates shared their opinions during the panel’s open public hearing, including representatives from AACE, ADA, and The diaTribe Foundation. Speakers emphasized the need for drugs like semaglutide that help manage blood sugar without increasing risk for hypoglycemia (low blood sugar) and help with weight management. They also noted the convenience of semaglutide’s once-weekly injections. Already-approved once-weekly GLP-1 agonists include Trulicity and Bydureon.

A final decision from the FDA is hoped for by the end of 2017. People with type 2 diabetes might soon benefit from semaglutide’s glucose-lowering and weight loss effects without increased risk of hypoglycemia.