FDA Approves Belviq, the First Obesity Drug to be Approved in 13 Years! 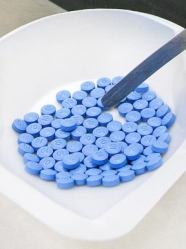 On June 27, the FDA approved Arena Pharmaceutical’s weight-loss drug Belviq (lorcaserin), the first weight-loss drug to be approved in the US in 13 years. Belviq is authorized for use in conjunction with diet and exercise in obese adults (body mass index [BMI] of 30 kg/m2 or greater) or overweight adults (BMI of 27 kg/m2 or greater) with at least one weight-related condition (i.e., high blood pressure, type 2 diabetes, etc.). The drug comes in pill form and is taken twice a day. According to Arena, it will take at least four to six months to receive approval from the Drug Enforcement Agency (which evaluates the potential for drug addiction) to launch the drug, so we expect a launch date in late 2012 or (more likely) early 2013.

Belviq’s approval reverses the FDA’s decision, in October 2010, to reject the drug under a different name, Lorqess (see new now next in diaTribe #26). At that time, the FDA was concerned about the development of breast and brain tumors in mice and rats treated with the drug. Since then, results from additional studies and analyses that Arena has performed have made the FDA more confident in the drug’s safety, as its cancer risk was found to be lower than initially believed.

While a notable step forward for the treatment of obesity and overweight, several experts (including Dr. Arya Sharma of the University of Alberta in Edmonton, Canada) have suggested that Belviq will unlikely represent a ‘magic bullet’ for the obesity epidemic. In the drug’s clinical trials, only modest weight reduction was observed - an average of 3-4% total body weight loss after one year of treatment, though this is “average” and some patients experienced more weight loss and some less. In people with type 2 diabetes, a recently published study found that approximately 45% of participants lost 5% or more of their body weight over a year (approximately 11.4 lbs.). Notably, the trial also found that treatment with Belviq significantly improved blood glucose control (average A1c reduction of 1.0%) – although it’s unclear whether Belviq was completely responsible for this benefit since diabetes medications could be adjusted in the study.

In the future, there is considerable excitement surrounding the use of Belviq in combination with other weight-loss drugs to provide greater weight loss. The safety and efficacy of this use of Belviq, however, has not yet been studied and is not currently approved. We hope such studies will be initiated in the near future. The most common side effects observed with the drug include headache, dizziness, back pain, nausea, and fatigue, and some individuals with type 2 diabetes treated with Belviq experienced hypoglycemia (low blood sugar).

Vivus’ obesity drug Qnexa is next in line for FDA approval on July 17; the drug has demonstrated better tolerability and efficacy than Belviq in clinical trials. In February, an FDA Advisory Committee recommended that Qnexa be approved, and it is largely expected that the FDA will follow the committee’s recommendation (for more information, see new now next in diaTribe #40.) If approved, Qnexa will likely launch before Belviq, as it faces fewer regulatory obstacles with the DEA. After 13 years without any approvals for new obesity drugs (and even several obesity drug removals), things are looking up for patients and healthcare providers in search of alternative weight loss options. We hope that Belviq is just the first of several obesity drugs to receive approval in the coming years, and we are glad that obesity finally seems to be recognized as on par with other diseases, worthy and in great need of additional treatment options. –TT/BK