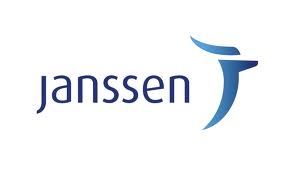 We think the approval is great news for two reasons: 1) this drug has a unique mechanism that other drugs lack, giving health care providers another option for patients; and 2) this suggests the FDA is more open to approving more drugs – we were very worried since the agency did not recently approve Novo Nordisk's insulin degludec.

To understand Invokana’s long-term effects better, the FDA is requiring five long-term studies for the drug including a cardiovascular outcomes study (CANVAS), a bone safety study, two pediatric studies, and a pharmacovigilance program that will monitor side effects. That's a lot to require, but J&J has the resources and is well on its way through CANVAS, its cardiovascular outcomes trial, that began in 2009 and will finish in 2018.

Though there is a lot of talk about increasing spending on new drugs and technology, that is a slight misperception. The average per-patient spending has actually remained quite steady since Diabetes Care, the American Diabetes Association’s clinical care journal, began tracking the costs of diabetes in the late 1980s. Overall spending in the US has increased dramatically though, and the number of patients with diabetes has grown so much in the last decade in particular – it has increased from 6.5 million diagnosed US patients in 1987 to over 22 million in 2012. You can help slow this increased spending by working with your HCPs to make sure that your care is "personalized" to what you need. Take a look at our patient guide (diaTribe.org/patientguide) and determine with your healthcare team how your care can improve.

The issue features a learning curve about SGLT-2 inhibitor medications. It also includes our interview with Dr. Sanjay Kaul, noted cardiologist from Cedars-Sinai Medical Center, Los Angeles, and his thoughts on Invokana and the FDA Advisory Committee on Invokana. diaTribe also attended and covered the exciting meeting at the FDA, including a talk we gave urging for more alternatives for patients. There are several other SGLT-2 inhibitors in development: Bristol-Myers Squibb/AstraZeneca’s Forxiga (dapagliflozin), which is already on the market in Europe, will be reviewed by the FDA later this year with a potential end-of-2013 or early 2014 approval), and Eli Lilly’s empagliflozin was recently submitted to the FDA for review, meaning the earliest it could be approved would be March 2014.

The FDA approval for Invokana is also good news for people with type 1 diabetes – it is thought that they may benefit from this therapy, and there is work from various companies to see if SGLT-2 inhibitors might help treat type 1 diabetes.–KC/NR/JD