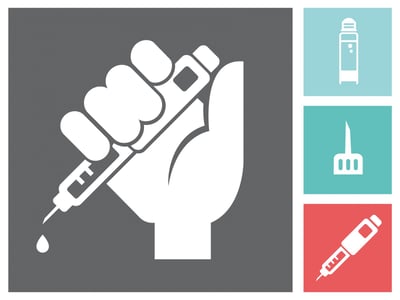 Novo Nordisk’s newest insulin receives EMA approval; expected to launch in the first half of 2017

Fiasp, a new “next-generation,” faster-acting mealtime insulin, recently received approval from the European Medicine’s Agency (EMA), Europe’s equivalent of the US FDA. Fiasp is a more rapid-acting version of Novo Nordisk’s currently available NovoRapid insulin (known as NovoLog in the US).

The new insulin is expected to become available in Europe in the first half of 2017. Novo Nordisk will sell it in vials, refillable PenFill pens, and pre-filled disposable FlexTouch pens. Pricing information for Fiasp is not yet available – diaTribe would imagine that when it’s approved in the US, it will be at least a little more expensive than Novo Nordisk’s Novolog, but in the EMA, it may be lower (this is pure speculation).

In the US, Fiasp is expected to be resubmitted to the FDA in Spring 2017, with an approval hopefully expected by the end of the year. Last fall, the FDA requested further safety information about the drug. As diaTribe understands it, Novo Nordisk’s recent meetings with with the FDA have been highly constructive, and the company committed to sending all the information needed to the FDA by May 6. diaTribe also looks forward to hearing what people with diabetes think of the new insulin when they try it – even if the changes are small, current insulins have many potential areas of improvement.

Perhaps most exciting is that Fiasp taken 20 minutes after the start of a meal has been shown to manage blood glucose levels as well as NovoRapid taken just before mealtime – a meaningful convenience win for those “I forgot to take my insulin!” moments. Taking Fiasp before meals is still the recommended option, but according to many people with diabetes with whom diaTribe speaks, “life happens”, and this dosing flexibility is a welcome feature, all else equal.

Compared to those using NovoRapid, Fiasp users also saw slight A1c improvements in studies, without a higher likelihood of severe hypoglycemia. Moreover, blood glucose levels an hour after mealtime averaged about 10 mg/dl lower in people taking Fiasp than in those taking NovoRapid. This probably equates to overall better “time in zone” and better “outcomes beyond A1c” – diaTribe looks forward to seeing this real-world data.

While diaTribe doesn’t imagine that expert endocrinologists and primary care doctors will ultimately characterize Fiasp as a revolutionary improvement, it is exciting to see even incremental progress in an arena like meal-time insulin, which is one of the most challenging drugs in the world to take. After-meal blood glucose levels remain a major challenge for many with diabetes, in particular. In a dQ&A survey that The diaTribe Foundation presented at the FDA in summer 2016, only 17% of people with type 1 diabetes and 18% of people with type 2 diabetes said that their current therapies are “very successful” at bringing after-meal glucose levels under 180 mg/dl. That was among the lowest success ratings of any question in the survey. It is hoped that Fiasp, and other faster-acting mealtime insulins, can help address this proven need in diabetes care.