Glycemic Outcomes Beyond A1c: Consensus on Measuring What Matters 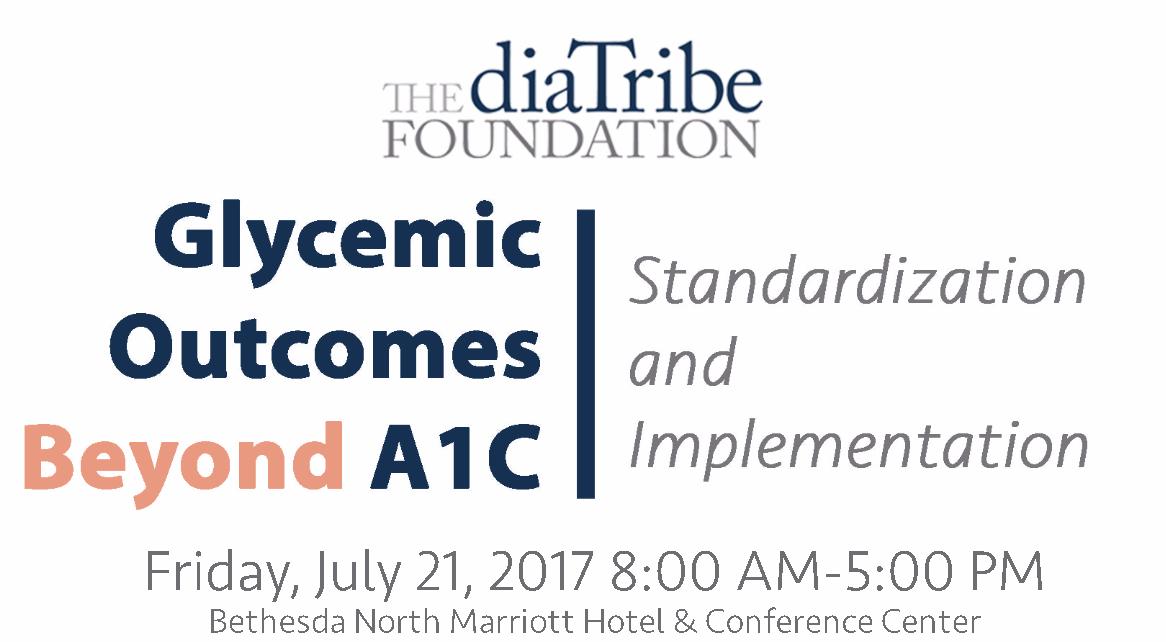 The diaTribe Foundation hosted a day of lively discussions on standardizing and implementing outcomes #BeyondA1c in drug development, FDA approval, research, and access – see what the experts agreed upon at this landmark event

The diaTribe Foundation gathered leaders in the diabetes community on July 21, 2017, to host a discussion on “Glycemic Outcomes Beyond A1c: Standardization and Implementation.” With the #beyondA1c movement having taken great strides in the past year (read more here on why A1c alone is not enough), Friday’s gathering convened experts from the US and Europe to reach a consensus on which glycemic outcomes beyond A1c are important and how to report them in a standardized way. Glycemic outcomes that were discussed included measures such as low blood sugar (hypoglycemia), time spent in-range, and high blood sugar (hyperglycemia).

This landmark meeting was a culmination of two years of work made possible by many groups, including The diaTribe Foundation. In November 2014, The diaTribe Foundation worked with the FDA, JDRF, and ADA to bring patient advocates to the “FDA-Patient Dialogue on Unmet Needs in Diabetes.” Representatives of the diabetes community identified measures such as time-in-range, frequency of low blood sugar (hypoglycemia), and weight change as outcomes that were especially impact daily living with diabetes. In August 2016, that event was followed by a public workshop at the FDA on “Diabetes Outcome Measures Beyond Hemoglobin A1c (HbA1c)” that identified standardization, collaboration, and implementation as key goals for the outcomes beyond A1c movement.

Building off this momentum, a major goal of this meeting was to help the FDA understand that continuous glucose monitoring (CGM) is now accurate enough to measure these critical outcomes, which may not be captured by A1c alone. In turn, CGM data will enable a much better understanding of how different diabetes drugs work. As patient advocate Stephen Shaul told researchers, regulators, and drug and device manufacturers:

“Patients have CGM data and are using it now.
What you need to do is catch up to us.”

Attendees all agreed that A1c is not enough and using CGM to measure additional outcomes could meaningfully change how therapies are developed, how the FDA thinks about the benefits and risks of those therapies, and how people with diabetes and healthcare providers understand the value of those therapies. For instance, a new drug that does not change A1c, but reduces highs and lows would be very meaningful to people with diabetes. As CGM is the best tool available to measure that benefit, it was suggested that the FDA should use CGM data in trials to fully appreciate non-A1c outcomes that significantly impact people with diabetes.

So, what was agreed upon?

The following glucose metrics were endorsed by major professional organizations, researchers, and diabetes advocates. These outcomes beyond A1c would be measured with CGM and reported in a standardized way going forward:

Speakers also agreed that the most dangerous classification for low blood sugar – “severe hypoglycemia” – would describe when a person with diabetes requires assistance from another person (e.g., a caregiver or healthcare provider) to treat a low. This would not be measured directly with CGM, but is a critical outcome beyond A1c that must be tracked and reported routinely.

While discussing numerical cutoffs may seem overly technical to some, after last year’s August 29 meeting hosted at the FDA, many realized that manufacturers and regulators need to use standard measures on how various treatments affect people with diabetes. If time-in-range or hypoglycemia are defined differently from trial to trial and drug to drug, it creates a lot of confusion. Moving forward, these standard thresholds will be important for consistently understanding how well and safely new products work.

Some disagreement remained on what “terminology” to attach to different glucose ranges – for instance, should hypoglycemia less than 54 mg/dl be called “serious,” “very low,” “significant,” or something else? By the end of the day, many agreed that using the numerical values alone – avoiding the terms entirely – may be the safest way to go.

2. A1c can be misleading in individuals – looking at mean glucose may be more important for a particular person with diabetes

Several speakers noted that A1c can be misleading in an individual, since so many factors influence an A1c beyond just glucose – Dr. Robert Ratner pointed out more than 32 factors that can influence an A1c, including anemia, certain drugs, pregnancy, and more! Dr. Rich Bergenstal added that an individual with a mean glucose of 183 could be predicted to have a measured A1c of 7% or 8% or 9%! Meanwhile, a person with an A1c of 8% could have a mean glucose ranging from 155 mg/dl to 215 mg/dl. (Read more on this topic here.) For understanding how a person with diabetes is doing overall, experts advised looking at the mean glucose, a metric best measured with CGM. 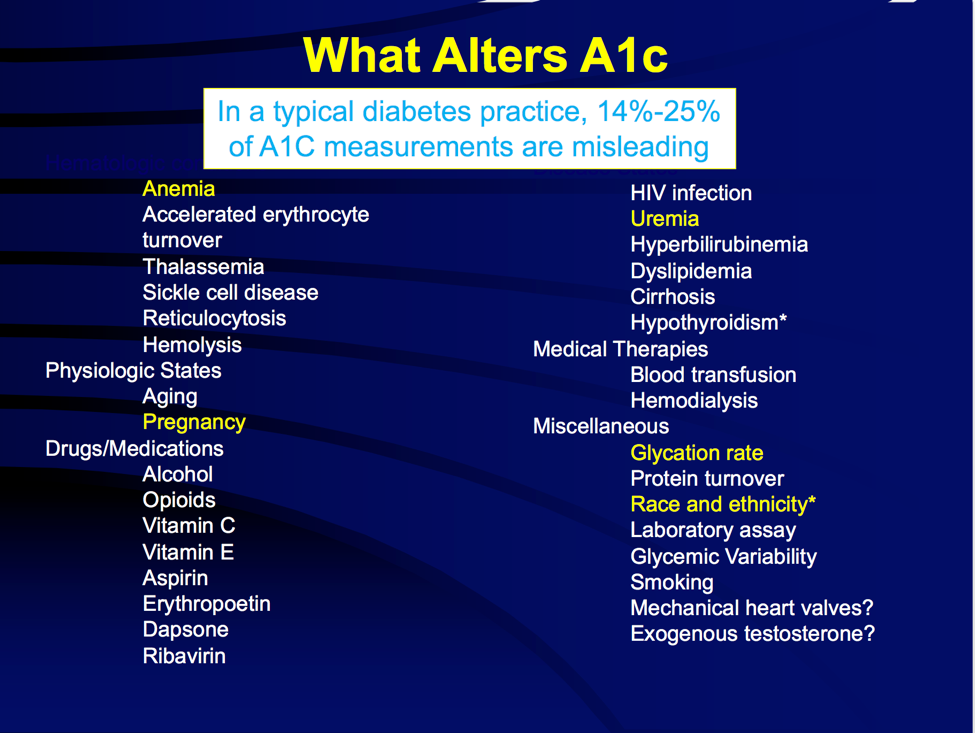 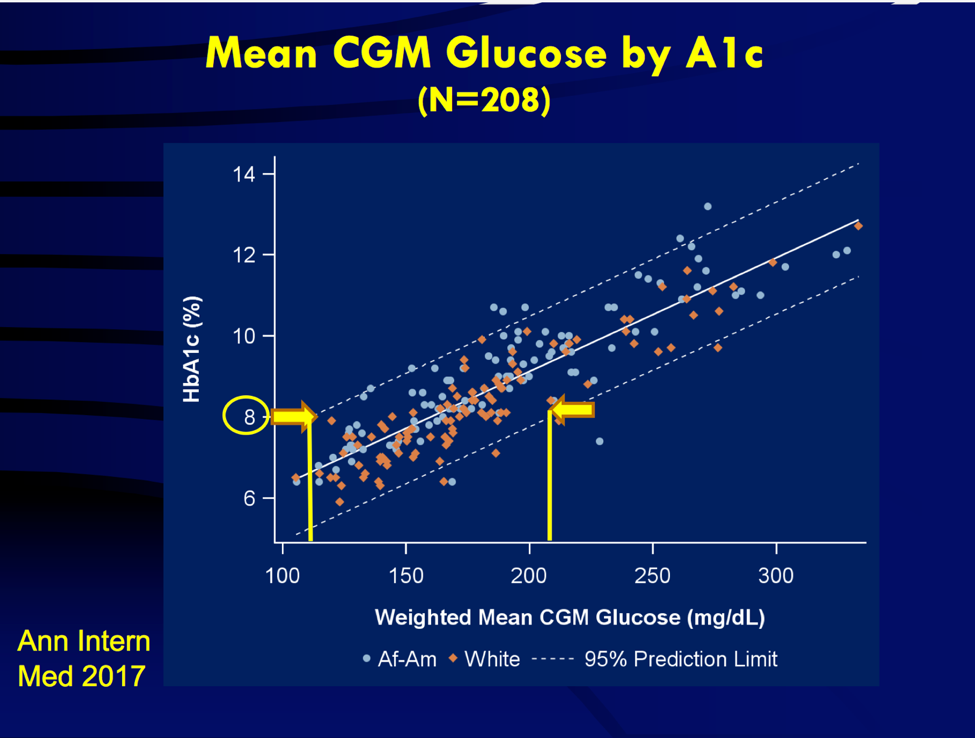 People with diabetes demonstrate tremendous variation in glycemic control for a given A1c level, with an approximately 80 mg/dl range in average glucose for the same A1c level.

3. CGM should be used in far more diabetes research going forward – the tools are ready and capture important data

Notably, on future research, most in the room argued that CGM devices (e.g., those made by Abbott, Dexcom, and Medtronic) should be more widely used in diabetes drug trials, particularly to capture endpoints like hypoglycemia (especially overnight) and the impact of therapies on time-in-range and hyperglycemia.

Attendees felt that these devices have now matured to allow meaningful and accurate collection of these glucose endpoints – data that cannot be captured with fingersticks or A1c values representing a rough three-month average.

Read on for more from the day’s presentations and workshops, including some Quotable Quotes about outcomes beyond A1c.

Perspectives on the current state of the field:

The day started off with a round of excellent presentations on the limitations of A1c, on evolving diabetes technology, and on how both will shape future developments. Though the limits of A1c measures – as a three-month average of glucose levels – have been widely acknowledged (see this diaTribe piece), the presentations reminded everyone why it is critical to move beyond. A common thread in the presentations was the emphasis on technologies like CGM that have propelled the #BeyondA1c movement to breakneck speed, as users can now visualize in real-time outcomes that better reflect daily life with diabetes – such as time-in-range, hypoglycemia, hyperglycemia, and glycemic variability. Notable quotes included: 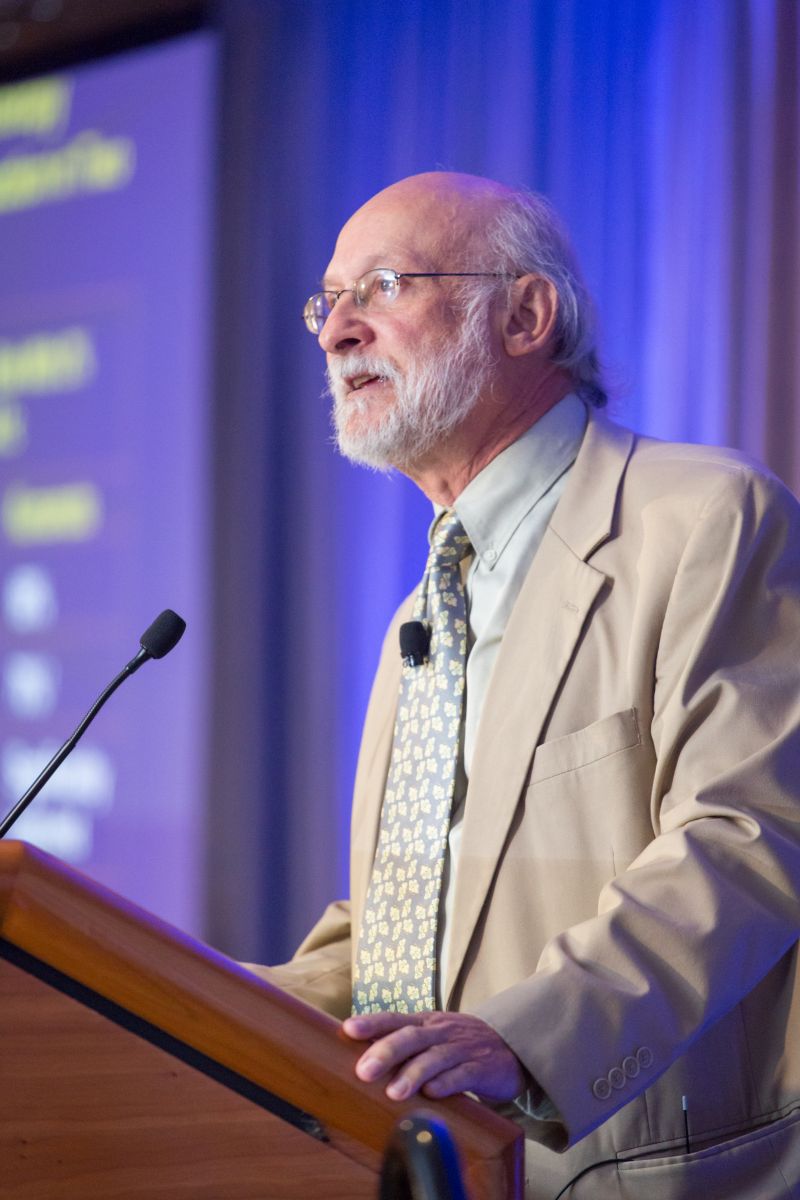 Perspectives from People with Diabetes and Other Patient Advocates:

It was encouraging to hear speakers acknowledge the necessity to more broadly consider and measure patient-reported outcomes in the development and evaluation of diabetes therapies. With representatives from the FDA in attendance, it was particularly important for people with diabetes and other patient advocates to voice their concerns and hopes for standardizing outcomes beyond A1c. View the video compilation of voices of people with diabetes shown at the conference below:

Glycemic Outcomes Beyond A1C from Abigail on Vimeo.

Perspectives from Researchers and Leaders: 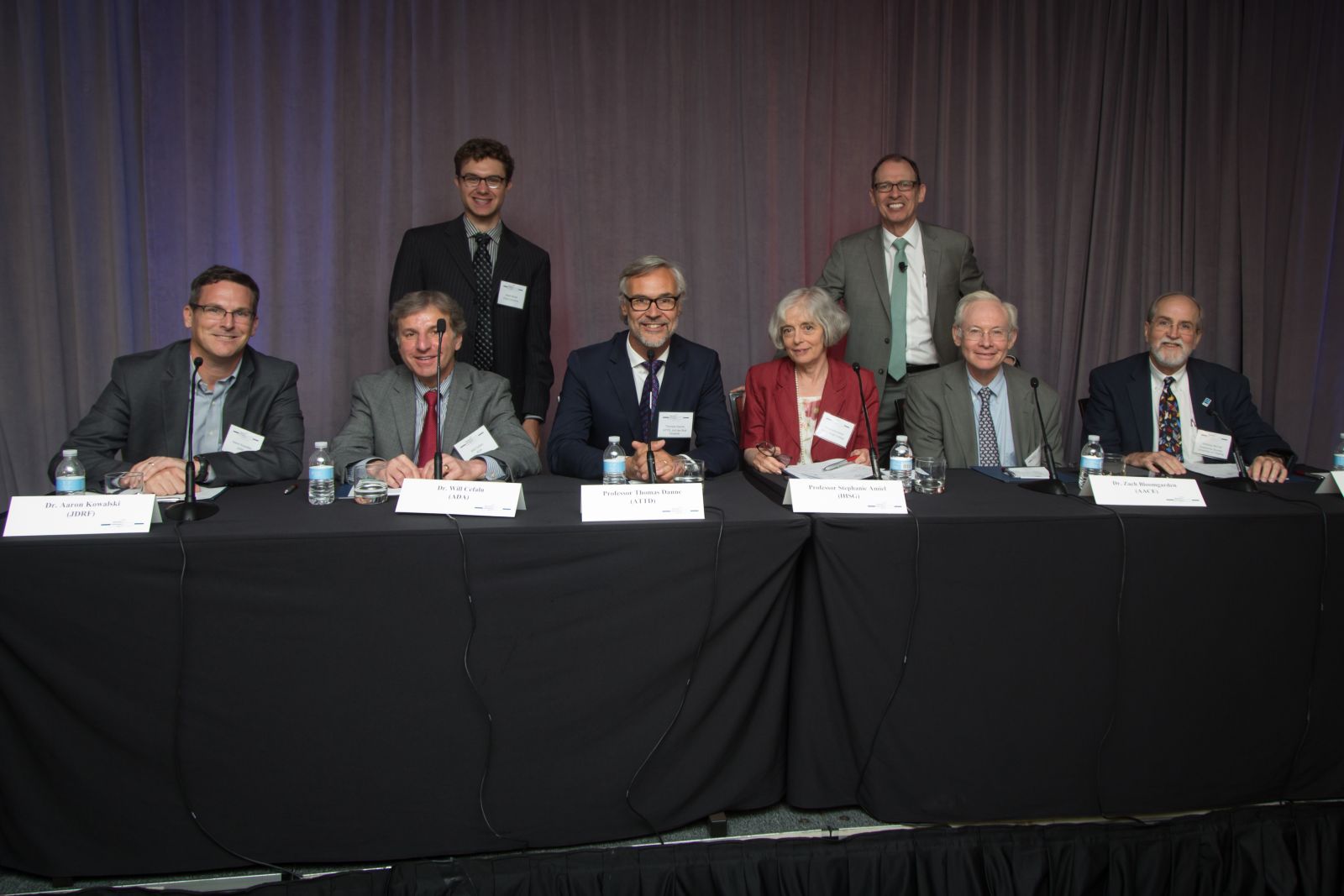 A majority of the speakers were excited about the progress being made in standardizing glycemic outcomes beyond A1c, such as defining the blood glucose ranges associated with time-in-range (and out-of-range), instances of hypoglycemia or hyperglycemia, and other metrics related to CGM. Many speakers shared personal stories of people with diabetes who had “target” A1c levels (typically less than 7%), but “high diabetes burden” or big fluctuations between high and low glucose levels. It was especially encouraging to hear Dr. Janet Woodcock (FDA, Director of the Center for Drug Evaluation and Research) share her optimism that meaningful progress could come out of this gathering. Notable quotes included:

The diaTribe Foundation is pleased to share the Glycemic Outcomes Beyond A1c Resources page, which includes coverage of the July gathering and the meetings leading up to "Glycemic Outcomes Beyond A1C", materials from the day (i.e. agenda, presentations, patient video), notable journal articles written on glycemic variability, hypoglycemia, future clinical trials, and implementation, and a link to view the entire meeting.