Happy 2008!! We are looking forward to a very positive year in all things diabetes-related.

First up, many thanks for your continued contribution to our first-year anniversary survey. The entire diaTribe staff is working tirelessly to analyze the data for guidance on how to improve our publication. If you're around, come check out the diaTribe stand at the ADA Expo on February 2, in Santa Clara, CA. We have new diaTribe t-shirts ("Actually, I CAN eat that!"), and you can register for a raffle for a free one! If you haven't yet taken the survey, check it out.

Looking forward in 2008, we're hopeful about the outcome of the Juvenile Diabetes Research Foundation (JDRF) continuous glucose monitoring (CGM) trial. As you may know from reading last issue's Logbook, getting reimbursed for CGM devices and supplies can be almost a fulltime job. This trial will show - conclusively, we hope - the true value of CGM and its potential to shield a substantial number of diabetic patients from complications. On that front, the Medtronic STAR 3 trial is working toward a similar goal, and we hope that the yearlong data from both of these trials will help the reimbursement effort and possibly shift more attention to the importance of glycemic variability.

Here at diaTribe, we are also very excited about new ways in which researchers and scientists are thinking about diabetes therapy. Mark Yarchoan, our go-to writer on all things scientific, writes a comprehensive Learning Curve in this issue on a number of the most promising new targets that scientists are investigating. Many of these products are in the final stages of clinical trials before FDA submission and evaluation this year. If approved, they could be on the market in one to two years. But approval will not be easy, given what we have interpreted as the tightening of the FDA regulatory belt - it is harder to get a drug approved today than it was just a few years ago. But we won't complain. From a patient perspective, it is comforting to know that there are more treatments on the horizon and that we have really good people toiling in labs on behalf of patients everywhere.

Switching gears, we were delighted to see data that glycemic control is improving in the U.S. I opened up the January 2008 Diabetes Care journal and read the article by Thomas Hoegur, PhD, and colleagues, which suggested that the percentage of U.S. adults with A1cs under 7% has increased from a dismal 34% in 1999-2000 to a much-improved 56% in 2003-2004. 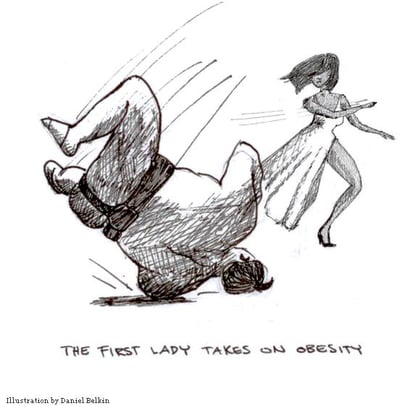 We believe the reasons for this trend are increased blood glucose monitoring (and "connecting the dots"), improved technology and simpler, more convenient therapies - take the new SymlinPen injection for example, which we write about in this month's Test Drive. With new drugs around the corner, we think the trend for improved control will likely continue.

All in all, we are optimistic for 2008, and we hope this issue gets you as pumped as we are, so to speak.