The Health Insurance Landscape in the 21st Century: How Does Policy Affect People with Diabetes? 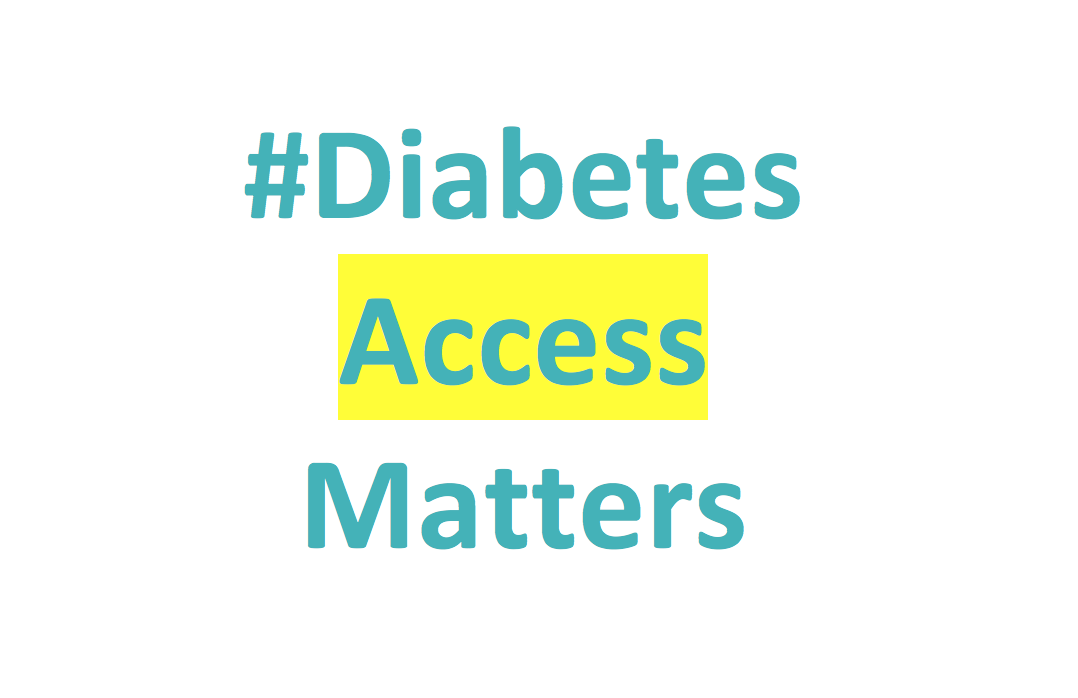 Understanding the UnitedHealthcare/Medtronic partnership in the context of the Affordable Care Act.

By Kelly Close and Nicole Kofman

The diaTribe Foundation extends a big “thank you” to T1D Exchange, Executive Director, Dana Ball and CMO, Dr. Henry Anhalt, for organizing and hosting an important discussion on access to diabetes therapies. We have heard time and again that many patients in the US are struggling far more than they have historically with higher co-pays, higher deductibles, and higher premiums. The advent of the ACA has meant at least basic coverage for far more people – but for many, if the deductible is so high, this translates into only “bus coverage” – that means, if someone is hit by a bus, the coverage will help. Otherwise, the deductibles and associated payments are so steep that the coverage from ACA is meaningless.

Some other background is also relevant. For starters, the diabetes community found out that starting on July 1, the largest insurer in the country – UnitedHealthcare – would designate a single manufacturer – Medtronic - as its preferred provider of insulin pumps. While this affected only a small percentage of patients (the majority already used Medtronic), we like the notion of payers making decisions after they have had a chance to hear from actual patients. It is true, of course, that many decisions are already “sole-source” – for example, Kaiser patients have used the same sole-source provider for glucose strips for well over a decade, and such agreements are common in oral drugs and insulin. Still, many patient advocates were wary of this decision by UnitedHealthcare given the very personal nature of insulin pumps.  Read the letter that we wrote after a conversation with nearly two dozen advocates in the diabetes community here. As a result of this development, the diabetes advocacy community came together to discuss what this change means. T1D Exchange played a key role in designing and hosting a meeting at ADA Scientific Sessions, called “The Health Insurance Landscape in the 21st Century: How Does Policy Affect People with Diabetes?” We bring you the highlights here.

Overview of the Affordable Care Act

The meeting began with a crash course on the Affordable Care Act (see slides here). While one could spend hundreds of hours trying to understand this legislation and how it affects people with diabetes, Ms. Katherine Hollywood, from the employee benefits firm Yozell Associates (Boston), gave a comprehensive overview of how the law has affected insurance plans and insurance companies (and, subsequently, individuals). While by some estimates the ACA has insured over 16 million people who otherwise wouldn’t have had health insurance, it also has had downstream effects on employers cutting back on health plans for their employees and on members having higher out of pocket costs, particularly co-pays and deductibles. It has also had an effect  on insurers offering limited networks and formularies, exiting unprofitable markets, and contracting with different manufacturers. The UnitedHealthcare/Medtronic partnership is an example of the latter effect, resulting in a reduction in options for some people insured by United – although nearly 80% already had Medtronic, over 20% did not. See Ms. Hollywood’s slides here to learn more. We still are not sure what the implications are for people with pumps that are not Medtronic – we’d like for it to be crystal clear for those without Medtronic pumps to advocate for a way to stay with other vendors – we’re staying tuned to find out more of what will be required. We hope that doctors and nurses aren’t going to be asked to submit piles of paperwork, because they are all working harder than enough already.

Ms. Amanda Bartelme, a JDRF volunteer and former Avalere Health leader (she also has diabetes), laid out how health care reforms affect people with diabetes (see her slides here). She discussed how the triple aim of health policy reform - better care, reduced costs, and better population health – has led to changes in the way that healthcare is paid for:

So if there is a greater emphasis on paying for value, how do insurers determine the value of a product or service and whether it should be covered? Ms. Bartelme shared a matrix that illustrates the balance between cost, effectiveness, and coverage: 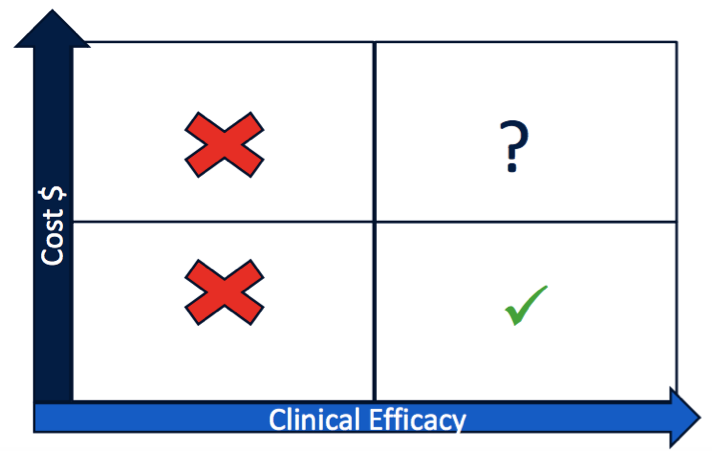 Currently, clinical efficacy of diabetes therapies and devices is measured exclusively by A1c; factors like time spent “in range” (i.e., not in hypoglycemia or hyperglycemia), treatment burden or risk, and overall quality of life are not taken into account when approving or paying for products and services. Hopefully this will change soon; on August 29, The diaTribe Foundation and other advocacy groups and patients will meet with FDA to discuss alternative outcomes beyond A1c to be incorporated into the regulatory process. See more on this meeting here!

For now, what does this mean for patients? Ms. Bartelme’s biggest piece of advice was to “to be your own advocate.” While we eagerly anticipate the day when that isn’t so difficult, complicated, and time-consuming, Ms. Bartelme’s tips are a good place to start:

Up until recently, the diabetes community has not focused on gathering the data necessary to change the payment landscape or to change the way that the field values outcomes. However, that has changed with the Health Policy Collaboration between JDRF, The Helmsley Charitable Trust, and T1D Exchange, which formally launched in March 2016. Different outcomes are important to different stakeholders (see image below), and finding ways to balance each stakeholder’s interests through policy reform will be key as the field works to address access issues. See JDRF Chief Mission Officer Dr. Aaron Kowalski's compelling presentation here for more on JDRF’s initiatives. 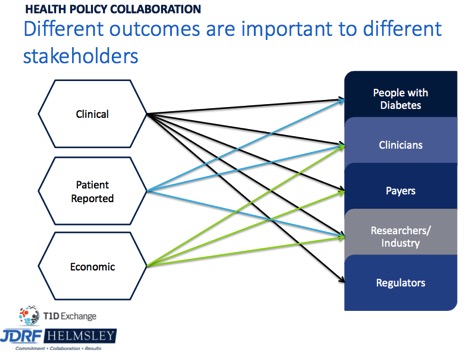 The meeting ended with a meaty discussion specifically referencing the UnitedHealthcare/ Medtronic partnership. The greatest concern that was raised from a number of advocates was that competition is critical to innovation, and exclusive partnerships that are frequently becoming the norm in healthcare create hurt smaller entrepreneurial companies. As one attendee said, what incentive will investors have to invest in innovation (think smart insulin, the artificial pancreas, stem cell replacement therapy, and more!) if there is no chance at reimbursement? While we do not think “no chance” at reimbursement will emerge (particularly not with patient pressure), we do think the current environment, especially with a higher number of “sole-source” deals, will be more challenging to smaller companies. At the same time, how does the field balance the conversation between cost and choice? Undoubtedly, spending on diabetes must go down (nearly one in five healthcare dollars spent is related to diabetes, including one in three Medicare dollars, and healthcare spending accounts for nearly 20% of our country’s GDP). However, we need to make sure that payers and our healthcare systems cut costs in reasonable places, valuing outcomes that matter most to patients.

In addition to bringing advocates together around this issue, one of the outcomes of uncontrolled diabetes costs is that has resulted in more engaged consumers. Now we just have to hope that this increased attention leads to progress.

Again, thank you to T1D Exchange for enabling this important conversation, and for JDRF’s and the Helmsley Charitable Trust’s valuable contributions! Working together, we can reduce costs and improve outcomes for all.

Does Your Diabetes Device Bother Your Skin?
9/21/20