The iLet Bionic Pancreas – No Need to Count Carbs 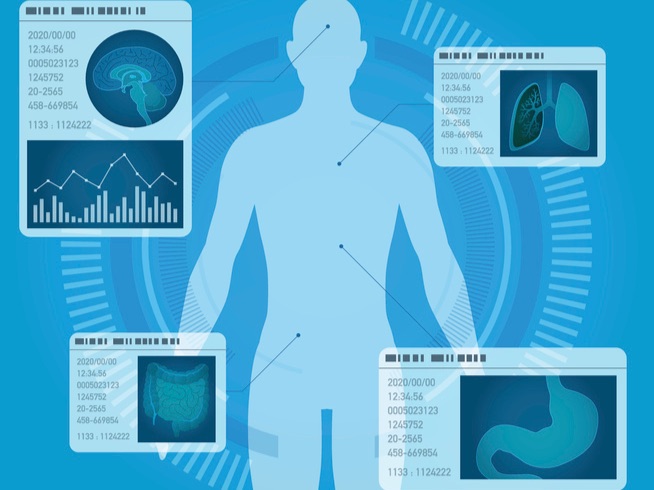 Impressive results from a trial for an up-and-coming artificial pancreas showed that users spent an average of 2.6 more hours in range each day compared to non-users – all without counting carbs. Here's what trial participants are saying about the new system.

The iLet Bionic Pancreas is an automated insulin delivery (AID) system, not yet approved by the FDA, that consists of a tubed insulin pump, a Dexcom G6 continuous glucose monitor (CGM) and a connected smartphone or reader. Unlike other AID systems, iLet requires very limited input from the user.

When setting up the device, the only information that users need to enter is their weight. For adjustments in insulin dosing, users enter their desired glucose target (usual, lower, or higher), the type of meal (breakfast, lunch, dinner), and the size of the meal (usual, less, or more) – no carb counting is required. After entering glucose targets and details about the meal, the pump’s algorithm can automatically make adjustments to insulin dosing.

In December 2019, iLet was granted “breakthrough device” designation by the FDA. This designation is given to devices that could potentially provide more effective treatment for life-threatening conditions, such as diabetes. It also means that the FDA will prioritize the review of the device, speeding up the timeline for approval.

What did trial results on the iLet Bionic Pancreas show?

Courtney Balliro, a clinical research nurse and project manager at Massachusetts General Hospital's Diabetes Research Center and a member of the team investigating the iLet, reviewed the pivotal trial results, at the Association of Diabetes Care and Education Specialists (ADCES) 2022 annual conference on August 14th. The trial results were first presented at an earlier conference in April 2022.

Entering the trial, approximately one third of participants used an AID system, another third used an insulin pump without AID, and the remaining participants were on multiple daily injections. Regardless, all participants used a CGM throughout the trial. At the end of the 13-week trial, participants using the iLet system spent an average of 2.6 more hours per day in their target glucose range than those who continued using their existing insulin delivery method.

What are iLet users saying?

During her talk, Balliro provided several quotes from a focus group of iLet trial participants who commented on their experience with the system.

“I don’t think I had a clear sense of how much carb counting I do in my life, until I didn’t need to carb count. And I found that to be an incredibly mentally freeing experience,” said one user.

Other users commented that the system made them feel more relaxed. One user said, “I really relinquished control [over my insulin dosing decisions], and it was delightful.”

Another participant said they felt the system “almost made me forget I had diabetes” because of how quickly the system responds to changes in glucose levels without the need for manual adjustments.

While some users felt comfortable letting the iLet system adjust insulin doses without significant input, others found it hard to give up direct control over their daily insulin regimen.

“Giving up that control was very hard for me … I would have little waves of panic while getting used to it,” one participant said. Another participant added that they were surprised by how unsettling the lack of control was, especially for the first few days using the system.

Because iLet users only need to enter their meal type (breakfast, lunch, or dinner) and size of meal (usual, less, or more than usual), bolusing can be a big adjustment. Balliro explained that the iLet Bionic Pancreas team refers to this new bolusing method as “meal announcements.”

The iLet system is awaiting FDA approval. However, clinical trial results and user testimonials were impressive in improving Time in Range, A1C, and, for many, reduced diabetes-related stress.

To find out more about the trial results for the iLet Bionic Pancreas, check out these resources: