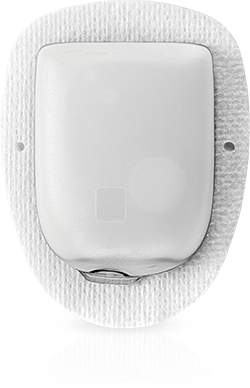 Omnipod will be available in pharmacies and covered under Medicare Part D. Coverage is expected to officially start next January, though formulary exceptions are possible in 2018.

While Insulet’s tubeless Omnipod insulin pump has been available in the US since 2005, it was the only FDA-cleared insulin pump not covered by Medicare – until this week. New clarification from the Centers for Medicare and Medicaid Services (CMS) allows the Omnipod to be covered under Medicare Part D, which is dedicated to prescription drug coverage.

Insulet is currently working with Medicare Part D plans to get the Omnipod on “formularies,” the lists of what is covered on different plans (and what things cost). This will occur from now until April, paving the way for coverage to officially start on January 1, 2019. Starting immediately, individuals with Part D coverage can apply to get the Omnipod covered through a “formulary exception.” Insulet has an FAQ here with more details on the process; we’ll update this piece as we hear how successful these efforts are.

Once the Omnipod is available on Medicare formulary lists, it will require a prescription and will be offered through pharmacies, similar to prescription drugs. This is a big win, as it might enable lower out-of-pocket costs for Omnipod and make it less burdensome to get supplies. After a prescription is written for the Omnipod, a Medicare beneficiary will go to the pharmacy, pay a copay, and get on the pump. About 10% of Insulet’s patients currently get their Omnipods through the pharmacy with private insurance, and most report a better overall experience than the mail-order process. The upcoming formulary decisions will formalize what out-of-pocket costs look like and what criteria someone must meet to qualify for a pump.

Because many insurers follow the decisions of Medicare, its coverage of the Omnipod could pave the way for state-run Medicaid programs to also cover it, as well as some private insurers who have not yet done so. Combining Medicare and the potential for expanded Medicaid access, Omnipod could now become available to an additional 450,000 people with type 1 diabetes in the US. Great news!

Insulet also believes that people with type 2 diabetes might qualify for Omnipod coverage. We’ll have to see what happens once the formulary negotiations are finalized.

Why Wasn’t the Omnipod Covered Before?

Insulet’s tubeless Omnipod is covered under Part D, while tubed insulin pumps and therapeutic CGMs are covered by Part B. (You can learn more about the different parts of Medicare coverage here.) The Omnipod wasn’t covered under Medicare Part B because of a bizarre Medicare guideline that said tubeless insulin delivery devices, like the Omnipod, couldn’t be counted as insulin pumps – since the insulin-delivering pod is disposable, it didn’t technically qualify as “durable medical equipment” under Part B.

The new “guidance” document from Medicare, however, says that “medical supplies associated with the injection of insulin,” which aren’t already covered by Part B, are covered by Part D. With this “benefit category” now figured out, Omnipod can get coverage.

Multiple professional groups (AADE, AACE, Endo), patient groups (diaTribe, DPAC, JDRF, NDVLC), and countless people with diabetes that helped demonstrate to CMS how much it would mean to get coverage of the Omnipod. See the summary of letters here from patient advocacy organizations. It took too long (three years!), but CMS finally made the right decision.