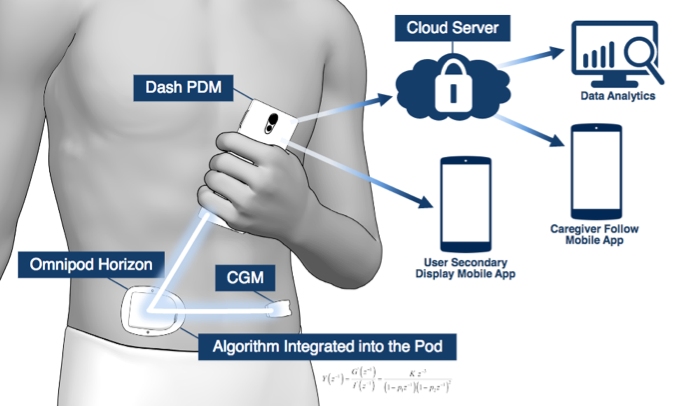 Expected in 2017. Plus, the latest in the pipeline, including concentrated insulin systems and the Horizon Automated Glucose Control System

During its first-ever Investor Day, Insulet shared timing and new details on its key products in development. The highlights:

Read on below for details on each product.

Omnipod Dash System – Launch expected by the end of 2017

Insulet’s next big update, called Omnipod Dash, will add Bluetooth into the pod and finally bring a refresh to the personal diabetes manager (PDM) handheld device. A touchscreen Android phone will now become the Omnipod PDM, a big step up over the current handheld that looks very much like a medical device. The Android phone PDM will be “locked down,” meaning it will not have cellular capabilities, other apps, or an integrated blood glucose meter. It will use Bluetooth to communicate wirelessly with the pod (e.g., to deliver a bolus) and to talk to a Bluetooth-enabled glucose meter (brand not named). The Dash Android PDM will also communicate with a paired app on a user’s normal smartphone that will then relay pump data to caregivers (“followers”; see image above). 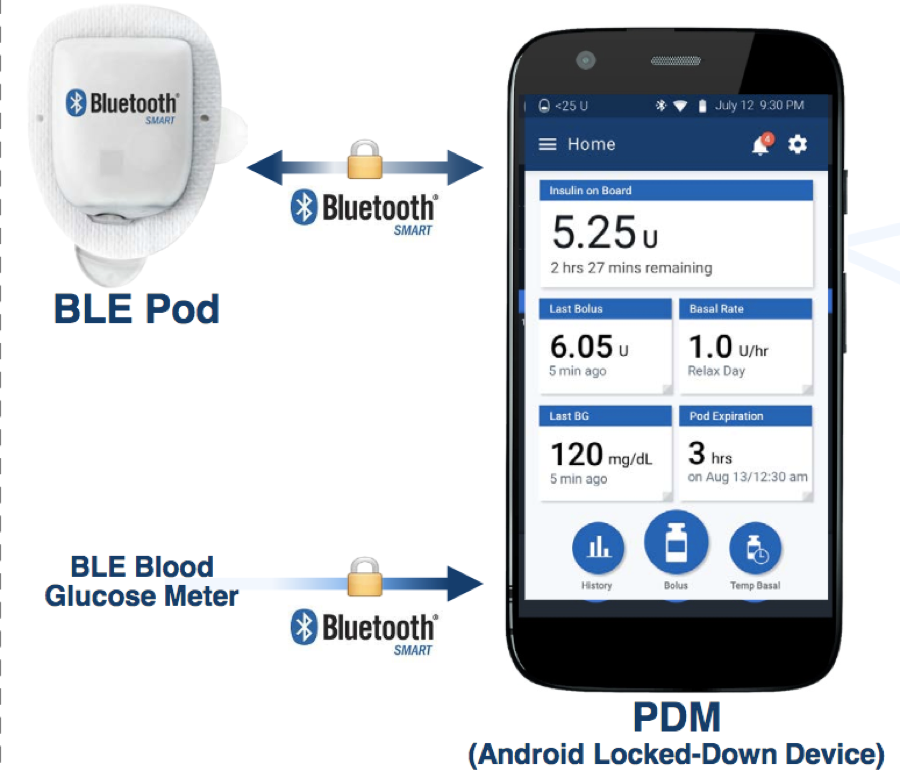 Insulet expects to file for FDA clearance in mid-2017 and hopes to launch Dash by the end of 2017. Notably, all current Omnipod pumpers will have the option to transition to the new Dash system when it launches. Over time, the existing PDM will be phased out and all users will be transitioned to the new Dash platform. There are no pricing details to report. Dash will not allow users to bolus from their own smartphone, though perhaps Insulet and the FDA may pursue something similar down the road.

Insulet’s automated insulin delivery system is expected to launch in late 2019, with pivotal trials in late 2018-early 2019. The on-body pod and Dexcom CGM will communicate with one another directly, meaning that users won’t need to have the handheld Dash PDM with them to remain in closed loop (see image) - a big advantage. Read more details on the Horizon System in diaTribe’s review of Automated Insulin Delivery in 2016. 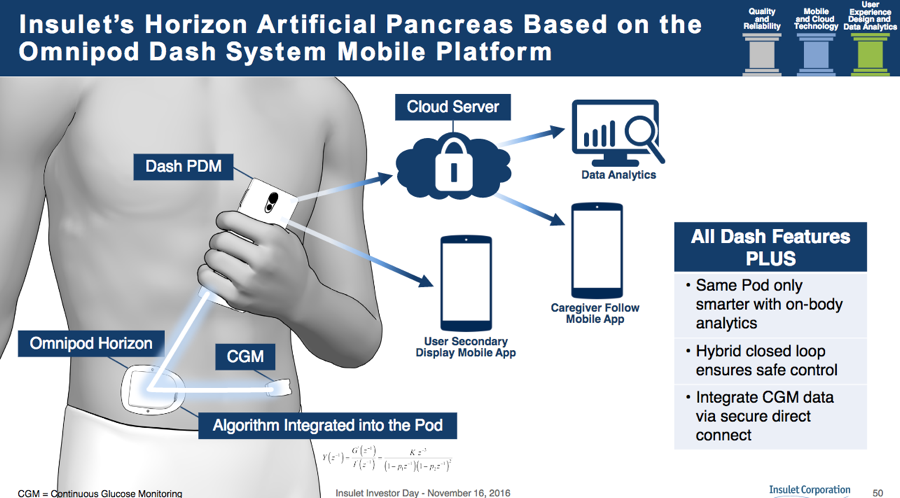 The Biggest News in Diabetes Technology: Opening Day at ATTD 2021

The Biggest News in Diabetes Technology: Opening Day at ATTD 2021

Remember, Your Time in Range Isn’t a Grade Either

Remember, Your Time in Range Isn’t a Grade Either