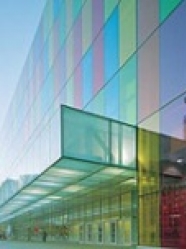 In October we packed our bags and headed to Montreal, Quebec, for the International Diabetes Federation (IDF) 20th World Diabetes Congress. We are always excited to attend this biannual meeting, which draws over 12,000 physicians, nurses, political officials, and industry professionals from 150 countries across the globe. This year, we were pleased to see evidence of the global enthusiasm to prevent and successfully treat diabetes. With over 300 speakers and six thematic tracks, IDF covered a lot of ground, both in the formal presentations and the informal conversations throughout the conference hall. We already look forward to the next Congress in Dubai, United Arab Emirates, in 2011.

another step forward with pivotal trials

This year, the World Diabetes Congress released new data from several pivotal trials, including the 4-T and ONSET trials.

The focus of the three-year 4-T study was to determine if insulin-naive patients achieve the best results when starting with basal, bolus, or pre-mixed insulin. The results of the study suggest that patients who begin with basal insulin achieve the most balanced control, obtaining glucose control with the least hypoglycemia and weight gain. What we found striking was the clear suggestion that intensifying insulin by adding bolus insulin to a basal insulin regimen is critical for type 2 patients who are not reaching their target on basal insulin alone. We are not sure how many patients in the US are on basal-insulin only, but it is estimated that more than 10 million type 2 patients do not have their diabetes under control, and we would wager that a substantial number of these type 2 patients who are not at goal are on basal-only therapy. We found it interesting that during the question and answer session, Dr. Rury Holman (University of Oxford, Oxford, UK), who presented the data, said that patients should begin insulin when they are closer to goal and in doing so they may be more likely to be able to maintain good control with a single basal shot per day for a longer period of time than if they wait until their condition worsened to start insulin therapy.

Another set of much-anticipated results was from the ONSET trial, which explored the benefits of adding continuous glucose monitoring (CGM) to an insulin pump regimen in type 1 children. The take-home message from ONSET is that adding CGM to a pump regimen can significantly reduce severe hypoglycemic episodes, an issue of critical concern in young type 1 patients. We also note that this trial highlights the need for better technology (more reliable sensors with a longer lifespan, for instance), so that as many barriers to patient use can be broken down as possible – as in many other CGM trials we have seen, A1c reductions were most substantial in the patients who used the device on a regular basis.

The World Congress was also home to some sobering occasions, including the launch of the 4th edition of the IDF World Diabetes Atlas. This publication included the latest calculated estimates of how many people will have diabetes by the years 2010 and 2030. The statistics were staggering. A daunting 285 million people today have diabetes worldwide, and that number is expected to grow to 435 million people by the year 2030 (for perspective, keep in mind the entire US population is just over 300 million people). More than half of the population of current diabetes patients are between the ages of 20 and 60 years old. The number of people with impaired glucose tolerance (popularly labeled prediabetes) is expected to reach 344 million in the year 2010 and 472 million people by the year 2030. It may seem that the United States carries an unusually high burden of diabetes, but even with the third highest number of diabetes patients in the world, that still amounts to less than 10% of our population. There are places, such as Nauru (an island nation of Micronesia in the South Pacific) where over 30% of their entire population has the disease. Treating diabetes costs the most in the United States and Finland (over $6,500 per patient), but the cost of treating diabetes eats up 76% of the average patient’s income in Mozambique. We hope that publications like the Atlas brings into sharp relief the magnitude, and challenges, of this epidemic.