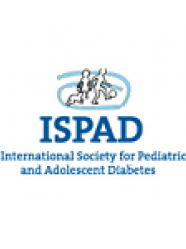 ISPAD is the only international society specifically for all types of childhood diabetes - most commonly, type 1. This year's ISPAD meeting took place at the stylish Berlin Convention Center in Alexanderplatz, Germany. It was billed as the biggest ISPAD meeting yet, with 1,300 people from 66 countries; the theme was Diabetes in Motion, which highlights the remarkable momentum in our field. Witness the declaration by the International Diabetes Federation (IDF) and the World Health Organization (WHO) that 2007-2008 is the Year of the Child and the Adolescent with Diabetes

The Diabetes Attitudes, Wishes & Needs (DAWN) Youth global program was a highlight of the meeting. This initiative, sponsored by Novo Nordisk, aims to raise awareness of the psychological, social and educational support needed for children and adolescents with type 1 diabetes - most notably centered around depression. Hopefully, the study will provide insights to physicians and policymakers alike, both nationally and globally.

The study includes surveys such as the DAWN Youth WebTalk, which is taking place in nine countries. The effort is designed to be a conversation among youth, their families, and the medical community to help patients play a more central role in their care. Early results from this survey indicate that 40-50 percent of parents report that their child's academic performance is affected by diabetes. Some recommendations so far include:

The conference panel that discussed the DAWN study pushed for regulation to allow school staff to help children with diabetes. In most European countries, children have to rely on friends or school staff. In most other countries, including the U.S., staff and school nurses are often not permitted to help students with diabetes treatments like testing their blood sugar or giving insulin injections. Furthermore, a large percentage of school staff and nurses are not trained to deal with hypoglycemia or other diabetes emergencies. This is disheartening, and we hope that this study leads to correction of these shortcomings - there's a long way to go.

While at ISPAD, diaTribe also learned that the incidence of type 2 diabetes in children is increasing dramatically in almost all countries. In the U.S. there was a 10-fold increase in incidence from 1990-2000. In Australia there's been a 5-20 percent increase per year since 2001. In Japan, the incidence of type 2 increased dramatically in the 1980's, remained high until the early 2000's, and now incidence has fallen, probably due to improved public healthcare measures. This marks the first country in which the trend has been reversed.

A panel discussing this issue suggested that in rich countries, the challenge is making the system work for children. "The U.S. has so many systems (that) we really have no system,- said Dr. Stuart Brink, a pediatric endocrinologist. In poorer countries, children die because of poor access to care. Lack of insulin, for example, is still the leading cause of death of children with diabetes. In these countries, multiple daily injections (MDI) are the best way to reduce diabetic complications, but the majority of people with diabetes are not on MDI, even if they can get insulin. The panel also noted their surprise that after 30 years, the cost of self-monitoring of blood glucose is still so high. A child could be supplied with insulin for $225, but it costs $700 a year for blood glucose monitoring. While these numbers may not be the most daunting, they often represent entire annual salaries in developing countries. What would you do if you had to pay your entire annual salary to buy the drugs to keep yourself or your child alive?

Also at ISPAD, there was a fascinating session on the perception of pain, sponsored by Terumo, a Japanese medical products company. Pain is not felt in the same way by different people, and this is particularly true with needles and lancets. In the 1920's, people with diabetes were given a glass syringe, two (huge) needles and a file (to sharpen the needles). Ouch! Do needles still hurt - or is the pain psychological?

In studies by Dr. Ragnar Hanas of Uddevalla, Sweden, some 28 percent of children reported a fear of needles (and 35 percent of their parents!). Eight percent of kids said they couldn't concentrate because they feared their next injection. It also turns out that there is a pain memory - early childhood pain means a greater sensitivity to pain in later life. To deal with injection pain, Dr Hanas was a big proponent of using 'injection ports' - in-dwelling catheters - such as the Insuflon or the I-Port.

Meanwhile, Dr. Thomas Danne presented a trial he performed on the Terumo Finetouch lancet. It turned out that the absolute "pain perception" with Terumo was much lower than with conventional lancets. This may be because the Terumo lancet has a hollow-bore needle, and its entry into the skin is very shallow. The investigators lanced 164 children with their hand inside a 'black box'. At random, they used the Finetouch lancet, a conventional lancet and a placebo (a click only, without a needle inside the lancing device). The Finetouch was only painful 46 percent of the time, versus 69 percent for conventional and 8 percent for the placebo.

This study showed a real difference with the Terumo lancet, but sadly this product is not available in the USA, and the company tells us that it has no immediate plans to market it here. Let's hope another company can find a way to innovate on pain reduction.