view an infographic summary of this article

When I was a teenager, I consistently ran an A1c in the 8.0%-9.0% range, spending a significant percentage of the day both hyperglycemic and hypoglycemic. At the time, I didn’t truly grasp the implications of such careless management – I just wanted to eat pizza, sleep late, and be a normal adolescent! But in college, something clicked after taking several nutrition classes, having a bodybuilder as a roommate, and working at diaTribe. Since then, I’ve consistently had an A1c under 7% and have spent a much larger portion of my day in an ideal blood glucose range. Reflecting back, I immediately thought of four critical inflection points.  I recognize these may not be right for everyone, but I thought it might be useful to share them:

1. Eating low-carb and low-glycemic foods: This is very controversial in the diabetes community, but I personally became a huge, huge fan of following a low carb/low glycemic diet in college. Here’s why:

If every dose of insulin is like firing at a target, I have found that eating low carb is like using a bow and arrow instead of a cannon: it’s more precise, more tactical, and there’s less potential for damage. I recognize this approach is not for everyone. It takes some getting used to, and I’m the first to admit that it does come with some inconveniences (cost, prep time, finding options at restaurants, occasional challenges in group eating settings). But for me, the overall benefits of tighter control outweigh the drawbacks.

2. Exercising and staying very active: I was diagnosed at age 12. At the time, I took exercise for granted, as I was on several sports teams. But as I’ve gotten older and these organized activities have faded, staying active has required more effort and discipline.  Still, I cannot overemphasize what a complete gamechanger exercise has been (and still is) for my diabetes management. I do a mix of strength training (weights) and cardio (cycling); the combo keeps things interesting, gets me outside, and can be transported when I travel. I also wear a Fitbit activity tracker to ensure I get enough general movement every day (my goal is 10,000 steps), along with engaging with Insulindependence (an organization focused on diabetes and exercise) and Strava (my favorite app for tracking cycling and running). Just a few of the reasons exercise has proven critical for me:

3. Using continuous glucose monitoring (CGM): I didn’t truly grasp the impact of certain meals or the slow speed of insulin until I could see my glucose changing in real time with CGM. (The real-time component also ties in well with tip #1.) This one device has been a total and complete gamechanger for me, helping me cut off both highs and lows during the day and at night. In fact, I’m so used to the continuous data that I feel completely naked when I have to go without it, even for a just a few hours. I’ll acknowledge, of course, that wearing CGM is more expensive than just using fingersticks alone, and that I’m lucky to have access to insurance (I actually first tried CGM when I was a summer intern at diaTribe in 2010!), but the device has kept me out of the hospital many times in the past few years. Insulin, though life saving, is also one of the world’s most dangerous drugs, and CGM gives me a priceless security blanket.

4. Getting more educated: Benjamin Franklin’s often-cited quote, “An investment in knowledge pays the best interest,” has rung incredibly true for me with diabetes. I’ve had the privilege of thousands of hours of diabetes education here at diaTribe, and yet, I continue to learn brand new things every day. The volume of knowledge is truly vast, but I always get enormous value from small tips from experts and fellow patients. The education I received at diagnosis was a smidgeon of everything needed to optimally manage diabetes. Here are some resources I have found most useful – some are diabetes specific, while some are more general:

Eating low carb, exercising, using CGM, and getting more educated – those were the four biggest gamechangers for improving my diabetes management. Please write to me with yours! 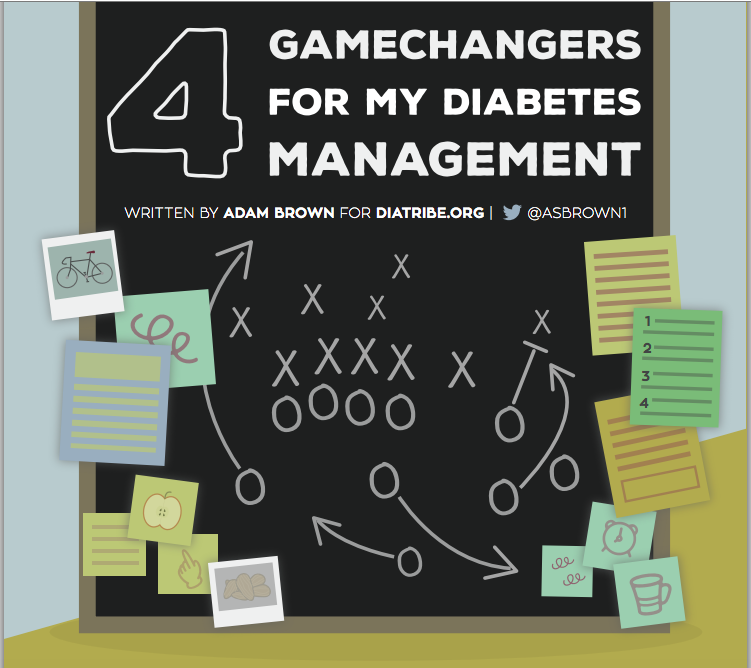