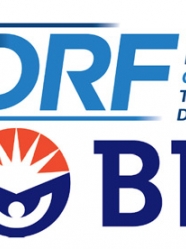 On June 18, Becton, Dickinson, and Company (BD) announced a new collaboration with JDRF to develop a combined insulin infusion and CGM device. It would eliminate the need for two separate catheters and potentially contribute to the development of an artificial pancreas by reducing the number of separate on-body devices. Since most CGM sensors last three days (Medtronic’s Sof-Sensor), six days (Medtronic’s Enlite), or seven days (Dexcom’s G4 Platinum), and infusion sets need to be changed every two or three days, it will be interesting to learn how BD will reconcile the difference. A CGM with a shorter wear time is one option, though historically, data has shown that CGMs tend to get more accurate the longer they are worn (until at some point, they cease to function accurately and must be changed). Perhaps the new device will involve microneedle technology, another project on which BD and JDRF have collaborated. This program involves needles that are 1-2 mm in length and deliver insulin to the topmost layer of the skin, speeding up insulin absorption quite significantly. However, updates have been sparse on the microneedle front, and the company has not released any specific details on the combined insulin infusion and CGM device.