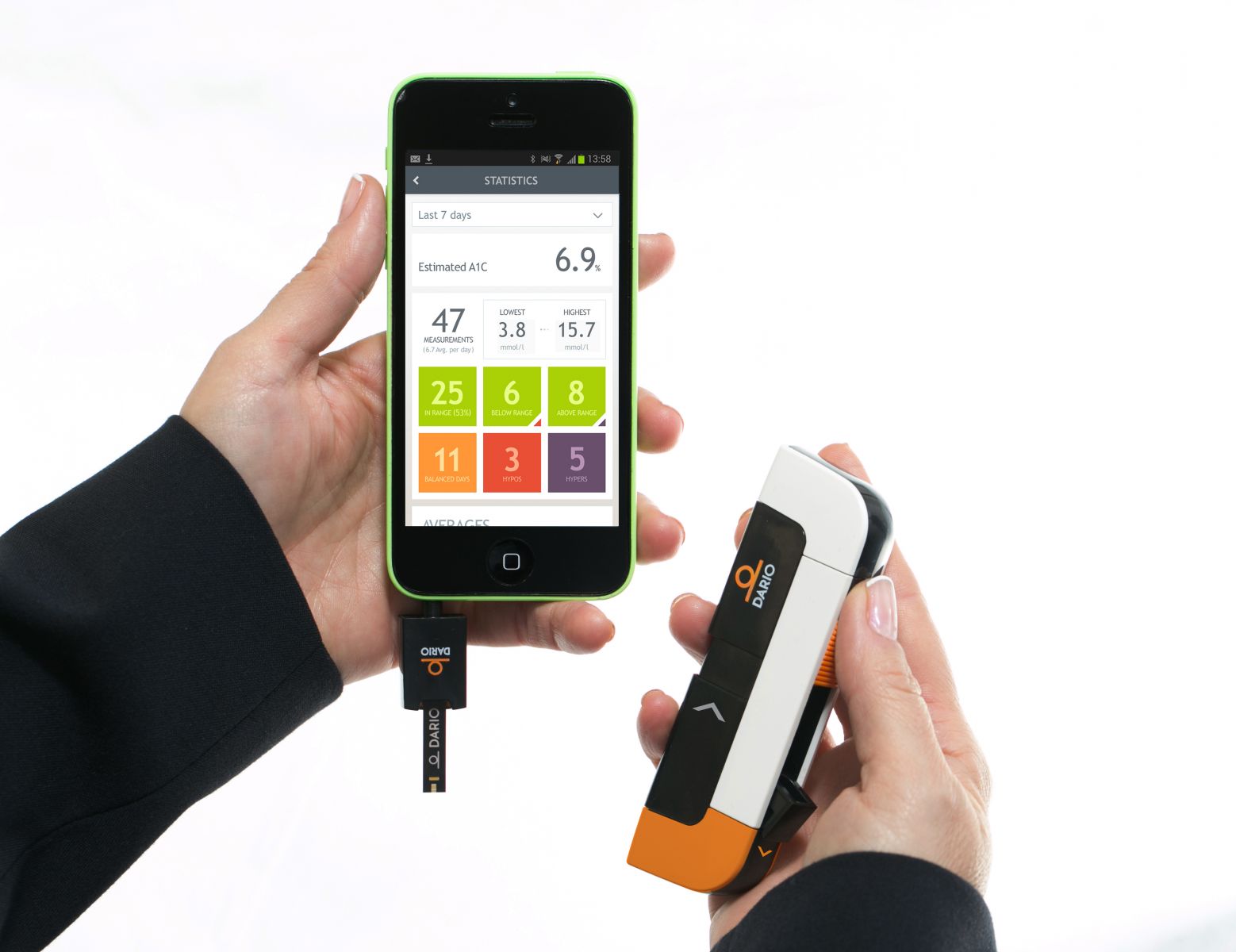 After two years at the FDA, LabStyle Innovations recently announced FDA clearance for its all-in-one smartphone blood glucose monitoring system and app, Dario. A US launch is expected in the “coming months,” though we don’t have greater specificity than that at this point. We assume insurance coverage will be limited to start.

The Dario system consists of a plastic unit that holds the small meter, an integrated lancing device, and an integrated strip cartridge. The whole unit is about four inches long, less then one inch wide, and under half an inch deep – small enough to fit in a pocket. It also does not require a separate charger or batteries. The meter plugs directly (no cords needed) into the headphone jack of an iPhone or Android phone and operates through the Dario mobile app (see a list of supported phones and operating systems here). The app includes a data log for blood glucose, food intake, data sharing tools, pattern recognition, and insulin recommendations. Learn more about the device and app here.

We appreciate LabStyle’s efforts to make blood glucose testing less burdensome with the Dario. The integrated approach (meter, strips, lancets, mobile app, and web portal all through one device plus smartphone) could certainly improve the user experience for some and hopefully benefit outcomes as well. Dario continues a history of all-in-one meter efforts, though it is probably the smallest and purest all-in-one system currently available. Several meters do exist with connectivity (often relying on Bluetooth), including Roche’s Accu-Chek Connect (which also includes a bolus calculator app), LifeScan’s OneTouch VerioSync, Livongo for Diabetes, Telcare, the iHealth meter, Sanofi’s iBGStar, and more. –AB/AJW