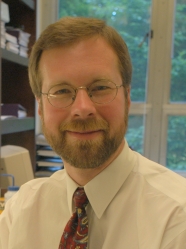 By Jessica Dong and Kelly Close

Dr. David Cummings, a highly respected researcher from the University of Washington, Seattle, talked to us about the evolving field of metabolic surgery for type 2 diabetes. Dr. Cummings is the Deputy Director of the UW Diabetes Endocrinology Research Center. He has spent the past 20 years specializing in gastrointestinal surgery, studying its effects on diabetes remission (please see the Metabolic Surgery Primer at the end of the article for specific definitions), and the mechanisms for how body weight, glucose, and appetite are controlled. In 2004, President George W. Bush presented him with the US Presidential Early Career Award for Scientists and Engineers – the highest award given to young researchers by the US government. We’ve been lucky to follow his work at multiple scientific meetings over the last several years. Dr. Cummings spoke with us on a range of topics in our interview including (i) rates of diabetes remission and relapse after gastric bypass surgery; (ii) what criteria will make someone have a more successful operations; (iii) what the risks are; (iv) safety of the various types of metabolic surgeries; and (v) what misperceptions exist about the surgery.

Kelly Close: Let’s start with the basics – your work and what you call it. What is the rationale behind the shift towards using the term “metabolic surgery” instead of “bariatric surgery”?

Dr. Cummings: I think there has been a shift in mindset about the reasons for seeking out surgery. We are now considering surgery an intervention to treat diabetes. Baros is a Latin term for weight, so bariatric surgery is weight-loss surgery. I am very much in favor of trying to re-brand this as metabolic surgery for some patients. It started in 2007 at the Diabetes Surgery Summit (DSS) that I helped organize in Rome, where experts in the field gathered to discuss the use and study of gastrointestinal surgery to treat diabetes as a main outcome rather than having weight-loss surgery with diabetes improvement as a secondary consequence.

Kelly: Some researchers call gastric bypass surgery the most reliable cure for type 2 diabetes. Could you talk about the rates of success?

Dr. Cummings: If you have type 2 diabetes and have gastric bypass, you enjoy complete remission in about 80% of cases. Remission means that, for at least a period of time, you’ll come off all your diabetes medications, including insulin, if you used to be on it, and have non-diabetic glucose levels (an A1c below 6.5%). I’m not promising that all 80% of people who remit will be completely normal, so a certain percentage of those will have A1cs between 6.0% and 6.5%. But it’s very well established that about 80% of patients will undergo remission as defined above.

Now, the question of how long diabetes stays in remission remains controversial. This is because of a paper that Dr. David Arterburn et al. published very recently in Obesity Surgery, where he found that about a third of patients who experience remission end up relapsing.

Jessica: Over what time period was that?

Dr. Cummings: Well that’s the key thing. The median length of relapse was eight and half years. Eight and a half years of not having diabetes at all. The press got a hold of the paper, and they spun it as saying lots of people with diabetes who have remission get diabetes again, implying that if your diabetes is only going to be temporarily remitted, you shouldn’t have surgery. It wasn’t worth it.

Kelly: But 8.5 years without diabetes is huge!

Dr. Cummings: Landmark trials like Diabetes Control and Complications Trial (DCCT)/Epidemiology of Diabetes Interventions and Complications (EDIC) and the United Kingdom Prospective Diabetes Study  (UKPDS) demonstrated that three or four years of merely having improved glycemic control reduced macro- and microvascular complications down the road. Imagine what 8.5 years of no diabetes at all could do. It’s got to be at least good or better. DCCT/EDIC is about people with type 1, but the results were very similar in UKPDS (which is about people with type 2 diabetes).

Kelly: Diabetes remission for 8.5 years seems meaningful, both to patients and healthcare systems. But for people with prediabetes, what are the odds for delaying or preventing diabetes onset?

Dr. Cummings: Almost everybody with prediabetes who has metabolic surgery will go from a prediabetic state to a normal glycemic state. As for prevention of diabetes, the best numbers are from Dr. Lena Carlsson’s 2012 New England Journal of Medicine paper on the Swedish Obese Subjects (SOS) trial: surgery reduced the probability of developing diabetes by 80% over 15 years. Now if they just looked at people who had impaired fasting glucose (IFG, or fasting glucose of 100 mg/dl to 125 mg/dl) before the surgery, then the preventative effect of surgery was more like 90% instead of 80%.

Criteria for Eligibility and Predictors of Success

Jessica: On that note, which diabetes patients have the most success with metabolic surgery? National guidelines tell healthcare providers to use BMI to select candidates, but we have heard that BMI is not the best predictor of success.

Dr. Cummings: BMI does not predict the probability that surgery will protect you from diabetes. According to the SOS Trial, which is probably the best dataset in the field, the factors that actually predicted the benefits of surgery were high fasting glucose levels and high fasting insulin levels. What is clear to me is that people who are more insulin-resistant benefit the most from surgery on many outcomes including the prevention of diabetes, heart attacks, strokes, and overall risk of dying.

I think that this perspective has enormous significance on populations of people who get diabetes at lower BMI levels, such as Asians and Asian Indians. If you are a person with a BMI of, say, 23 kg/m2, but you have poor body fat distribution and other factors that put you at risk for diabetes, and you’re showing signs of insulin resistance or the high fasting glucose and insulin, you should be able to have surgery. And the fact that your BMI is 23 kg/m2 shouldn’t be a stopping point.

Jessica: In order for us to have a better understanding of metabolic surgery, can you discuss the risks of having the surgery?

Dr. Cummings: The risks of surgery apart from standard risks with any surgery, such as the risks of anesthesia and so on, are leaks and pulmonary emboli (blockage of lung’s arteries), which are standard complications. Leaks can occur when the new junctions of the gastrointestinal tract are not connected well during surgery. I don’t know of a good way to predict whether that will happen in one patient versus another so it’s a low probability concern that applies to everyone.

But for pulmonary emboli, there are baseline characteristics that put a patient at greater risk for getting a blood clot. This is a very small number of the population, but anyone who has a history of hypercoagulability would be of special concern. People who have had pulmonary emboli or deep venous thrombosis, or any family history of hypercoagulability, such as Factor V Leiden, should have second thoughts about whether the surgery is for them.

Although I’m not an expert for young patients, I know that many of us are concerned that the operation could cause the malabsorption of micronutrients like vitamins. While children and adolescents are getting taller, epiphyseal plates, the cartilage at the ends of their bones, are open and allow for growth. Then at some point, the cartilage becomes bone, the plates close off, and they cannot grow any further. Most of us in the field think a conservative practice would be to wait until the epiphyseal plates have closed and linear growth has ended because the surgery might put patients at risk of a vitamin D deficiency. Excessive weight loss, gross malabsorption, under nutrition, and protein calorie malabsorption are not gastric bypass complications. However, the absorption of some specific vitamins and nutrients is impaired. Patients who have surgery will need to take post-operative iron and vitamin B12 supplements. They will also have an increased risk of vitamin D deficiency, but will need to determine if supplements are necessary with their HCP.

The Safety and Efficacy of Different Types of Metabolic Surgery

Jessica: Could you describe the different kinds of bariatric surgery and which would be best for a particular patient?

Dr. Cummings: As best that I can tell, there aren’t any highest-quality studies that can help form guidelines to help practitioners make the decision. This is an area we’re still figuring out as a field.

I can tell you that it’s very clear that the safest operation is the gastric band. So in order of increasing danger: the gastric band (i.e., the Lap Band), sleeve gastrectomy, gastric bypass, and biliopancreatic diversion – and that’s the same rank order for increasing effectiveness in terms of weight loss and remission of diabetes. Keep in mind, that the safety of gastric bypass is somewhere in the same range as having your gallbladder removed. None of those first three are dangerous at all in the grand scheme of things. If we were talking about biliopancreatic diversion, that’s a bigger deal, and it carries a significant risk, perhaps more than 1%, of death in operation. It also poses a significant risk of complications such as malnourishment, and excessive weight loss.

Sleeve gastrectomy has exploded onto the field in the last six years from nowhere. None of us who think a lot about mechanisms of action have any clear idea how it works. But my concern about the sleeve is that it’s very, very new. We just don’t have anywhere near the richness of data for its long-term efficacy and safety as we do with bypass. Gastric bypass has been around for 60 years. We’re pretty clear about how safe and effective it is for the long haul. We’re all very intrigued with sleeve gastrectomy. It does seem to work pretty well, but we don’t know why it works and we’re waiting for a longer-term data.

Jessica: What are some misperceptions about bariatric surgery you would like to dispel?

Dr. Cummings: One of the major misperceptions is that the surgery is more dangerous than it actually is. The probability of patients dying of their disease – diabetes, hypertension, cholesterol, or any other obesity-related complication – has repeatedly been shown to be higher than the probability of dying from surgery. According to a 2009 study in The New England Journal of Medicine, the rate of dying within 30 days of gastric bypass is 0.2% for a laparascopic gastric band (i.e., a Lap Band) it is virtually nothing. In comparison, the chance of dying within 30 days after gallbladder removal is 0.3% in the US. Yet almost no one would think of gallbladder removal as a dangerous procedure. The fear of bariatric surgery comes from attention bias – it’s the bad cases that get press and stick in your memory.

Diabetes remission definitions according to the American Diabetes Association

o   Hyperglycemia below the diagnostic thresholds for diabetes (A1c of less than 6.5%, fasting glucose 100-125 mg/dl)

o   Lasts for at least one year

o   Lasts for at least one year

·       Gastric band – places a silicone band around the upper portion of the stomach to create a smaller pouch. The gastrointestinal tract remains the same (i.e., there are no new connections).

·       Sleeve gastrectomy – reduces the stomach to about 25% of its original size by removing a portion of the stomach. The gastrointestinal tract remains the same.

·       Gastric bypass – creates a small pouch near the upper opening of the stomach (with staples) and then connects that smaller pouch to a section of the small intestine. The new connection bypasses the remaining stomach pouch below, though both pouches are still connected to the small intestine.