Medicaid and CGM: Who's Covered? 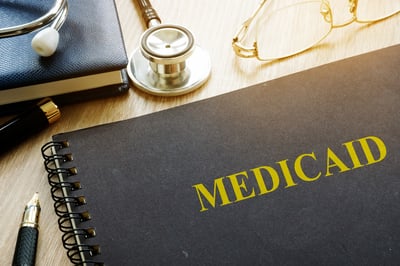 In California, a staggering 25% of the population is covered under Medi-Cal (California’s Medicaid program) and the Children’s Health Insurance Program (CHIP), which are programs for low-income Americans supported by federal and state governments. We estimate that at least half of these beneficiaries have diabetes, prediabetes, or undiagnosed diabetes. For these individuals, coverage of diabetes drugs and technology dramatically increases their chances of living a life free of complications. Despite this, however, continuous glucose monitors (CGM) are not covered by Medi-Cal. Moreover, while CGMs are covered under California Children’s Services (CCS), a state program for children with certain diseases or health problems, this is limited only to children with multiple co-morbidities and children who are disabled.

Despite this dangerous lack of coverage for many adults and children on Medicaid, California is not even the worst off. In fifteen other states, Medicaid recipients with diabetes do not have any form of CGM coverage. CGMs are vital in providing regular blood glucose readings to track time spent in range, identifying patterns in behaviors and blood glucose, and anticipating hypo and hyperglycemia. It nearly eliminates the need for finger sticks and has been shown to be superior to self-monitoring of blood glucose in lowering A1C, reducing hypoglycemia, and increasing time in range in both people with type 1 diabetes and people with type 2 diabetes using insulin. In turn, these improved glycemic outcomes and increased time-in-range lead to fewer hospitalizations and long-term complications, thus generating substantial savings for the healthcare system.

CGM is already covered by most private insurance and recently became covered under Part B of Medicare, a federal health insurance program that covers those who are 65 or older or who are disabled. The importance of providing CGM to those who will benefit from it is clearly understood, as acknowledged by Medicare’s choice to provide coverage. It seems clear that these benefits should be made available to low-income individuals on Medicaid, and many in the advocacy community are working to ensure progress is made on this front.

Who is covered by Medicaid?

Whereas Medicare is a federal program that is the same everywhere in the country, Medicaid varies from state to state. Medicaid provides coverage mainly to low-income adults, children, pregnant women, and some parents. In states that have expanded Medicaid under the Affordable Care Act (ACA), people can qualify for Medicaid if their income level is below 133% of the federal poverty level. In states without expansion, many people below the poverty line neither qualify for Medicaid nor are able to afford a subsidized private health plan through the Health Insurance Marketplace.

To find out if you qualify for Medicaid in your state, click here.

It depends. Even if CGM is covered under your state’s policy, each state has its own criteria for which individuals qualify to receive it. For example, some states only cover CGM for type 1 diabetes, and other states have differing policies for short-term and long-term CGM use. To find out more about your specific state’s policy, check out our map below:

This map is the general landscape of Medicaid coverage for CGM. The fifteen states shown in red offer no coverage of CGM for Medicaid recipients, while the rest of the states offer some degree of coverage, as shown in the legend.

Almost all of these states require at least a diagnosis of diabetes, regular visits with an endocrinologist or other healthcare provider, and self-monitoring of blood glucose at least three times per day. If your state’s Medicaid program covers CGM, please refer to the tables in the links below to understand the unique details of your coverage:

Keep in mind that the information covered here constitutes what is publicly available and is not necessarily comprehensive. To get a definitive answer about whether you are covered, please consult your healthcare provider or your insurance plan benefits document.

Which states have the best, most inclusive Medicaid coverage of CGM?

State policies that cover CGM through a pharmacy benefit, as opposed to a medical benefit, generally make it easier for people to obtain CGM. Currently, seven states provide CGM through a pharmacy benefit: Illinois, Maine, Ohio, New York, North Carolina, West Virginia, and Wyoming. Of these states, Illinois, Ohio, and West Virginia are the only three that also cover CGM for people with both type 1 and type 2 diabetes, making their policies the most effective and far-reaching of the fifty states.

Getting a CGM through a pharmacy benefit is typically faster, more convenient, and less expensive for the patient. While both pharmacy and medical benefits require a doctor’s prescription, medical benefits usually require a great deal more paperwork and documentation for the physician. Not only does this create excessive hassle for the doctor, but it also results in additional administrative processing and delays in receiving a CGM for the patient. Thus, while getting a CGM via a pharmacy benefit usually takes a matter of hours or days, it can take up to several weeks to receive one through a medical benefit.

What do states that cover CGM under Medicaid have in common?

Diabetes prevalence: While it might be expected that states with the highest diabetes prevalence would also have the greatest investment in diabetes tools, this does not seem to be the case. Among the sixteen states with at least twelve percent of adults with diabetes, only four states (NM, IN, OH, and WV) cover CGM under Medicaid for people with both type 1 and type 2 diabetes.

Medicaid spending: With the exception of IL and MA, states with the highest Medicaid spending (above $15 billion in total) typically do not cover CGM for people with both type 1 and type 2 diabetes. We speculate that this is because coverage for all people with diabetes requires purchasing all of the CGMs, and states may be wary of this high initial cost. However, this approach is not actually cost-effective because the cost of diabetes supplies, such as CGMs, account for only 1.1% of the total cost of diabetes, while the costs of treating complications and lost productivity – both expenses that would be reduced with widespread CGM use – account for 73.1% of total diabetes costs. Thus, CGMs should not be the focus of cost-cutting efforts.