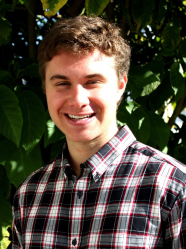 In 2009, JDRF’s Dr. Aaron Kowalski wrote a landmark paper in the Journal of Diabetes Science and Technology that laid out a roadmap to bring an artificial pancreas to market. He set out six steps needed to close the loop, starting with low glucose suspend and ultimately progressing to a fully automated artificial pancreas that uses insulin and other hormones. The first step on this roadmap was in 2009 with the launch of the Medtronic Veo system with low glucose suspend in over 50 countries around the world. The US version, the MiniMed 530G system with Enlite, was launched in the US in October 2013. While the MiniMed 530G is not an “artificial pancreas” as most think of the term, it is an important first step on the road to automating insulin delivery – that’s because this is the first device that makes a decision, any decision, about insulin delivery without the user’s involvement.

The Medtronic MiniMed 530G system pairs a MiniMed insulin pump with the Enlite CGM. A user selects a specific “threshold” glucose value (between 60 and 90 mg/dl in the US) in the pump’s settings menu, and when the CGM hits that threshold, the pump will automatically suspend insulin delivery for up to two hours. At any time within the two-hour period, the patient can resume insulin delivery. This article reviews my experience wearing the MiniMed 530G/Enlite CGM system over a three-week period (alongside wearing the Dexcom G4 Platinum CGM for comparison purposes). My thoughts are broken down into five sections:

Threshold Suspend – Does it Work?

Without a doubt, the biggest value of the MiniMed 530G’s “threshold suspend” feature (also known as “low glucose suspend”) comes at night. The rationale for the product is as follows: imagine you are sleeping and not waking up to a low alarm from your CGM. Without the threshold suspend feature, the pump would just keep delivering basal insulin (despite the low CGM reading) – in that case, the danger is staying low for several hours, not waking up to correct the low, and having an increased risk for a severe hypoglycemic episode (in children, 75% of hypoglycemic seizures occur at night). With threshold suspend turned on, the MiniMed 530G would suspend insulin delivery for two hours, aiming to reduce the overall time spent in hypoglycemia.

One night, just before 4 am, the Enlite CGM value dropped below my threshold suspend value (set at 60 mg/dl). The pump worked exactly as advertised, suspending insulin delivery for two hours. Though the threshold suspend siren alarm is INCREDIBLY LOUD, I didn’t wake up on that particular night. On the CGM trace, my blood glucose rose slowly over time, peaking around four hours later at 143 mg/dl. This parallels what Medtronic has found in studies – on average, blood glucose increases by about 20 mg/dl per hour in the four hours following the moment when the two-hour suspend begins (i.e., +80 mg/dl in total).

One point I want to make absolutely clear – suspending insulin delivery is NOT the best way to correct hypoglycemia, a fact the MiniMed 530G user manual readily acknowledges. The reason insulin suspension is suboptimal is because of the slow absorption speed of insulin delivered under the skin – changes in insulin delivery right now won’t do anything to blood glucose for at least 30 minutes, and the peak changes don’t usually occur for 60-90 minutes. When low, you are always better off eating some fast-acting carbohydrates. I find that a single glucose tablet (4 grams of carbs) raises my blood glucose ~20 mg/dl within 15 minutes (see a dedicated article on this topic).

Is it an improvement over the Medtronic previous generation Sof-Sensor?

Having worn the previous generation Medtronic Sof-Sensor CGM, I was pleasantly surprised with many of the Enlite sensor’s improvements:

How does Enlite compare to the Dexcom G4 Platinum?

As a CGM user, the most important feature to me is accuracy – is the sensor glucose value and trend information accurately reflecting what my blood glucose is doing? CGM accuracy is measured in terms of mean absolute relative difference, or MARD. A lower MARD is better; an MARD of 12% means that if your glucose is 100 mg/dl all the time, the average error of the CGM over repeated measurements will be 12 mg/dl. The label of the Enlite CGM quotes an MARD of 13.6% (3-4 calibrations per day) and 14.7% (two calibrations per day). By comparison, the label of the Dexcom G4 Platinum quotes a slightly better MARD of 13.2% (two calibrations per day). Academic investigators have conducted trials testing the two sensors in a head-to-head fashion, and those results are summarized below*. Both studies found that the Enlite is a bit less accurate than the Dexcom G4 Platinum, though the Enlite is a big improvement over the previous generation Medtronic Sof-Sensor (MARD: 19.7%).

*Note that comparisons between studies are difficult, since methods differ greatly. The studies from the manufacturer's labels are from large scale, pivotal trials that have been conducted and submitted to the FDA. These studies are more comprehensive and have many more data points than the two smaller studies listed below. Accuracy results can differ dramatically based on small study sizes, and how the sensors were taped, initialized, and calibrated.

I also wore both sensors simultaneously to get a sense of device features beyond accuracy. See the table below for how I thought the Dexcom G4 Platinum and Medtronic Enlite competed on other product variables. I gave Dexcom the edge on five dimensions (reliability, alarms, transmission range, receiver screen, on-body comfort/durability), Medtronic the edge on three dimensions (calibration process, integration, downloads/reports), and thought the two systems tied on two dimensions (battery and insertion process). You can read our test drive of the Dexcom G4 Platinum here.

Who should consider the MiniMed 530G with Enlite?

Every patient with diabetes is unique, meaning a device that works for one patient may not work for another. To me, the MiniMed 530G is all about giving patients more choices and opportunities to individualize their own therapy. I would most strongly recommend this pump to anyone who has lots of severe and nocturnal hypoglycemia, or is particularly concerned about the risk. And though it is not yet approved in patients younger than 16 years old, the MiniMed 530G could also be a good option for very young patients who cannot treat or even voice their own hypoglycemia. Healthcare providers can technically write pediatric “off-label” prescriptions for the MiniMed 530G, though Medtronic cannot outwardly market this. Medtronic is currently undertaking a study to get formal approval in pediatrics.

If you don’t fall into one of those groups, the MiniMed 530G may still be a good option, though it depends on your priorities. For instance, if you are a pumper that wants/uses CGM but is not interested in carrying a separate receiver, your only short-term option is the MiniMed 530G with Enlite. (The Animas Vibe pump with Dexcom G4 integration is currently under FDA review, though it likely won’t launch until later this year at the earliest. Tandem is also working on integrating Dexcom CGM into the t:slim, but it has not been submitted to the FDA yet.) There are lots of other factors to consider when choosing a pump, including tubing/tubeless, waterproof, screen/user interface, and so much more. For more, see Gary Scheiner’s article, “The Insulin Pump Pick Six.”

Getting on the MiniMed 530G

To inquire about the MiniMed 530G with Enlite, contact Medtronic Diabetes. Note that the MiniMed 530G was approved and is sold as a system, meaning you get the Paradigm insulin pump, Enlite CGM, and Bayer Contour Next Link meter all at once. Medtronic has upgrade program details posted here for current customers. As we understand it, current Medtronic pump/CGM users that don’t want to upgrade can still get the new Enlite sensor, but an off-label prescription for the Enlite is required from healthcare providers.

I think it’s important to say that the MiniMed 530G is not an “artificial pancreas,” but it is an important first step on the road to one. The system is by no means perfect, though I would certainly call it a landmark product, especially for the FDA. I look forward to much more automated insulin delivery devices in the coming months and years. By July 30, Medtronic is planning an international launch of its next-gen MiniMed 640G predictive low glucose management pump (no US timeline as of yet). This is an exciting product for patients, as the system has shown much stronger efficacy than the 530G in terms of preventing hypoglycemia (e.g., in the PILGRIM in-clinic study, the MiniMed 640G prevented hypoglycemia an impressive 80% of the time). Meanwhile, more ambitious closed-loop trials are continuing around the world, like the University of Virginia and Bionic Pancreas trials (Beacon Hill and Summer Camp) we’ve written about in previous issues. Several research groups around the world (Cambridge, DREAM, UVA) are even moving trials into patients’ homes for as long as three months! We’ll be sure to bring you all the latest updates.