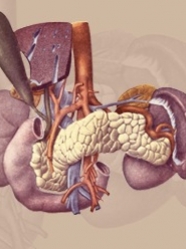 The consensus from most speakers at the workshop was that, while this possible link does require further investigation, the available evidence does not suggest any need for current or prospective users to stop taking GLP-1 agonists or DPP-4 medications.

On June 13, the National Institutes of Diabetes and Digestive and Kidney Diseases (NIDDK) and the National Cancer Institute (NCI) concluded a two-day workshop on diabetes, pancreatitis, and pancreatic cancer. The workshop was prompted by studies suggesting a possible link between the use of incretin therapies, which includes GLP-1 agonists or DPP-4 inhibitors, and an increased risk of pancreatitis and pancreatic cancer. GLP-1 agonists include Amylin’s Byetta and Bydureon and Novo Nordisk’s Victoza, while available DPP-4 inhibitors include Bristol-Myers Squibb and AstraZeneca's Onglyza, Merck’s Januvia, Takeda's Nesina, and Boehringer Ingelheim and Eli Lilly’s Tradjenta. The consensus from most speakers at the workshop was that, while this possible link does require further investigation, the available evidence does not suggest any need for current or prospective users to stop taking GLP-1 agonist or DPP-4 inhibitor medications. Indeed, an increased risk of pancreatitis or pancreatic cancer has been a known possible side effect since the early development of these drug classes, and the FDA label already cautions people at risk for these diseases against using these drugs. This workshop does not represent a major change in experts’ thinking about either GLP-1 agonists or DPP-4 inhibitors, some sensationalist reactions in the popular press notwithstanding.

Recent studies appear to call the safety of these drugs into question, although it is important to understand where this new data is coming from. The Institute for Safe Medication Practices (ISMP) used the FDA’s adverse events (i.e. harmful side effects) database to track reports of pancreatitis and pancreatic cancer and found that they were significantly higher among uses of GLP-1 agonist medications. However, the adverse events database is generally considered useful only to suggest the possibility of risk, not to confirm it. (One reason is that the database relies on voluntary submissions from healthcare providers whose individual standards for reporting may vary.)

At the workshop, Dr. Solomon Iyasu, the FDA’s Director of Pharmacovigilance and Epidemiology, said that the agency has reviewed individual cases of people with pancreatic cancer, and they have not shown “any unique cancer signal or potential risk factor that stands out.” As for pancreatitis, the FDA required drug companies to analyze the potential for risk using insurance claims databases. Dr. Iyasu explained that this sort of observational study is imperfect by nature, but most of the published studies so far have not indicated an increased risk of pancreatitis.

This meeting is unlikely lead to regulatory changes in the near term, in part because several large studies are already looking at incretin safety. These various safety trials and epidemiological studies will likely begin reporting data in a few years, although it will take much time for the data to be fully analyzed and understood.

In the meantime, the NIH workshop offers a good guide to the current thinking: GLP-1 agonists and DPP-4 inhibitors are certainly effective glucose-lowering drugs, and patients and their healthcare providers must weigh the benefits and risks of these drugs against those of other therapies in order to select the right treatments.–AW