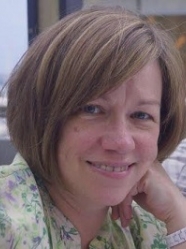 Since 2002, Ms. Rebecca Killion has been a patient representative on the Endocrinologic and Metabolic Drugs Advisory Committee of the FDA, the committee responsible for diabetes drugs. Rebecca was diagnosed with type 2 diabetes in 1997 while training to run the Marine Corps Marathon. She then became insulin-requiring after a near-fatal incident of diabetic ketoacidosis (very high blood sugar) in 2001. Rebecca was one of two members of the 16-member committee to vote against the panel’s recent recommendation to the FDA to institute an additional cardiovascular outcome requirement for all new diabetes drugs. We believe this additional requirement will slow innovation in diabetes treatment. A copy of the new requirements can be found here - Rebecca is a co-sponsor on this petition. In an interview with diaTribe, she discussed the rationale behind her vote.

diaTribe: Thank you so much for taking our call! We just wanted to have a discussion with you about your role on the panel and your thoughts from a patient’s perspective. We feel at times the FDA does not pay adequate attention to questions related to patient behavior, and adherence to medications. How easy is it to take diabetes medication, would you say?

Rebecca: As I said at the FDA meeting to discuss cardiovascular safety with diabetes medications, “If it was easy to maintain proper glycemic control, then everyone would have proper glycemic control.” However, it is not easy. Something that was said multiple times at the meeting that really concerned me was “We already have ten classes of drugs.” However, the experience of many diabetics, including myself, is that some of the drugs will work, some of the drugs will not work, some of the drugs will cause intolerable side effects, and some of the drugs are only effective for a short time and then lose their efficacy. You can run through ten classes of drugs pretty quickly. You have to think about the drugs; you have to give the patient information; and you have to understand what the risks are. Then it is up to the doctor and the patient together to determine what is best. Everybody has to decide about his own care because the burden of care for diabetes rests on the diabetic every day.

diaTribe: The advisory panel recently voted to recommend more strict cardiovascular guidelines for diabetes drugs—can you tell us more about the vote?

Rebecca: Usually, in every other committee that I have been on, the vote has been a polling of the members going around the table. This time there were buttons on the microphone for yes, or no, or abstain. After the vote, a chart with all the results came up on the screen. When I saw that the vote was 14 to 2, and I was one of the two no votes, my stomach dropped to the floor! I could not believe that the vote was so lopsided. I could not believe that the majority was agreeing to or promoting something so burdensome.

diaTribe: Likewise. Why do you think they did that?

Rebecca: Dr. Nissen, the doctor who proposed the change, is very trendy right now. He has really tapped into a Zeitgeist about fear, litigation, exposure, and risk adverseness. He said, “I think that diabetes treatment is glucocentric (focused too much on controlling blood sugar).” Nissen sees himself as a great advocate for his cardiac patients, and he is, and God bless him for that. But Nissen is a cardiologist, he is not an endocrinologist or a diabetologist, and he does not understand diabetes to the extent of his passion. In terms of diabetic drugs, we are not treating heart disease, we are treating diabetes. You know, once I had a lay person say to me, “Well, nobody dies from diabetes!” We must do a better job of educating the public. Diabetes is an illness that can turn on a dime if you are not careful.

diaTribe: How did you feel about the debate?

Rebecca: It was depressing because I did not think that we were advancing diabetes care by having this kind of debate. I also feel sorry for the FDA because it is between a rock and a hard place at this point. I was thinking back to the AIDS epidemic when the FDA was being lambasted for not bringing drugs to market quickly enough to save lives. Now, the FDA is being accused of swinging the pendulum too far the other way and loading up the market with dangerous drugs. The FDA has a difficult task of proceeding with relative caution and still giving people choices in their treatment.

diaTribe: From your perspective, how likely do you think the FDA is to implement a modified version of Dr. Nissen’s proposal?

Rebecca: It is hard for me to predict what the FDA will do. I think it is very likely that they will adopt some kind of modified proposal. It will not be Nissen’s approach entirely, but I think that the FDA is likely to institute some kind of pre- and/or post-approval cardiovascular safety trials. I believe we will come to some compromise on it because if they try to enact Nissen’s proposal without some more reasonable approaches, it will be detrimental for diabetic patients. How it plays out and how feasible it is, I think we’ll find out. It will be something that evolves over time, and I believe it will end up being a question that is reevaluated. As I said, my two concerns are that this decision is going to have a negative impact on drug development and that it also will delay new drugs coming to market.

diaTribe: When do you think the FDA will come back on this issue?

Rebecca: They already have. They have put this out as guidance, and without asking for commentary from the public, which is very unusual.

diaTribe: This was surprising and disappointing to us. One thing that surprised us was the absence of the American Diabetes Association on the panel. Were you surprised that the ADA was not present?

Rebecca: I was actually very surprised—almost every other panel I’ve been on, there have been multiple speakers, and this meeting only had three. The meeting description was very vague, and the purpose for the meeting was kind of unclear. I reviewed all the background materials, and I have to say that when I arrived I still wasn’t sure what the meeting was about.

diaTribe: I think it’s too bad that we didn’t think to publicize it more. Next time we will, and we will make sure our readers know about it.

Rebecca: This is where I think the patient community is so vital. You cannot abdicate your responsibility as a patient and, one would think, with the number of people with diabetes in this country, that they could be a very forceful voice. Diabetics should be encouraged to contact the FDA about their experiences with medications, both good and bad, so that the FDA can make more informed and realistic decisions. The FDA includes patient representatives, like me, to obtain a patient perspective when considering drug approval. This perspective is too important to confine to advisory committee meetings only. Diabetics need to be advocates too and should not hesitate to contact the FDA, Congress, pharmaceutical companies, and other decision-makers to highlight the issues that matter to diabetics everywhere.

diaTribe: This is so valuable to hear. Rebecca, thank you again for your time. We really enjoyed gaining your perspective on the FDA advisory meeting, and we salute you for all you do in the name of diabetes and patients.