Musings Under the Moon: Discussions on Digital Health

You are invited to "Musings Under the Moonlight - Discussions on Digital Health," hosted by The diaTribe Foundation! 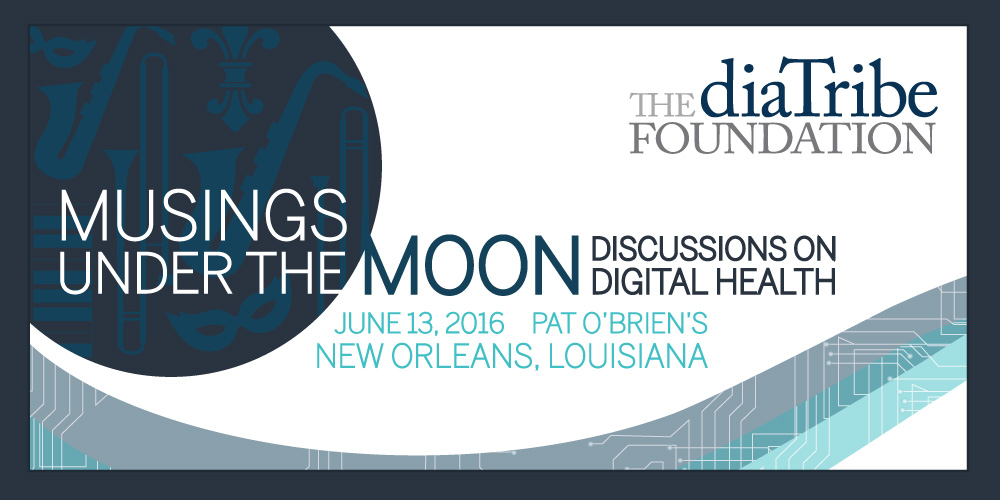 Where is digital diabetes care going? What will it look like in 2020?

Organizations of all kinds are striving to break out of their silos to address diabetes and obesity in more meaningful, scalable, and personalized ways. The promise of digital health and diabetes technology is delivering better outcomes at lower costs in a far better user experience. But there are many challenges to overcome: Can patients afford these whiz-bang devices? Will they end up in drawers or will patients actually use them? How do traditional business models need to change to bring these products to market? Do providers even have time to prescribe them? ADA 2016 gives The diaTribe Foundation the backdrop to bring together the best and brightest and most innovative CEOs and top leaders to share their insights and ideas, including:

(See below for full panelist bios)

Overlooking the most commanding and breathtaking views of the French Quarter and the majestic Mississippi River, guests will enjoy a cocktail reception under the moonlight. A conversation with leaders moderated by Adam Brown, Close Concerns’ technology and digital health head, and Kelly Close, the diaTribe Foundation founder, will take place with leaders participating in a lightning round discussion, answering several key questions.

Following the panel discussion, the audience will have the opportunity to follow-up with panelists to advance the discussion and exchange ideas and reactions while networking.

We hope you will join us! Space is limited; RSVP here!

If you have any questions, please contact [email protected].

Kevin Sayer is President and Chief Executive Officer of Dexcom and a member of its board of directors. He joined Dexcom as President and Chief Operating Officer in 2011. In this executive role, Kevin was responsible for research and development, manufacturing, clinical, regulatory, finance, sales and marketing functions. During his tenure with Dexcom, he has been instrumental in leading the development of new technology, including the Dexcom G5 Mobile CGM System, the Dexcom G4 PLATINUM System with Share and several other product launches in the US and Europe. Prior to joining Dexcom, Kevin served as Chief Financial Officer of Biosensors International, a medical technology company focused on the development, manufacturing and commercialization of medical devices used in interventional cardiology and critical care procedures. Kevin also served as CFO of MiniMed, Inc. from 1994 until its acquisition by Medtronic, Inc. in 2001. Kevin received his master's and bachelor’s degrees in Accounting and Information Systems from Brigham Young University.

Jeffrey Brewer has founded two successful technology start-ups – CitySearch and Overture / GoTo.com – both of which later became publicly traded companies and where he served as CEO and raised over $90M in private investment and over $350M in an IPO and follow-on equity offerings. For the past thirteen years, since his son’s Type 1 Diabetes diagnosis at age seven, Jeffrey has been a thought leader and influencer across the T1D community. As a volunteer, donor, and International Board Member for JDRF, he launched the JDRF Artificial Pancreas Project in 2005, and later served as CEO of JDRF. In the role of CEO, Jeffrey forged financial partnerships with industry to drive research and development of insulin delivery and glucose monitoring technologies. He further spearheaded US regulatory reform in the area of automated insulin delivery, and elevated the organization’s strategic priorities to include health care policy, reimbursement, and access to technology for people with T1D. In 2014, Jeffrey co-founded Bigfoot Biomedical with fellow fathers of children with T1D and medical technology innovators Bryan Mazlish (a quantitative trader who built an artificial pancreas system for his wife and son), Lane Desborough (a former chief engineer of Medtronic), and Jon Brilliant (a former CFO of WellDoc, the first FDA-approved mobile prescription therapy) to design and commercialize a truly comprehensive solution for insulin-dependent diabetes that includes automated insulin delivery and a complete service of supply management in a subscription business model that will improve health outcomes, reduce costs, and ease the burden of insulin-dependent diabetes.

Dr. Rhee serves as Chief Health Officer of IBM, where he has global responsibilities for Watson Health and assuring a Culture of Health at IBM. Prior to joining IBM, Kyu was Chief Public Health Officer at the Health Resources and Services Administration (HRSA). He also served as the director of the Office of Innovation and Program Coordination at the National Institutes of Health, where he led numerous initiatives related to health disparities, innovation, and partnerships. He was also chief medical officer of Baltimore Medical System, Inc., and served five years as a National Health Service Corps scholar and medical director at Upper Cardozo Health Center, the largest community health center in Washington, D.C. Dr. Rhee received his medical degree from the University of Southern California. He also holds a master’s degree in public policy from the John F. Kennedy School of Government, Harvard University, with a concentration in health care policy.

Hooman Hakami was named Executive Vice President and Group President of Medtronic Diabetes in June of 2014 and currently serves as a member of the Company’s Executive Committee. Hooman provides overall strategic direction and operational management of the Group’s three global business units. Hooman came to Medtronic after more than 20 years at General Electric. He was President and CEO of Detection & Guidance Solutions at GE Healthcare from April 2012 until May 2014. In that role he led that company’s business specializing in x-ray based technology solutions. Previously he served as President and CEO of the Interventional Systems business based in France, and the Global Clinical Systems Services for GE Healthcare. Hooman received his Bachelor in Business Administration degree in operations management from the University of Massachusetts, where he graduated cum laude in 1991. Away from work he enjoys travel, sports, and spending time with his family.

Jakob Riis joined Novo Nordisk in 1996, working as a health economist. From 2001 through 2005 Mr Riis worked first in the US sales force and then as head of marketing in Japan. In 2005 he was appointed head of International Marketing, and in January 2013 member of Executive Management. In April 2015 he assumed additional responsibility for the two sales regions China and Pacific. Mr. Riis is chairman of the board of Copenhagen Institute of Interaction Design and a member of the board and chair of the audit committee of ALK-Abelló A/S, both in Denmark.   Mr. Riis has an MSc (Forestry) from Faculty of Science of the University of Copenhagen, where he also obtained a PhD in 1998 (Econometrics).
Dr. James Mault, Vice President and Chief Medical Officer, Qualcomm Life

James R. Mault, M.D., F.A.C.S., is the Vice President and Chief Medical Officer of Qualcomm Life as a result of their April 2013 acquisition of HealthyCircles, a Care Coordination and Remote Patient Monitoring Software Platform Company founded and led by Dr. Mault since 2009. Prior to starting HealthyCircles, Dr. Mault was the Director of New Products and Business Development for the Health Solutions Group at Microsoft. Dr. Mault has more than 30 years of experience in senior executive positions in the Health IT and Medical Device industry as well as clinical medicine. Dr. Mault has founded five Health IT and medical device companies, leading these companies to develop novel devices and software technologies, FDA approvals, and strategic partnerships with numerous Fortune 500 companies. He is the named inventor of over 80 issued and pending US Patents for a variety of novel health information and medical device innovations. He has been board-certified in both General Surgery and Cardiothoracic Surgery, having specialized in heart and lung transplantation, thoracic oncology and critical care. He has conducted academic medical research under numerous grant awards from the National Institutes of Health, American Cancer Society, and others. He is the author of more than 60 scientific articles, chapters and books in the published medical literature. Dr. Mault holds a bachelor’s degree in Biology and a Medical Degree from the University of Michigan, and conducted his General Surgery and Cardiothoracic Surgery residency training at Duke University Medical Center.

Thank you to our generous sponsors, Novo Nordisk and Qualcomm Life, for making this event possible: 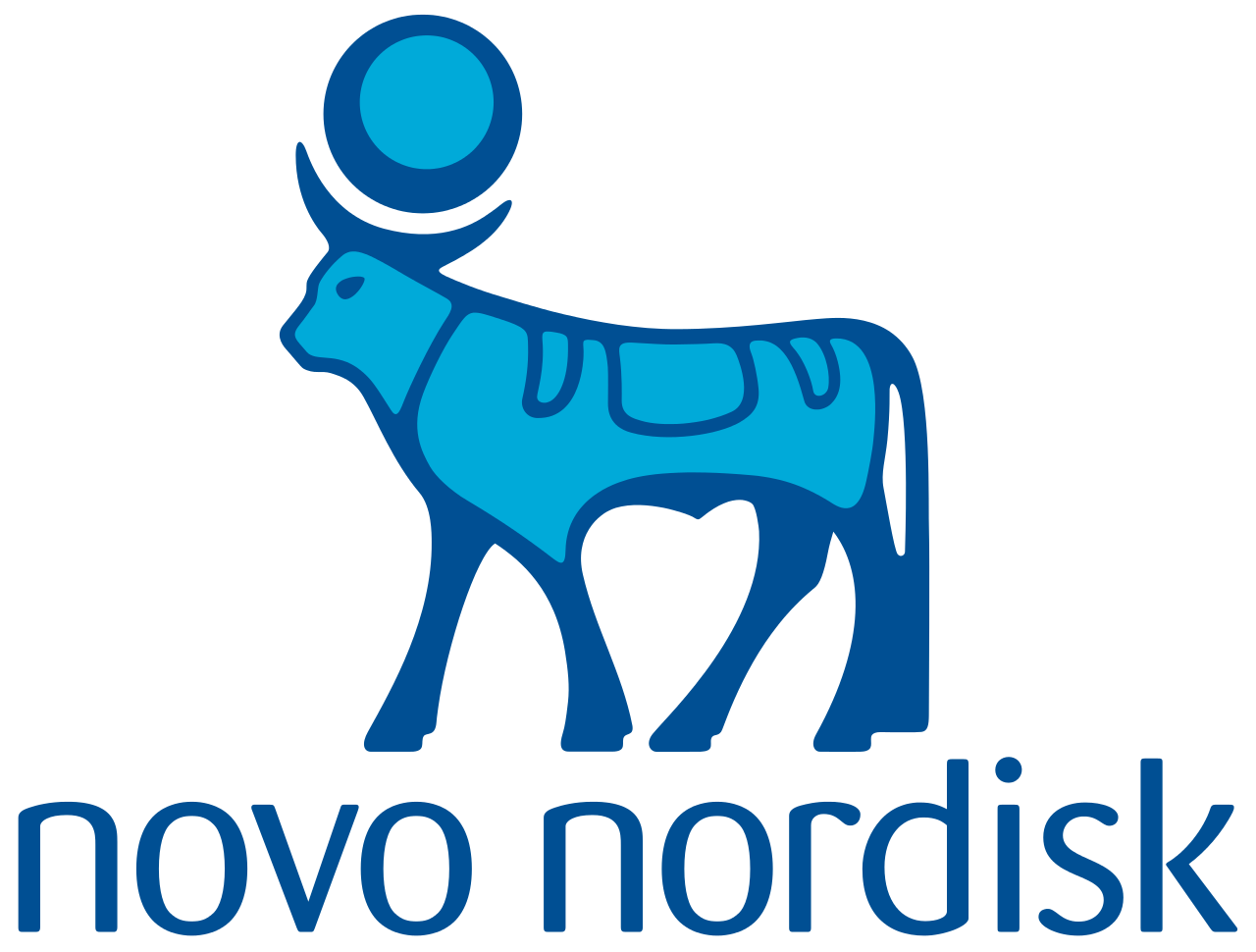