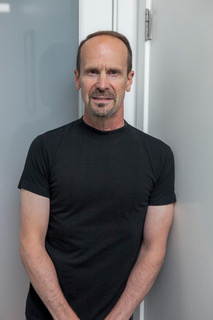 Fighting to make lives better for people with diabetes began with his own. Jim Carroll shares his path from being diagnosed with prediabetes to becoming the CEO of diaTribe.

“But I’m 5’10” and I only weigh 145 pounds,” was my first thought. Well, maybe, “And I have a 30-inch waist!” might have been up there, too, but I wouldn’t want you to know how vain my inside voice is sometimes. That was my entrance into the world of diabetes, and it kick-started my mission to eliminate diabetes stigma.

After my doctor told me that he was 1) prescribing me metformin because my fasting blood glucose was over 100 mg/dl for the third year in a row, and 2) that I was well on my way to type 2 diabetes, I’m not sure I heard another thing he said. He’s been my physician for 20 of my 60 years, so I’m certain he said helpful and comforting things, but I cannot recall a word he said after “DIABETES.”  It was as close to the sound of the teacher’s “wah-wah” voice on Charlie Brown specials as is possible in a real-life situation.

I did hear a little more from the helpful pharmacist about the side effects of this new, mysterious drug that I would now take daily. Actually, the pharmacist has become sort of a friend because of how kind he was to me that day – it was the first time in my life that I had said more than my last name and my date of birth to a pharmacist when picking up a prescription. But he has been a great source of information these past two years.

Anyway, when I got home, I started my Google searches about metformin, prediabetes, type 2, type 1, diet, how long did I have to live, was insulin in my future… as you can tell, I was overwhelmed and may have been a bit dramatic that day.

As I’ve said many times, Google apparently knows all because it wasn’t long before I noticed that in the side bar of the search pages was a diabetes nonprofit just eight blocks from my home in San Francisco, called The diaTribe Foundation.

Not too long after, I was sitting in the booth of a local café speaking with none other than diaTribe’s amazing founder, Kelly Close, and her board co-chair, Jeff Halpern, about possibly coming to work at The diaTribe Foundation. It took a while, but eventually a job opened up and I became the new Chief Operating Officer and soon after that the Chief Financial Officer. I have previously worked in other nonprofit organizations, including The Breast Cancer Fund, PFLAG, Equality California, and Common Sense Media – usually in a development or finance role, as well as serving on many nonprofit boards of directors, so I took to my new job like a duck to water.

The opportunity to interact with insightful and talented people and to participate in exciting discussions about creating a better world for people with diabetes is deeply fulfilling. But working to shape the diabetes ecosystem – first from my position as COO, and now from my position as CEO of diaTribe – is not nearly as thrilling as the marked improvement in my blood glucose levels as a result of everything I am learning every day at this organization. I’m grateful that I can be a part of sharing that essential information with our readers to help them, too.

In my time at diaTribe, I’ve learned how hard it is for people with diabetes to make decisions about everything they eat and nearly everything they do, and what a great source of information our weekly newsletter, diaTribe Learn, is. Who knew that there are at least 42 factors that affected blood glucose? And by the way, when did it become okay for friends and even complete strangers to comment on so many decisions…right down to whether I really need to eat another cookie. Seriously?! We have to do something about the stigma around diabetes – it is so disheartening – and we will!

So, I couldn’t be happier to be working side by side (on Zoom these days) with the amazing group at diaTribe who are focused on helping people with diabetes live happier and healthier lives and working to bring us a little hope. I couldn’t be happier to connect with so many amazing partners in the diabetes space such as Thom Scher at Beyond Type 1, and Jeff Dachis at One Drop, and Erin Callahan and AJ McCulloch at the American Diabetes Association, and Martin Erikshøj at Novo Nordisk… each helping me along the way get smarter, stay motivated, and create real change.

Thank you for the faith that the diaTribe Board of Directors has placed in me by promoting me to CEO, especially Kelly Close, Dr. Alan Moses, Dr. Orville Kolterman, Marjorie Sennett, Dr. Faith Foreman-Hayes, and of course, Jeff Halpern. Thank you to our Chief Sustainability Officer, Caroline Pappajohn, for all of her patience and mentoring. Thank you to the incredible staff at diaTribe. And most of all thank you, gentle readers, for letting us into your inbox every week with a new edition of diatribe Learn. I will do my best to expand our efforts to help you and as many people with diabetes as possible as we work together to figure out how to navigate the complexities, and ease the burden, of this condition.