My Name Is Boaz 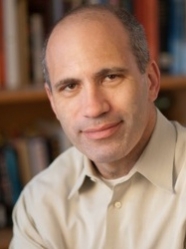 Readers of this column know that I often write about children. Kids have always given diabetes a special poignancy. We associate disease with age, but diabetes – type 1 and increasingly type 2 – violates some unspoken law. Much has been written about diabetic youth, but it’s almost always written by an adult.

This column was sent to me by a friend, Deborah Alkalay, whose son, Boaz, wrote this essay. It’s a rare glimpse into diabetes through the eyes of a child. Boaz is a smart, friendly kid and – as you’ll see – wise beyond his years. -- JSH

My name is Boaz. I’m nine years old and I want to tell you a story about a time when I was diagnosed with diabetes. It was a scary time and it changed my life.

A few weeks after my fifth birthday, my mum had to go away to England because my Grandpa had died. I felt very sad when she was away because I missed her and Grandpa very much. I felt like I wanted to climb inside a cave and hide and never come out.

I was happy when mum came home again but I still remember feeling sort of sad and a little tired and very thirsty. If I imagined a lake of water I thought that I could drink it all up. Maybe I was a fish. Funny thing was, however much I drank, I still felt thirsty. Mummy told me that because I drank so much, she had to change the sheets on my bed a few times in the night. Daddy told me not to eat crackers or salty things because maybe that was making me thirsty.

Then one day I drank a cup of hot chocolate and was very sick. Mummy took me to the doctors and he checked me. The doctor looked serious when he spoke to mummy, but he smiled at me. “You’ll be alright,” he said. I smiled back at him. “I hope so,” I said, though I was starting to feel even more tired and even more sick.

Mummy and Daddy fixed things up at home with my two sisters and a babysitter and I remember waving goodbye. She was my favorite babysitter and I wanted to be with her, not driving to the hospital with my bag packed. What was the matter with me, I wondered? Was I going to die? Would the doctors find me a medicine so I would stop feeling like a fish?

When I woke up, daddy told me we were in the ER ward at the hospital. “What’s that?” I asked. “A place where doctors look at important cases quickly,” he told me. Was I an important case? I knew what important was but I didn’t feel like a suitcase.

After a while a lady in a white coat with a kind smile called me into a smaller room where there was just one bed. She asked me to put on a cotton robe and lie down on the bed. A doctor came in. He was also dressed in a white coat. “How are you?” He was looking at some kind of chart that the nurse had given him, then he turned to smile at me. “Not feeling too good,” I told him.

“Well, we’re going to make you feel much better soon.”

He took hold of my arm and had a needle in his other hand. “This is going to prick,” he told me, “but it will soon be over.” I had to stretch out my arm.

“Hold your arm steady, young man.” How could I hold my arm steady when it was hurting so much? I wished that I was a porcupine. Then it wouldn’t matter if they stuck another needle into me.

The next moment I felt a sharp pain, like someone had stuck a knife into me. “Hold your arm steady, young man.” How could I hold my arm steady when it was hurting so much? I wished that I was a porcupine. Then it wouldn’t matter if they stuck another needle into me. The doctor put me on a drip. That’s a big machine that was able to give my body the medicines it needed, even while I was asleep. I was so tired. The doctor told me to go to sleep. I asked mummy if I could hold my special frog. He’s called Froggy and he’s green, and one of my best friends gave him to me for my birthday a few years ago. I felt better holding onto Froggy and thinking about my best friend.

When I woke up I looked around. I was in a different room. The walls were bright blue like a summer sky. The room smelt funny, like the cleaning liquid that mummy uses to wipe around the bath. Daddy was sitting by my bed and reading, but when he saw that I was awake, he took hold of my hand. “What’s the matter with me, daddy? Am I going to die?” That was the most important question I needed to ask. “No, Boaz.” Daddy held my hand a little tighter. “But you do have a condition called Diabetes.” That was the first time I heard the word that people would call me from now on. “Dia – betes.” I didn’t like the sound of it. It even had the words “Die” and “beat” in it and I thought they did not sound good.

Daddy explained to me that this “condition” meant that my body could no longer produce insulin on its own. “Insulin is important because it helps our bodies digest sugars. It then converts these sugars into energy so we can play sports and run around and feel fit and active.”

“Then I won’t be able to do sports again?” I remembered playing soccer in the fall with my friends. I loved to play. “You’ll be able to play anything you want when your body is strong again. But we will have to give you insulin by injection so that you will stay fit and strong.”

I thought about taking those injections for another day, maybe another week or two. I didn’t like the idea at all. “How long will I have to take those injections?” I asked. Daddy moved a little closer to me and I could see that he looked red around the eyes. “Until the doctors can find a cure, Boaz….”

I thought for a moment. “That could be a long time,” I said.

“Yes,” daddy replied, “that could be a long time.”

I remember being in the hospital over the next two days. The nurses kept coming in and showing mummy or daddy, or both together, how to give me an injection. Although these injections may have hurt less than the first one, I still felt like a porcupine with lots of needles stuck into me. How I wished that I was a bird and could just fly away. Every time I ate some food or had a snack I would have an injection. I didn’t like it.

I remember once shouting at mummy. “No… No more injections… No… No…” and I ran to the bathroom and locked the door. Mummy sat outside the bathroom door for what seemed like a long time. “Boaz,” she said. “Do you know that your name means strength?” I didn’t want to listen. But she continued, “There are many ways of being strong. Strong isn’t just lifting weights and showing your muscles. You can be strong by going on with your life, even when everything isn’t just the way you want it to be. That takes courage. And that’s something you have to find deep inside you.”

I was listening now, but I still didn’t say anything. Mum continued, “You have to have injections because you need insulin to live. But you can choose how you live. You can be angry all the time, but the only person you’re hurting is yourself. Or you can just take those injections because that’s what you need to do, then find happiness in all those hobbies you love doing.”

I still felt angry, but I waited a bit and I started to think about what mum said. What could I do? I could bang on the door, but that would just make me even angrier. And mummy wouldn’t be too happy about that either. I thought some more. I do like flying kites, playing with my sisters, bouncing basketballs, riding my bicycle, building Lego, zooming cars along my tracks, and I like drawing. Maybe I could ask for a pencil and paper in the hospital and start to draw some of the things that make me happy.

Guess what? I opened the door of the bathroom, just a little bit at first, and peeked out. There was mummy looking kind of sad. I wanted to put my arms around her and give her a big hug. I think she wanted to do the same thing, because suddenly, there we both were, right at the door of the bathroom, giving each other the longest hug you can imagine. It must have stretched all the way to England, which is where my mummy was born.

The next two days weren’t too bad, I suppose. My sisters came to visit me. They brought with them some of my toy cars and my Lego. And the nurses gave me all the paper I wanted and pencils and crayons. I started to draw lots of things and hung them around the room with sticky tape. My neighbor, a man who was staying in a bed next to mine for one night, said how much he liked my drawings. “Thank you,” I said. And then I saw that his legs were very short and that he had a wheel chair next to his bed. I guessed that it would be difficult for him to ride a bicycle or play basketball. Maybe my life wasn’t so bad, after all. My injections didn’t stop me from doing just about anything I wanted to do.

I’ve been taking insulin now for four years, and two years ago, I started using an insulin pump, which helps to deliver the insulin into my body at the press of a button. There have been some scary times, like the time I was rushed in an ambulance to the hospital because my sugar levels went so low that I became unconscious. But there have been a lot of great times too, when I don’t think about my diabetes at all. I think about the Taekwondo yellow belt that I was just awarded, or the chess game when I beat my dad, or making crafts with my little sister, or reading about Greek mythology. Although I live with diabetes every day, I am still just a regular boy in third grade. My name is Boaz and I feel lucky to have a family who loves me so much and good friends. I am also lucky to be alive.