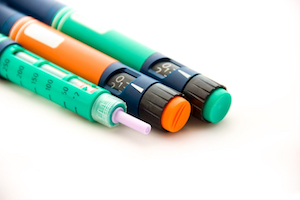 Dr. Ania Jastreboff, of the Yale University School of Medicine, and colleagues presented new data at the ADA 82nd Scientific Sessions in New Orleans, Louisiana, on the SURMOUNT-1 trial, which investigated the effectiveness of tirzepatide, a drug recently approved as Mounjaro by the FDA for treating type 2 diabetes, for the treatment of obesity.

This study that was just published in the New England Journal of Medicine, and the focus of a press conference at the ADA sessions, found that tirzepatide  resulted in a significant dose-dependent decrease in weight in people without diabetes:

Across all doses, there were clinically meaningful and sustained body weight reductions in the study compared to a placebo in people with obesity.

“This is a new era for obesity treatment,” Jastreboff said, discussing the findings. “Starting last year with semaglutide and now with tirzepatide, these medications are much more highly effective than others we have had before.”

Jastreboff said that we live in an “obesogenic environment,” meaning our cultural conditions predispose us to obesity, with high-stress lives, fast food, and sedentary lifestyles. In this environment, our “body-fat set point” keeps increasing because of an evolutionary drive to maintain body weight, she said.

However, since we are no longer at risk for starvation, our biology is misaligned with the environment around us – hence obesity is not an individual problem but a structural, societal problem. Jastreboff cited an example as when you feel pressured to eat more food when you are eating out with your friends (“especially in New Orleans!”).

Tirzepatide plays a role in weight reduction in several ways including by making you experience satiety (feeling full) sooner, leading to you eating less food. After you lose weight and your “body-fat set point” decreases, you will regain your appetite. When it is approved by the FDA in the future, tirzepatide will join semaglutide and bariatric surgery as one of the three leading options for obesity treatment.