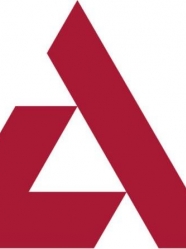 Twitter summary: new @ADA_Journals study reports skyrocketing costs of prediabetes and #diabetes in the US – $322 billion a year!

The ADA recently announced results from a study (to be published in the December issue of Diabetes Care - see here for a PDF of the report) demonstrating that the economic burden of prediabetes and diabetes has increased by a massive 74% and 48%, respectively, from 2007 to 2012. The study found that in 2012, diabetes (including diagnosed, undiagnosed, prediabetes, and gestational diabetes) led to more than $322 billion in excess medical costs and lost productivity. This cost amounts to more than $1,000 for every American. These costs also demonstrate a 48% overall jump in costs over only five years, with 27% coming from the growing number of diabetes diagnoses (simply more people with diabetes) and 14% from the increasing cost of diabetes care. Even more concerning is the finding that in the same time period, the economic burden of prediabetes rose by 74% to $44 billion, and the cost of undiagnosed diabetes increased by 82% to $33 billion. These numbers illustrate the urgent need for more prevention and early treatment of diabetes. As we noted in diaTribe #71, it’s encouraging to see the USPSTF recommendation earlier this year, which expands the criteria for diabetes screening. While greater education on lifestyle intervention during prediabetes is without a doubt needed, we also hope to see more movement toward approval of drugs specifically for a prediabetes. For more background on the enormous unmet needs in prediabetes, please see Kelly Close’s presentation on the topic at September’s FDA Advisory Committee meeting for Novo Nordisk’s Saxenda (liraglutide for obesity). -MA