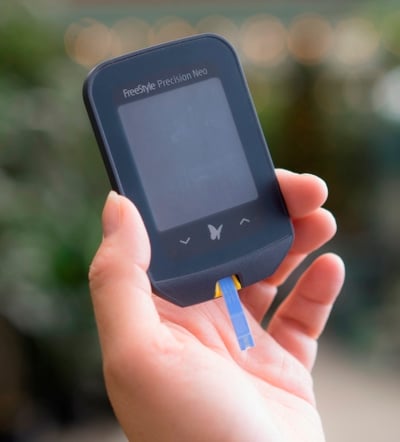 Abbott recently announced the launch of the FreeStyle Precision Neo, its newest blood glucose meter. The Neo received FDA clearance back in September 2014 and has been available in Europe since September 2013. The Neo meter and test strips are already available online at major US retailers like Walmart and CVS.

Abbott’s goal with the Neo is to offer very high quality strips to those purchasing them without insurance. As a result, the meter launched with a “Skip the Copay” program. The Neo meter retails for $22-27, and the test strips are available without a prescription (over-the-counter) at $14-17 for 25 strips. For those without insurance, Abbott’s strips are in the middle of the road – more expensive than Wal-Mart’s Reli-On Prime and CVS-branded meters ($4-6 for 25 strips), similar to a Walgreens-branded meter ($13-18 for 25 strips), and cheaper than paying cash for strips from LifeScan, Accu-Chek, and Bayer (ranging from $20-44 for 25 strips). 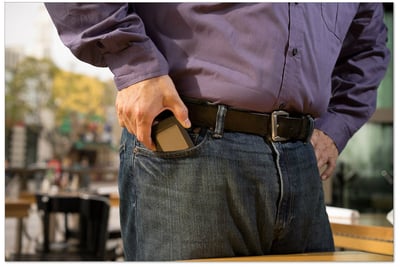 From a design standpoint, the Neo lacks the bells and whistles of the most innovative meters (e.g., color screen, connection to an app or cellular network, on-device pattern recognition), although it does flaunt a very thin design (thinner than an iPhone 5). Each test takes five seconds and requires 0.6 microliters of blood – this is a bit more than the industry-leading 0.3 microliters in other FreeStyle meters, but a very small amount relative to the majority of other meters. The Neo’s test strips are packaged individually in flat foil, aimed at greater convenience for testing. For more on the Neo’s design, you can see its introduction video here.

Bottom line: The Neo itself is simple and basic feature-wise, though since many patients have financial barriers, it could be a great way to access high-quality blood glucose testing at an affordable price. –SK